Since the start of the new school year in september 2016, 50 new multifunctional Canon printers replace the ancient Xerox printers for the students. Some old machines are still avoilable for coworkers only, until the new system implementation is complete.

These machines can photocopy and scan documents. That’s why they are called “multifunction”.

Canon printers are grouped in two printing queues, that allow to print in color or black and white. The 25 color printers are fitted with “finishers”, which allow to staple or put the documents together.

Every printer can release documents from both queues. If you want to print a file in the black and white queue from a color printer, the document will simply loose its colors. This is the best way to avoid paying color pages while you wanted black and white. 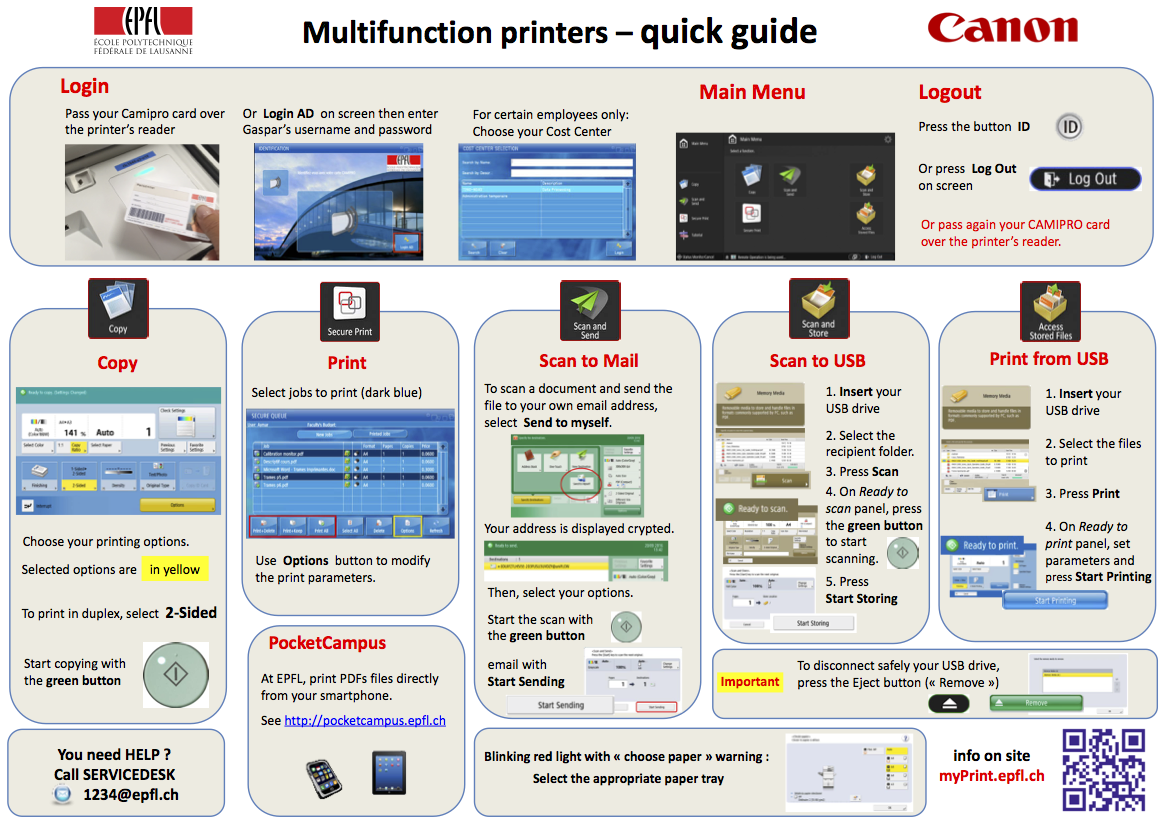