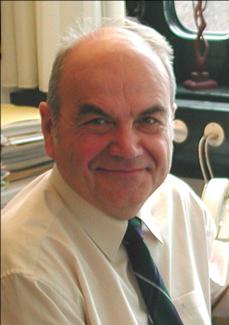 Albert Renken was born in Hannover (Germany) in 1941. He studied chemistry at the University of Hannover, where he earned the Master (Diploma) degree in 1966 and the PhD in 1968. In 1973 he obtained the Habilitation in Chemical Engineering. From 1970 to 1977 he was lecturer in Chemical Reaction Engineering at the University of Hannover and worked from 1973 to 1977 at Hoechst Ltd., Frankfurt (Main) as a group leader in the Department of Chemical Engineering. In 1977 he became Professor in Chemical Reaction Engineering at the Swiss Federal Institute of Technology in Lausanne and retired in 2006. His scientific interests are: Heterogeneous catalytic engineering, unsteady-state operation of chemical reactors, structured catalytic reactors, and micro-structured reactors. AR was member of the research council of the Swiss National Science Foundation (Division of Mathematics, Natural Science and Engineering) from 1992 until 2000, member of the Swiss Innovation Promotion Agency (CTI) from 1999 to 2006.