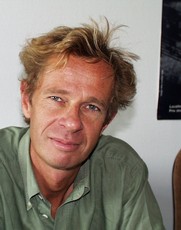 Prof. G. Bodenhausen studied chemistry at ETH in Zurich, obtained an Oxford D.Phil degree with Ray Freeman (1977), and carried out post-doctoral work with Bob and Gitte Vold at the University of California in San Diego.

He worked at the Massachusetts Institute of Technology (MIT) with Leo Neuringer and Bob Griffin, before joining Richard Ernst’s team at ETHZ (1980). He was appointed associate professor at the University of Lausanne (1985), Professor at Florida State University, Tallahassee (1994), and at the Ecole Normale Supérieure (1996), a position which he holds in parallel with a part-time appointment at the Swiss Federal Institute of Technology Lausanne (EPFL).

He is a Fellow of the American Physical Society and a Corresponding member of the Royal Academy of Sciences of the Netherlands. He chairs the Board of Trustees of EUROMAR, the European society that organizes annual meetings in the field of magnetic resonance.
He has worked on two-dimensional Fourier transform spectroscopy, relaxation and coherence transfer from the very beginning.