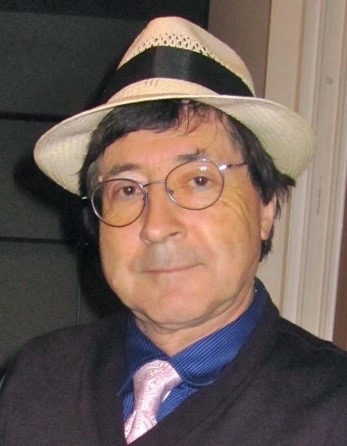 Jean-Claude Bünzli is active in the field of inorganic chemistry and focuses on rare earths and their applications in biosciences. He has a broad expertise ranging from teaching to higher education management and research leadership. He earned a degree in chemical engineering in 1968 and a PhD in 1971 from the Swiss Federal Institute of Technology, Lausanne (EPFL).
After spending two years at the University of British Columbia as a teaching postdoctoral fellow (photoelectron spectroscopy) and one year at the Swiss Federal Institute of Technology in Zürich (physical organic chemistry) he was appointed in 1974 as assistant-professor at the University of Lausanne. He launched a research program on the coordination and spectroscopic properties of f-elements and was promoted to full professor of inorganic and analytical chemistry in 1980.

In 2001 he transferred to EPFL where he founded the Laboratory of Lanthanide Supramolecular Chemistry.
During 2009-2013 he additionally acted as World Class University professor at Korea University (South Korea) at the WCU Center for Next Generation Photovoltaic Devices. In 2016, he has been appointed as adjunct professor at the Haimen Institute of Science and Technology (Haimen, Jiangsu, P.R. China) which is a satellite campus of Hong Kong Baptist University.
Trained as a physical inorganic chemist, his present research interests deal with various aspects of luminescent lanthanide coordination and supramolecular compounds. He is developing luminescent bioprobes and bioconjugates for the detection of cancerous cells with time-resolved microscopy as well as luminescent materials for various photonic applications, including solar energy conversion.
He has published more than 360 papers, has given 259 invited lectures and presented 260 contributed communications. He has collected >18’000 citations (h factor = 66).
In 1989, he founded the European Rare Earths and Actinide Society which coordinates international conferences in the field (cf. http://ereswww.epfl.ch) and for which he is presently acting as president. He is also the senior editor of the Handbook on the Physics and Chemistry of Rare Earths.

Jean-Claude Bünzli was appointed as Invited Professor at Lanzhou Northwest Normal University (1989), the Université Louis Pasteur, Strasbourg (1996), Science University of Tokyo (1998), Université Catholique de Louvain-la-Neuve (2008), Université de Rouen (2011), as Senior Scientist at the University of Oxford (Keble College, U.K., 2013), Distinguished Lecturer at Hong Kong Baptist University(2014), and invited scientist at Fujian Institute of Research on the Structure of matter (Chinese Academy of Sciences, 2014-2015, distinguished Lu Xiaji lecturer).
He acted as the elected Dean of the Faculty of Sciences (1990-1991) and as one of the elected Vice-Rectors of the University (1991-1995), in charge of students’ affairs and of research programs in the field of biomedical sciences. He has been members of academic review panels in China (1989, 2014), Norway (1996-7), France (1998-2000), Switzerland (2001-3), and Ireland (2005-8).