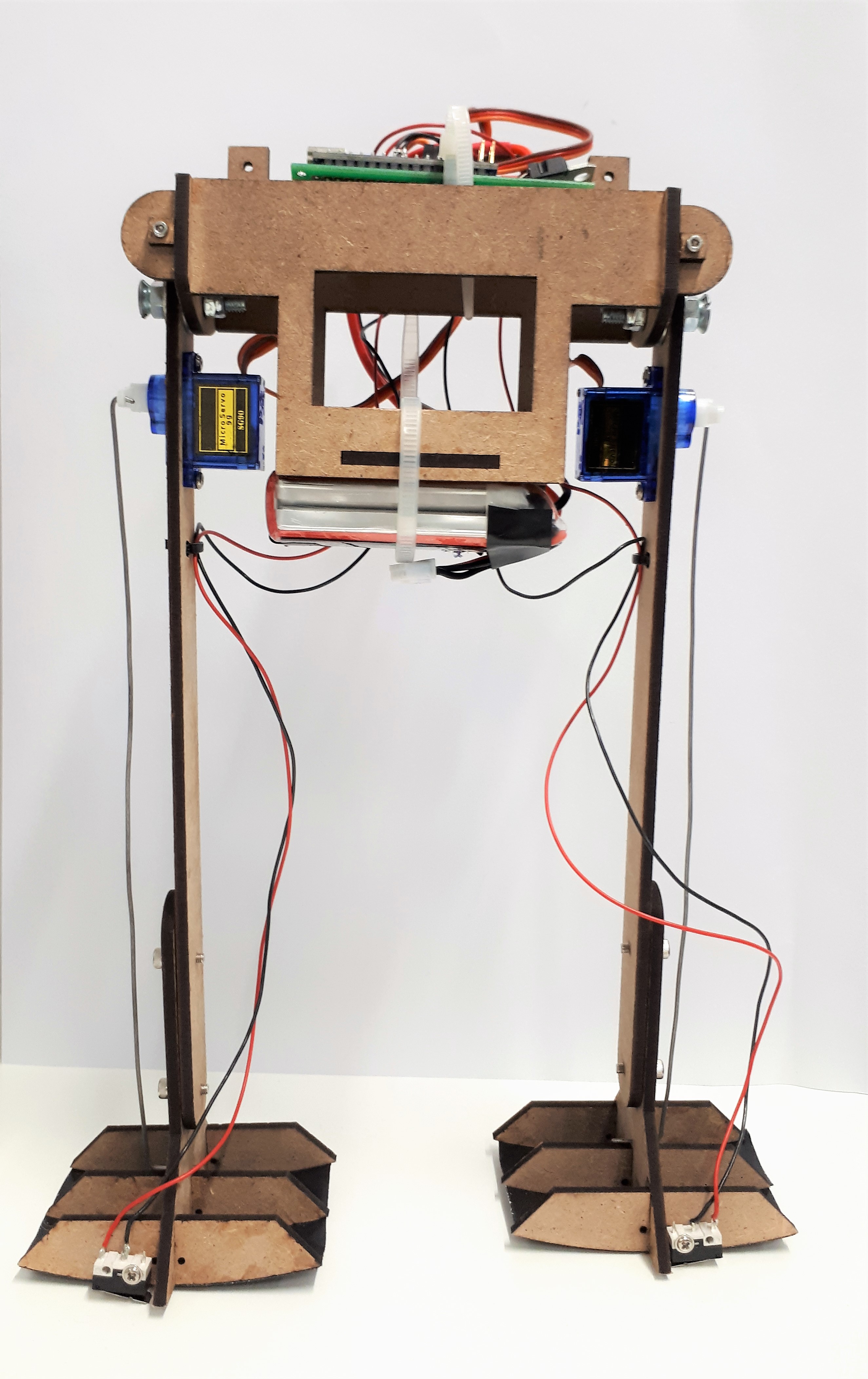 The goal of this project was two make a two-legged version of a four legged dynamic walking robot, Rando created by Matthew A. Robertson and Amy R. Wu (www.bot-hed.com). The robot being created in this project, “Rando/2”, kept the same mechanisms, and while the robot was running, the trailing leg was actuated to restore the appropriate amount of energy that was lost between each step so that it could continue walking. It also kept the same functionality, as it walked and demonstrated the principles of inverted pendulum. Finally, it should be accessible by using maker-style techniques and having a relatively low manufacturing cost. With these requirements, a first lateral stabilisation mechanism was tested. However, that was not actually necessary, as the simple action of the feet push-off gave enough strength to the robot to swing on each side. Subsequently, two designs of the upper body were tested to obtain different distances between the two legs in order to better manage the tilt angles. The best design was the one that had a distance of 115mm between the two legs. Walking performance was increased by modifying the shape and length of the robot’s feet. The best robotic foot was the one with a curvature radius of 200mm and an arc length of 72mm in the sagittal plane. The lateral parts had a curvature radius of 150mm and an arc length of 76.49mm. Finally, the robot successfully walked a distance of over 1.5m in less than two minutes.