We are glad to show Salamandra robotica II, the new generation of our amphibious salamander-like robot. The robot is described in an article published in IEEE Transactions in Robotics, and has been invited to the Innorobo 2013 robotics exbibition that took place from March 19th to March 21st 2013  in Lyon.

Compared to its predecessor Salamandra robotica (see below), the new robot swims more than twice as fast, is equiped with foldable limbs, and embarks more powerful microcontrollers that allow distributed computation of our models of spinal cord neural networks as well as the simulation of muscle properties. It is one of the few robots, if not the only one, that can swim, crawl, and walk. Its modular design allow us to rapidly change its morphology (e.g. make it longer, add or remove legs, etc.). Also its modularity means that each module has its own microcontroller, battery, and motors, and therefore we can split the robot in different parts and it would still work. This can have interesting implications in terms of robustness against damage. For instance, the robot could loose parts of its body and still be able to walk. See a movie below.

The primary purpose of this robot is to serve as a scientific tool to test hypotheses about the neural circuits underlying locomotion in the spinal cord of vertebrate animals. For this, we work with neurobiologists, in particular Prof. Jean-Marie Cabelguen from the University of Bordeaux, and make models of the central pattern generators that are known to control locomotion in vertebrate animals. These sophisticated circuits can produce complex locomotor patterns while receiving only simple command signals from upper parts of the brain. Read more about this below (e.g. an article that appeared in Science in 2007).

A second purpose of the robot is to pave the way for amphibious service robots that could be used for inspection tasks or for search-and-rescue missions (e.g. after an earthquake, flood, or mudslide). 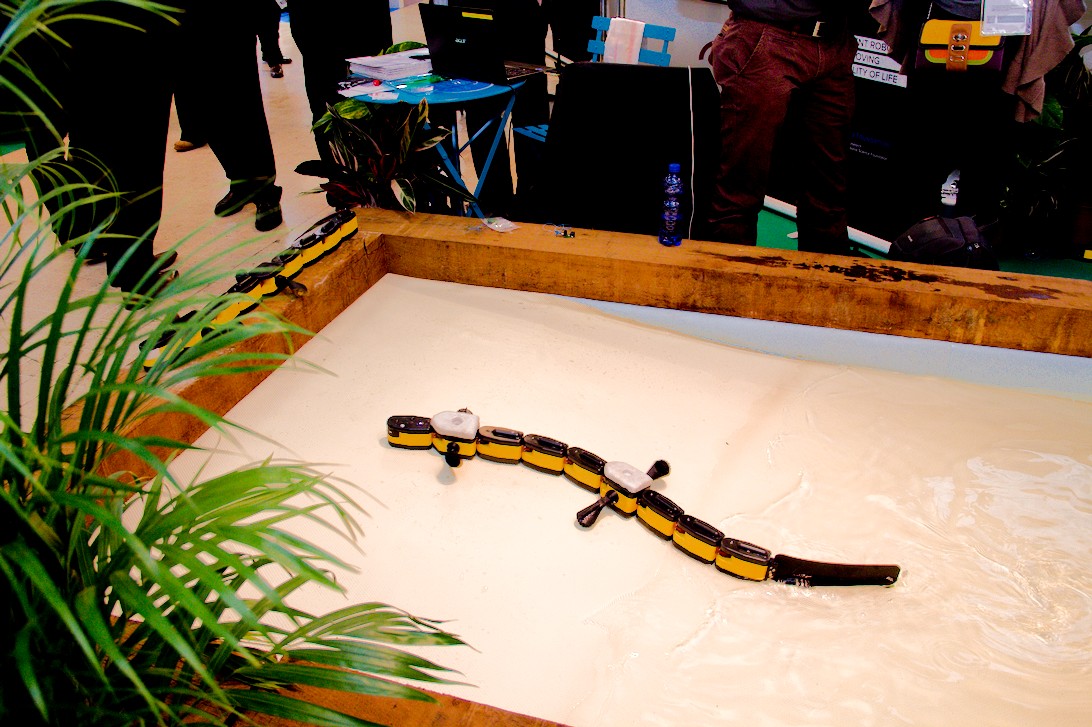 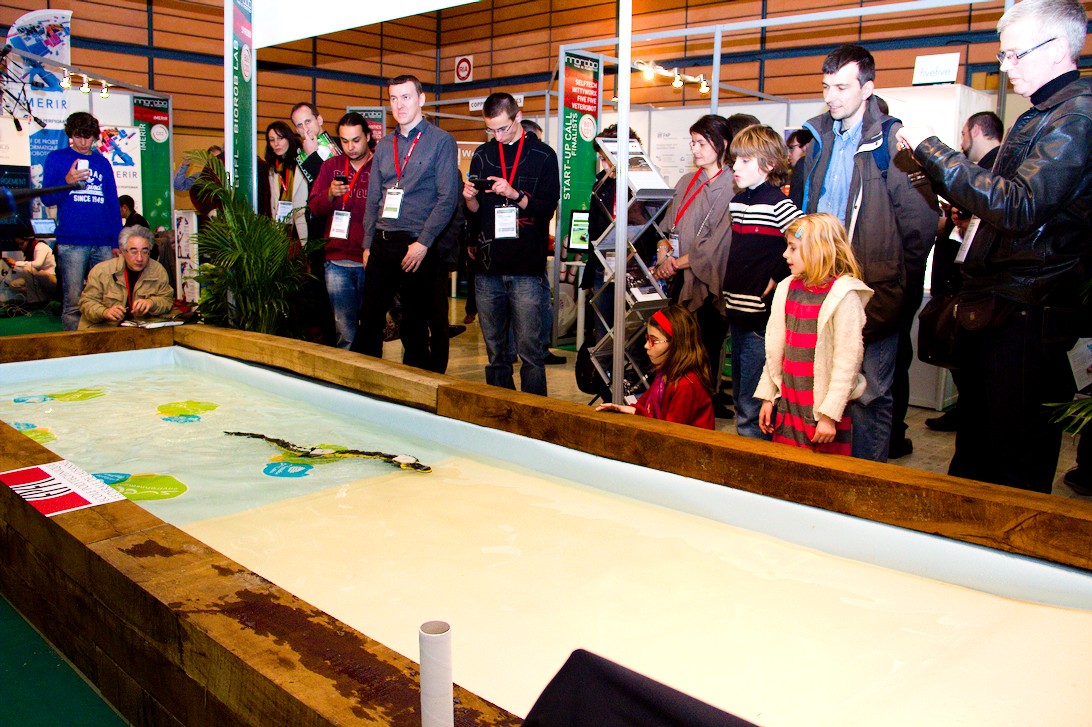 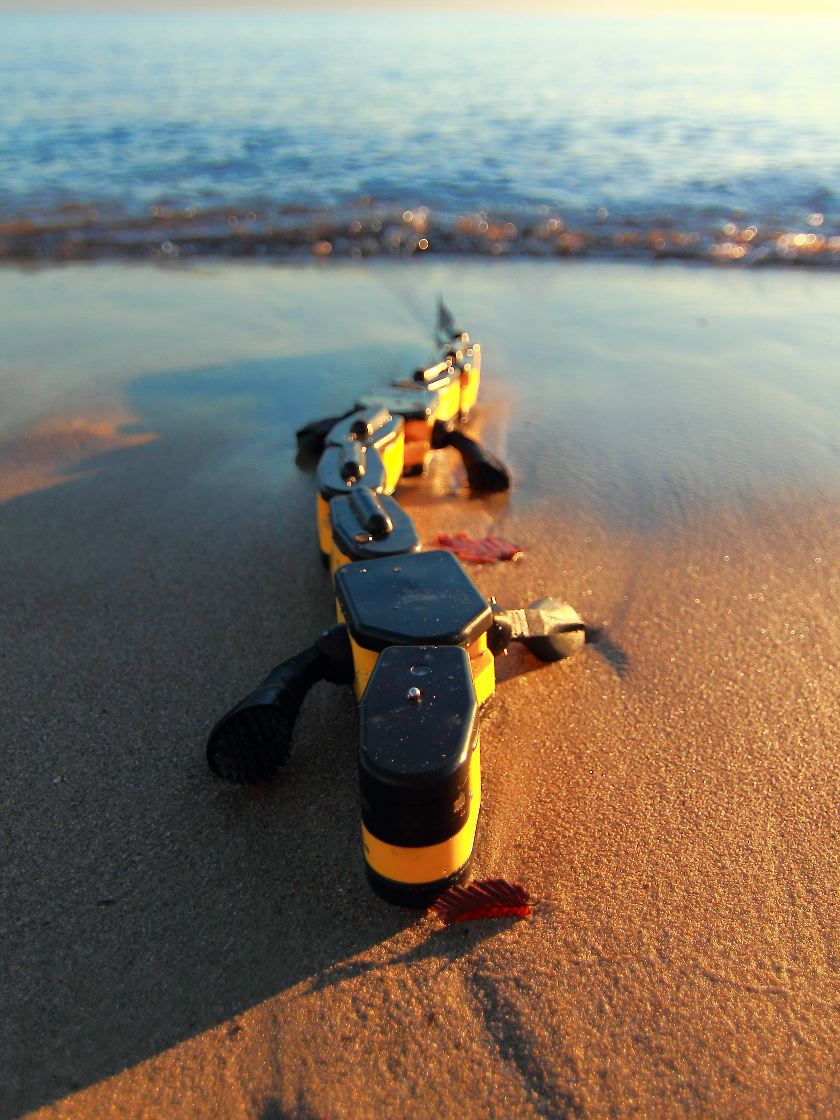 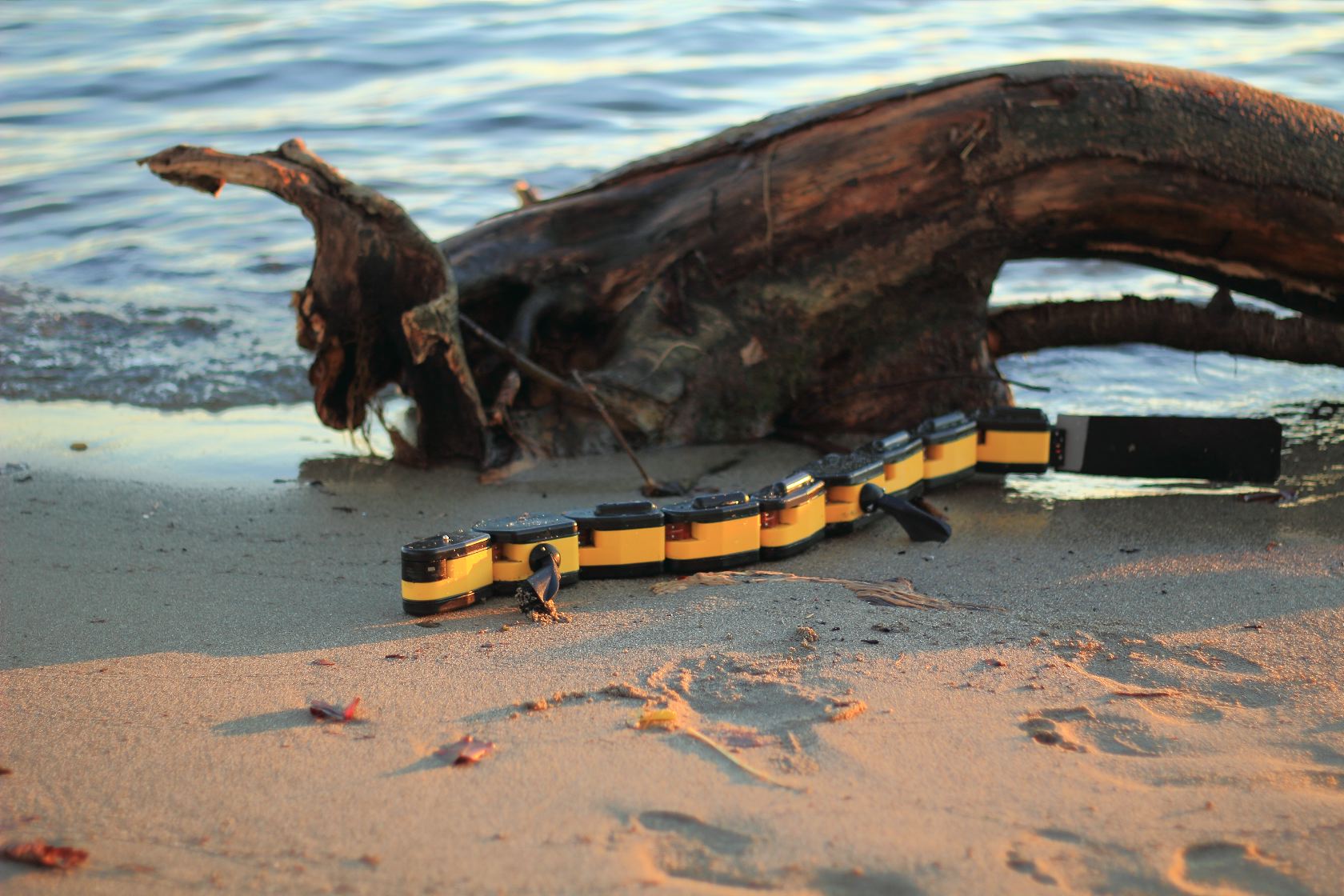 Movies of the new robot: (HD versions available on request)

Feel free to use pictures without prior permission provided they are credited as follows: Kostas Karakasiliotis, Biorobotics Laboratory, EPFL. 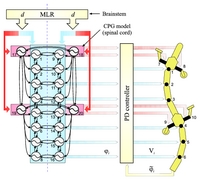 This page describes a model of the salamander locomotor circuit and its implementation in our salamander-like robot: Salamandra robotica. This work appears in Science’s March 9 2007 issue. It extends previous work we did on salamander locomotion using neuromechanical simulations.

Using the salamander as an animal model, we address three fundamental issues related to vertebrate locomotion: (i) the modifications undergone by the spinal locomotor circuits during the evolutionary transition from aquatic to terrestrial locomotion, (ii) the mechanisms necessary for coordination of limb and axial movements, and (iii) the mechanisms that underlie gait transitions induced by simple electrical stimulation of the brain stem. We address these questions with the help of a numerical model of the salamander’s spinal cord that we implement and test on a novel salamander-like robot capable of swimming and walking. Consequently, this study is also a demonstration of how robots can be used to test biological models, and in return, how biology can help designing robot locomotion controllers.

The model simulates the central pattern generator (CPG, i.e. a circuit capable of producing coordinated patterns of rhythmic neural activity) underlying locomotion in the spinal cord. It is implemented as a system of coupled nonlinear oscillators and runs on a microcontroller on board of the amphibious robot. To the best of our knowledge it is the first robot that combines the three modes of locomotion — swimming, serpentine crawling and walking — in a single robot. Simple drive signals are sent wirelessly from a laptop to the robot to modulate locomotion, similarly to how upper centers in the brain send simple signals to the spinal cord for initiating and modulating locomotion. The purpose of the robot is three-fold: (i) to show that our CPG model can generate forward motion with variable speed and heading (i.e., aspects that need a “body” for validation and cannot be studied at a neuronal level alone), (ii) to qualitatively compare the gaits generated to those of the real salamander, and (iii) to show that the concept of CPGs can lead to robust locomotion control for robots with multiple articulated joints.

Our work demonstrates that the spinal cords contains rather sophisticated neural circuits that can control complex locomotion while receiving only high-level command signals. In particular, we demonstrate how a primitive neural circuit for swimming like the one found in the lamprey can be extended by phylogenetically more recent limb oscillatory centers to explain the ability of salamanders to switch between swimming and walking. Our work also suggests a mechanism that explains how gait transition between swimming and walking can be obtained by simply varying the level of stimulation of the brain stem. The mechanism is based on two hypotheses: (1) that limb oscillatory centers are slower than body oscillatory centers, and (2) that limb oscillatory centers saturate (i.e. stop oscillating) when receiving a high level of drive. The first hypothesis had been confirmed with new biological experiments (see the Sup. Mat. on the Science website). This type of automatic gait transition induced by simple electrical stimulation has been observed in many vertebrates but is yet poorly understood. Additionally our model explains how the coordination between body and limbs is maintained during locomotion. Finally, the model also gives a potential explanation of how salamanders control their speed and direction of locomotion, by respectively modulating the level and the asymmetry of drive applied to the spinal cord.

Image and Video use

The AVI files require the Xvid codec (see http://www.xvid.org) if your player does not support it directly (most modern players should).

High resolution pictures (between 4.0 and 15.0 MB, same order as above)