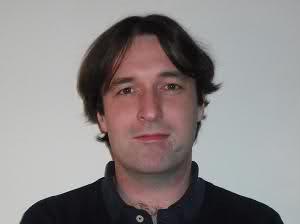 Yannick studied Electrical Engineering (EE) at the Institut Supérieur d’Electronique et du Numérique (ISEN) from 1998 to 2000. He then joined Florida Atlantic University’s (FAU) department of Ocean Engineering (OE), where he began work on robotics, unmanned vehicles, and research on automatic control under the direction of Dr. Alexander Leonessa. He was awarded a MS in EE by ISEN in September 2002, and a MS in OE by FAU in December 2002. The topic of his Master’s Thesis was the nonlinear adaptive control of a large class of marine vehicles, with particular applications to a specific type of autonomous underwater vehicle.

After working as system engineer on a marine autonomous surface craft, still within FAU’s OE department, Yannick joined University of Central Florida’s (UCF) department of Mechanical, Materials and Aerospace Engineering (MMAE) in 2004, where he studied towards a Ph.D. in the aerospace track. He research work while at UCF concerned issues related to the application of nonlinear adaptive control techniques to practical examples; issues including actuator amplitude and rate saturation, partial information feedback, and various degrees of system uncertainty.

In 2007, Yannick transferred to the Virginia Polytechnic Institute and State University (VPISU), where he finished work on his dissertation under the direction of Dr. Leonessa within the Vibration and Acoustics Laboratory (VAL). The topic of his dissertation was the applied nonlinear control of uncertain systems in general, with special applications to unmanned vehicles. In addition to the results developed while at UCF, the dissertation featured a novel nonlinear observation technique, relevant to a wide range of nonlinear systems including systems nonlinear in the unmeasured state variables, and a novel nonlinear output feedback control framework for uncertain systems, in which the adaptation mechanism is replaced with an output predictor capturing the essential dynamical features of the system. Yannick was awarded a Ph.D. in Mechanical Engineering in spring 2009.

The formation of the faintest galaxies in cosmological simulations: from the impact of primordial magnetic fields to the metal enrichment of present day dwarfs by first stars

Mechanics of Physical Knots: From Filaments in Contact to Surgical Suturing

Do phages contribute to the success of microdiverse bacterial populations in glacierfed streams?

Do phages contribute to the success of microdiverse bacterial populations in glacierfed streams?