In a fusion reactor, most of the plasma heating will be provided by the highly energetic α particles, generated by the fusion reactions, corresponding to the so-called burning plasma regime. These highly energetic ions are expected to exert a strong influence on plasma properties, such as temperature and density profiles, turbulence, equilibrium, etc., via direct heating, by exciting instabilities or by interacting with existing instabilities. The specific aspect of the interaction between highly energetic ions and small-scale (drift wave-like) turbulence is an open problem in fusion plasmas. In TORPEX, we investigate the interaction of fast ions with drift/interchange instabilities and/or fully developed turbulence on both experimental and theory side. 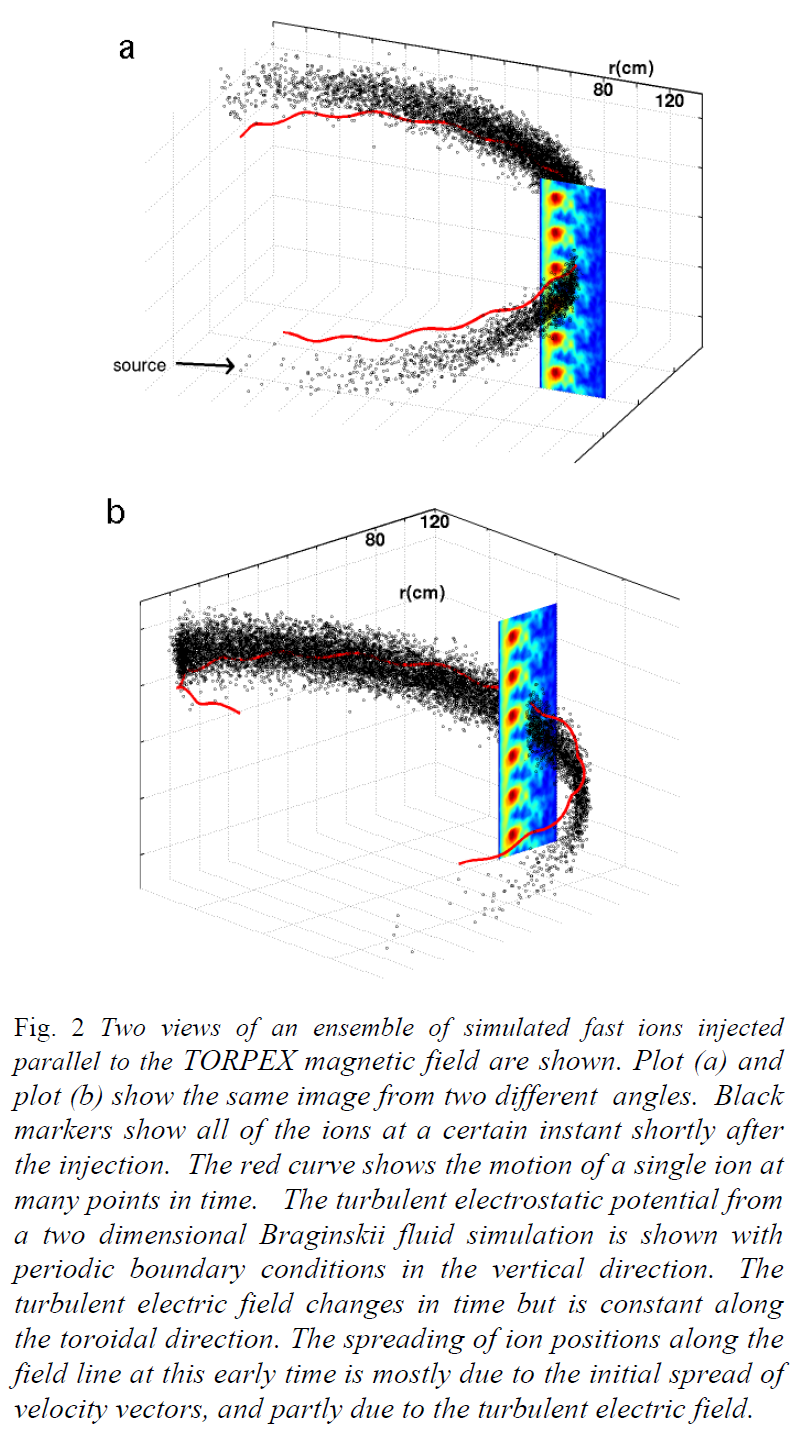 To help the interpretation of the experimental data, a fast and flexible ion tracking code has been developed in modular Fortran. This code solves the full Lorentz equation with the TORPEX magnetic geometry and the two dimensional electric fields provided by GBS fluid simulations. The code serves two related purposes. First, it can be coupled with a synthetic diagnostic to compare simulation results directly with data from the TORPEX fast-ion source/detector pair. Second, it can be extended beyond the spatial and temporal limitations of the existing TORPEX diagnostics to find the asymptotic behavior of the fast ions. Examples of numerical simulations of the turbulence-induced fast ion diffusions are shown in Fig. 2. This application leads to a deeper understanding of fast ion physics in interchange turbulence (as seen in TORPEX) and provides inspiration for future TORPEX diagnostics. As of now, the observation of radial and vertical spreading of the TORPEX fast ions has been confirmed by the simulations. Future developments will aim at obtaining a more quantitative comparison with the data, and also 3D measurements of fast ion profiles at several toroidal positions.