The primary aim of the TCV experiment was to investigate the effects of plasma shape on Tokamak physics that is to study the confinement and transport properties vs. plasma elongation, triangularity and squareness. Development in plasma control, heating (powerful ECH system) and diagnostic tools has allowed investigating transport phenomena in L-mode and improved confinement regimes (H-mode and eITBs), as well as confinement control by local EC heating. The installation of a Diagnostic Neutral Beam injector (DNB) and development of the Charge eXchange Recombination Spectroscopy (CXRS) diagnostic  has lead to systematical studies on plasma rotation. 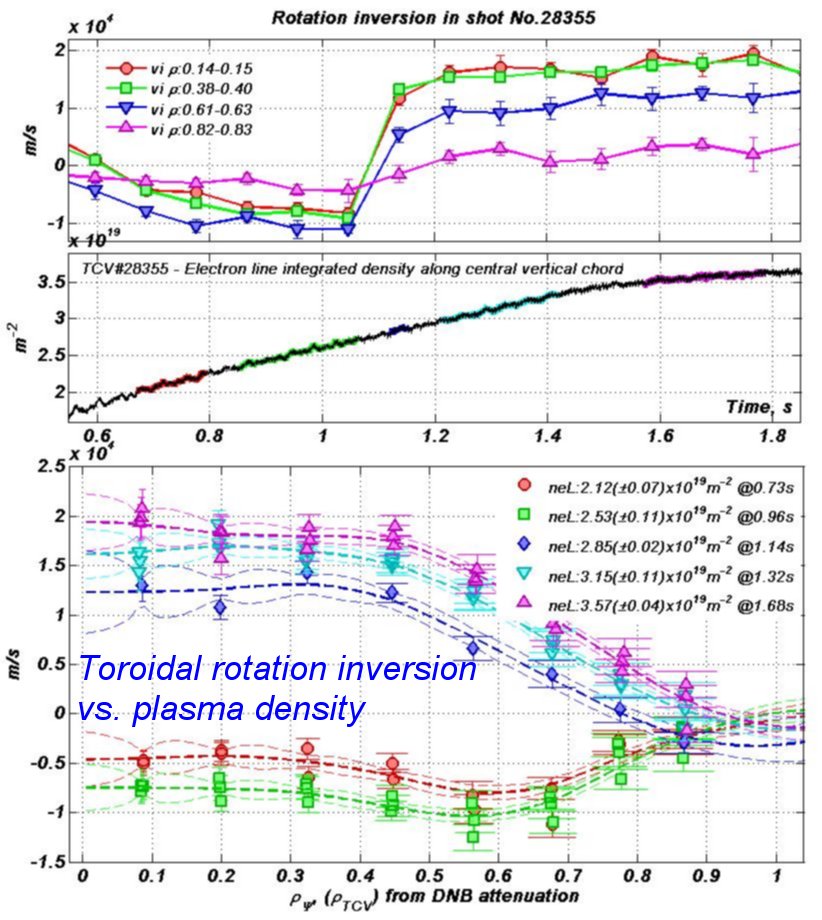 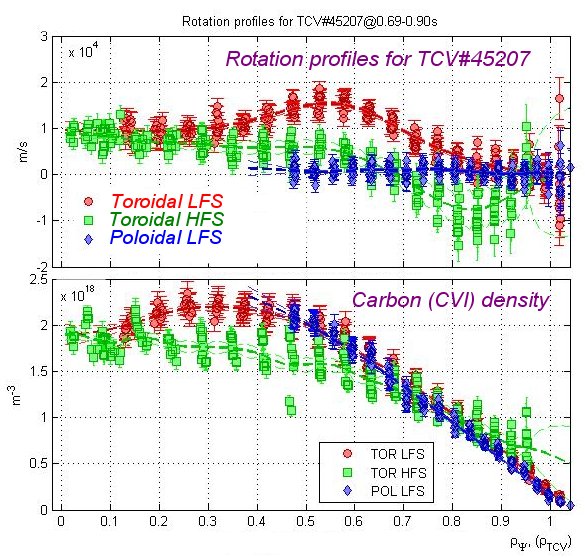 Recent activity on rotation and momentum transport are focused on: