TORPEX is a toroidal device with major and minor radius R=1m and a=0.2m. The device is equipped with a flexible set of magnetic coils, including 28 toroidal coils and 4 vertical coils. These can produce helical magnetic field lines winding around the torus major axis with different pitch. This configuration, referred to as simple magnetized torus (SMT), represents the simplest magnetic confinement configuration incorporating pressure gradients and a magnetic curvature, the main ingredients for the most general wave instabilities and turbulence in plasmas, referred to as drift-interchange. 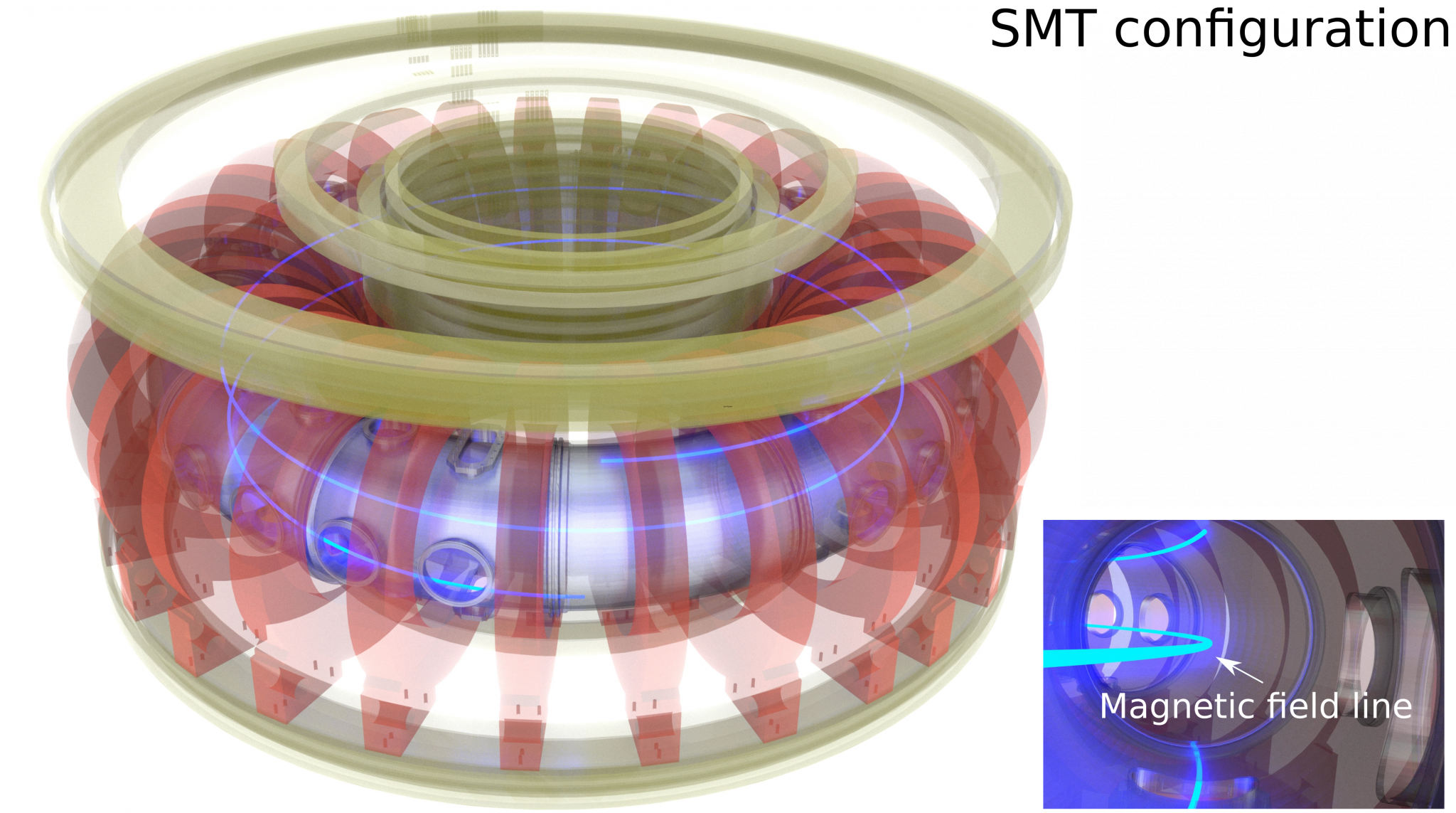 TORPEX is also equipped with a central coil stack allowing for operation with a strong toroidal loop voltage (~150V), generated via magnetic induction. This system has been used to drive an inductive current in the plasma up to ~1kA.

An electrical current up to ~1kA can also be driven in the in-vessel toroidal copper conductor to generate a poloidal magnetic field component, to study plasma turbulence and instabilities in magnetic configurations closer to that of a tokamak [Fasoli NF 2013]. 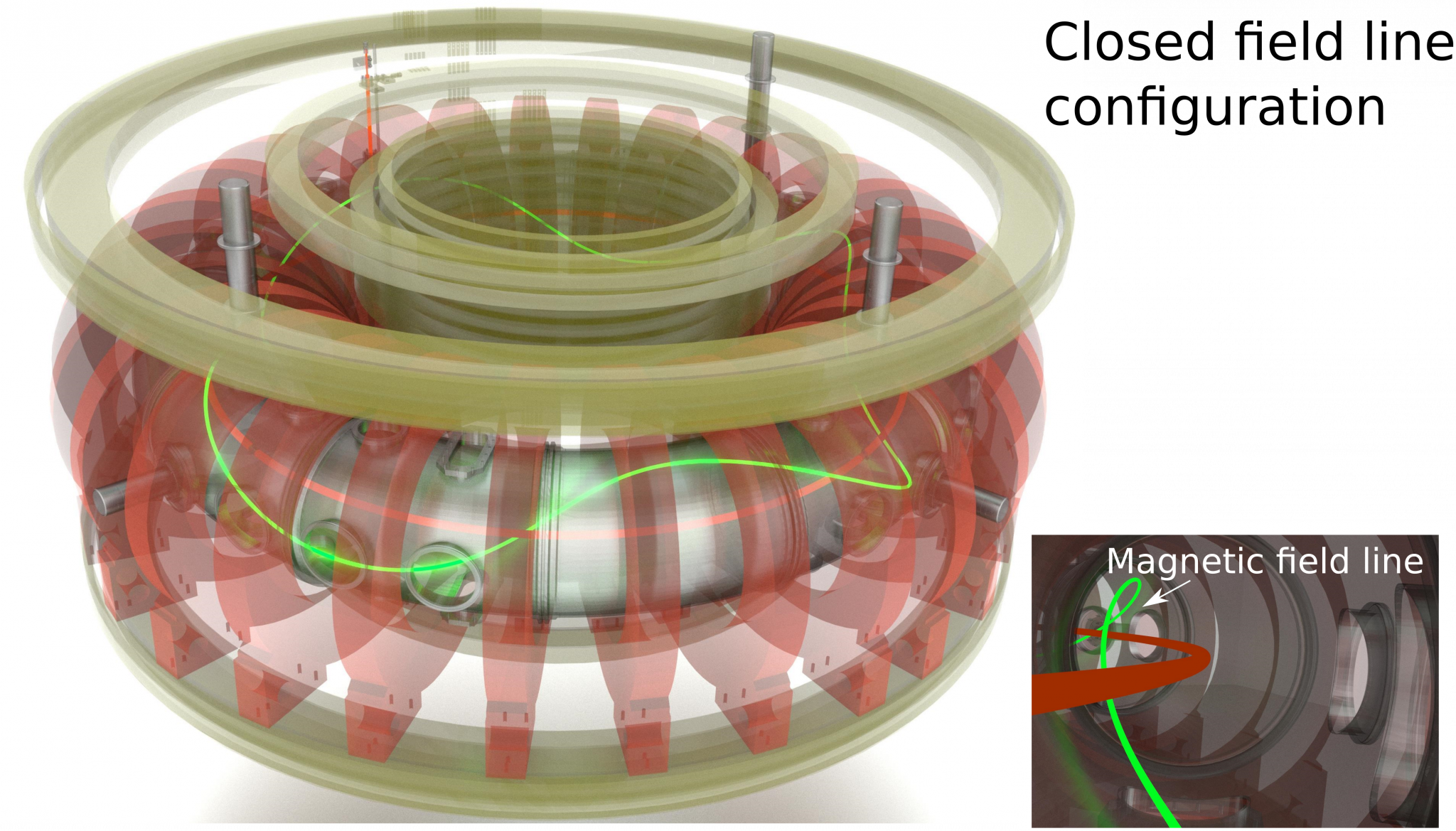 In TORPEX, highly reproducible plasmas of different gases (H, He, Ne, Ar) are created by means of resonant waves in the electron cyclotron (EC) range of frequencies. The microwaves are injected using multiple magnetron sources at f=2.45GHz. Typical plasma density, electron temperature and plasma potential are ne~1016-1017m-3 , Te~5-10eV and Vpl~10-20V. Parameters such as the neutral gas pressure, the location of the EC resonance and the amount of injected power can be varied to control density and electron temperature profiles. The ion sound Larmor radius, a typical scale length for plasma turbulence, is typically about 5% of the plasma radius.