The DLL analytical chemistry platform has instruments capable of separating, identifying and quantifying all kinds of chemical compounds:

Gas chromatography (GC) is a technique for separating molecules from a possibly very complex mixture of very different nature. It is mainly applied to compounds that are gaseous or can be vaporised by heating without decomposition. Gas chromatography (GC) is an immediate analysis method. It allows the constituents of a mixture to be separated according to their partitioning (by solubilisation or adsorption) between two phases, one of which is stationary (solid or liquid) and the other is mobile and gaseous (carrier gas).

This chromatograph is equipped with a single manual injector that can be used in split/splitless mode, as well as a FID (flame ionisation detector). 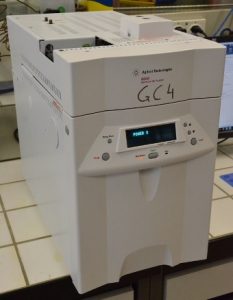 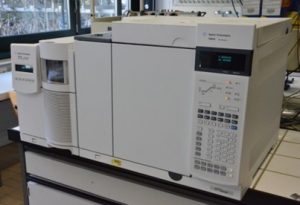 The term HPLC (High Pressure Liquid Chromatography) is reserved for liquid chromatography based on adsorption and partition phenomena. It is applied to the separation of substances with a molar mass of less than 2000 g/mol.

Three complete instruments are available. Each consists of:


One of the three instruments has an additional refracting index detector model 2414 which can be used for the detection of sugars. 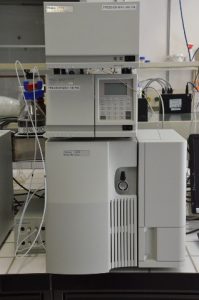 Modular dual ICS-6000 system for the separation of cations and anions.

This separation process is based on ion exchange processes occurring between the analytes in the mobile phase and the resin attached to the column. Ion exchange chromatography is used to separate anions and cations from the following compounds: 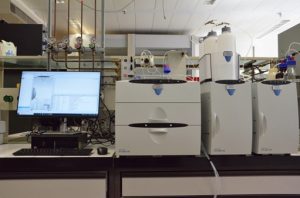 Capillary electrophoresis (CE) is a separation technique that separates molecules in an electric field according to size and charge.

CE is performed in a glass tube called a capillary that is filled with an electrolyte solution. The analytes are separated due to differences in electrophoretic mobility, which varies with charge, solvent viscosity and size. The voltages applied in a capillary electrophoresis experiment are between 10,000 and 30,000 V.

CE has a higher resolution than high performance liquid chromatography (HPLC), which means that separations are more efficient and more peaks can be detected. Detection is by UV absorption (180 – 300) nm directly through the capillary. 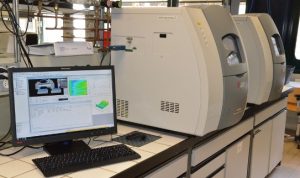 Atomic absorption spectrometry (AAS) is a widely used technique for the analysis of more than 70 elements, sometimes in trace amounts. The analysis is based on the absorption of photons by atoms in the ground state, and aqueous solutions in 2% nitric acid are used for this purpose. The result is a collection of atoms called an “atom pool”, some of which can be excited. 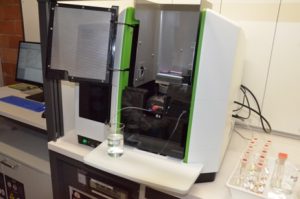 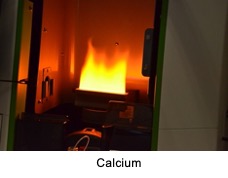 Historically, X-ray fluorescence (XRF) analysis has been used primarily in geology. Today, it is firmly established as a key technology for use in both industry and laboratories. It can detect all chemical elements from sodium to uranium.

This instrument can be used for materials analysis, i.e. to determine the amount of a given substance in the sample, such as measuring the gold content in jewellery or detecting metallic substances in everyday objects. In addition, the thickness of coatings can be measured with X-ray fluorescence. 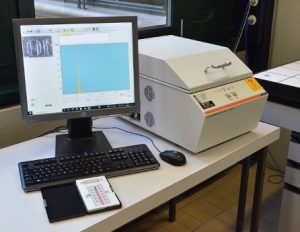