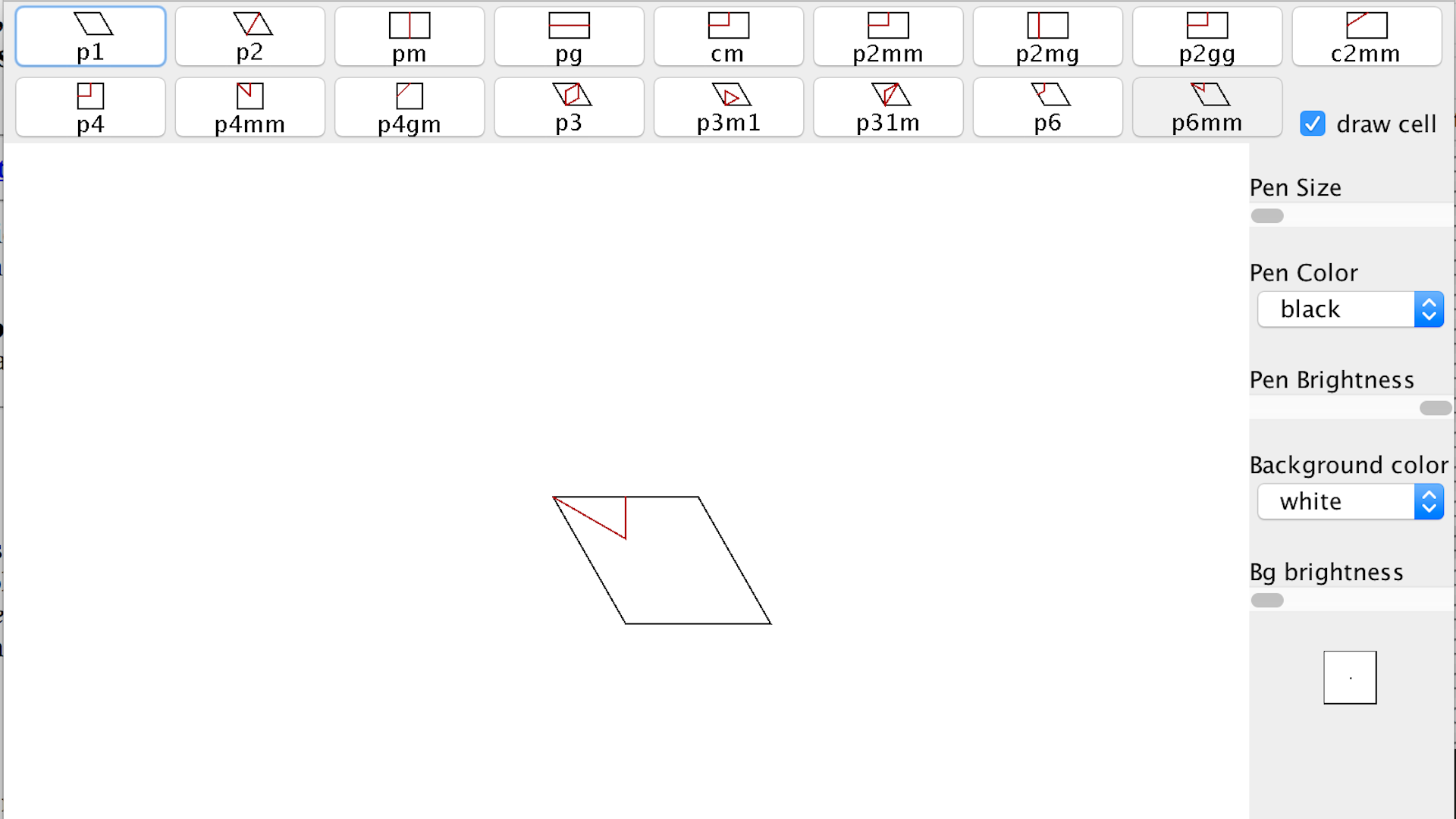 Instructions to get started quickly

How to save your creation

The “Save…” button allows to store the file by opening a new page in your browser. You can save this file on your local computer by using the save facility of your browser. The file is saved in the format PNG and can be opened with most of the drawing programs.

Numerous web sites exist dealing with the work and biography of M.C: Escher. Only a very short selection is given here:

Crystallographers will recognize the list of 17 2D space groups (plane groups) characterized by their international symbol as described in the International Tables of Crystallography (Vol. A). The interested reader can consult the following websites:

in order to have some additional informations on the seventeen plane groups.

After selecting one of the 17 plane groups, the user may choose an object (a colored circle for example) and move it around within the unit cell. In some specific positions, the object and some of its symmetry-generated equivalents may converge into a single point. This single point is called a special position. All the others are general positions.

This concept of general and special positions is important and is directly linked to the stoichiometry as expressed by the chemical formula of a crystalline sample.

Since 1987, many crystallographers and many other specialists enjoyed the attractive software written for the Macintosh by Terry Flaherty from Loyola University in New Orleans. Escher Sketch was originally created for the purpose of designing periodic decorations. It was soon realized however that this application was an excellent teaching tool for the illustration of basic crystallography courses.

In order to make such a program readily accessible to students and teachers of crystallography, and others interested in the art of periodic decorations, the current program has been developed in Java in order to be directly accessible on the World Wide Web (W3). In addition, the possibility of coloring the patterns has been introduced along with other tools to facilitate the creation of two-dimensional crystalline structures.