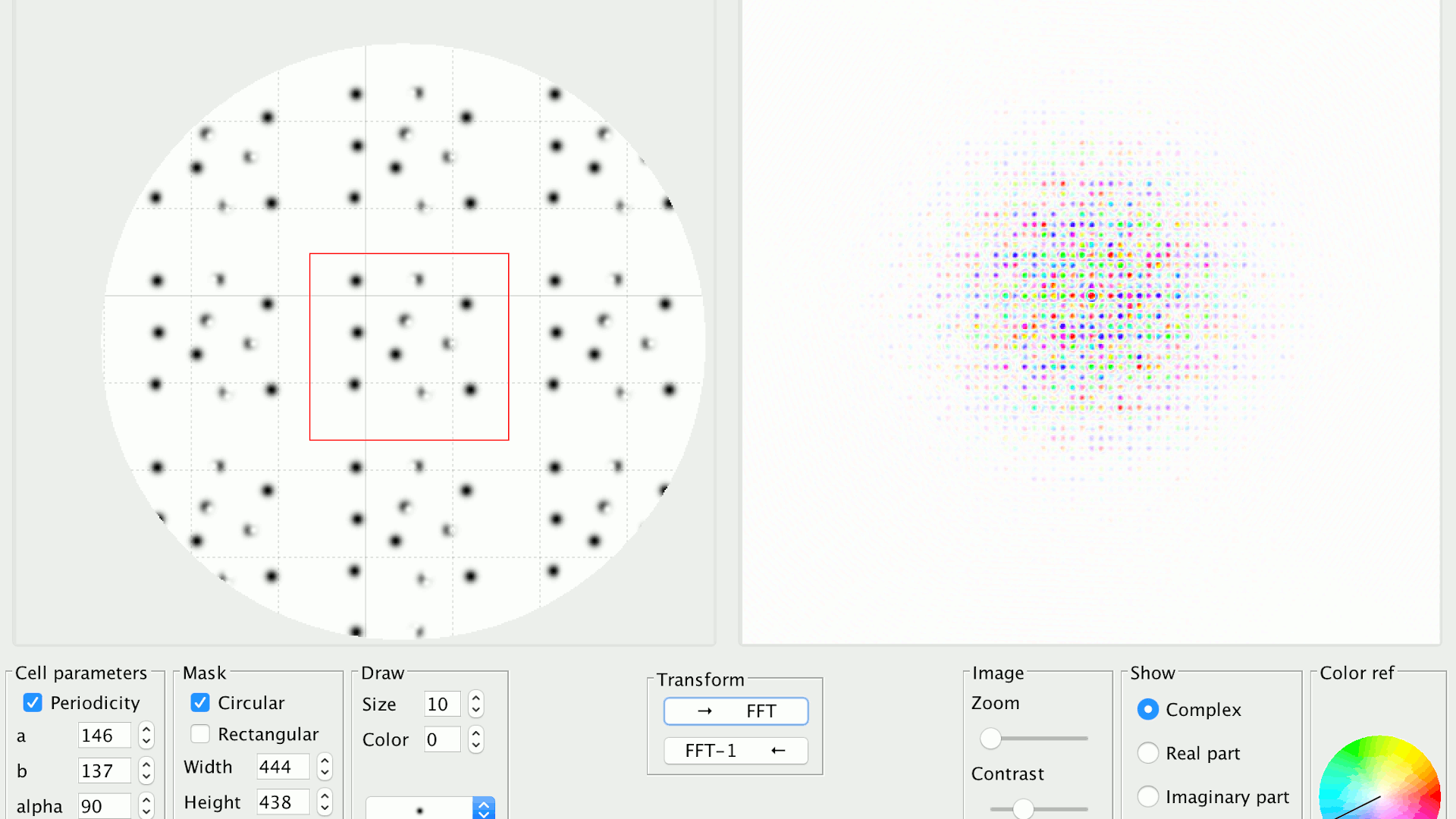 The density function ρ(x) can be drawn by hand on the screen. For example, a crystal structure can be simulated and its FT can be calculated. The corresponding Patterson function can be obtained by inverse FT.

Pictures can also be uploaded and the corresponding FT and FT-1 can be obtained. The user can for example exchange the phases and amplitudes of Fourier transformed pictures.

The effect of resolution can also be tested by limiting the extension of the periodicity of the pattern along two separate dimensions.