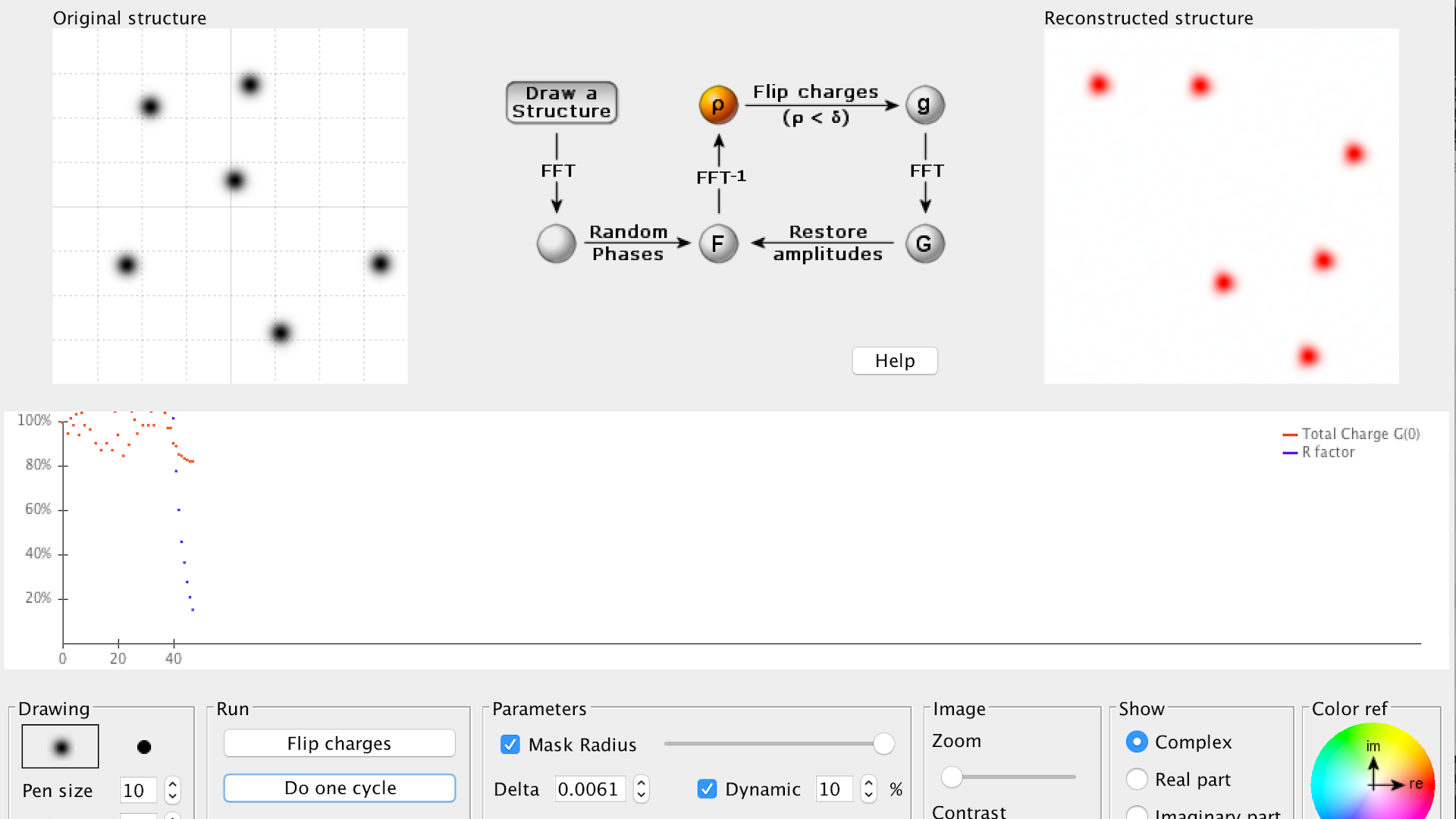 This algorithm was proposed by G. Oszlanyi & A. Süto, (Oszlanyi & Süto, Acta Cryst. 2004, 2005). This algorithm does not requires any a priori information other than the diffracted intensities. It consists of four steps indicated in the figure below:

This procedure continues in a loop with step 1 to 4 until a converging solution is found. The final result should indicate the proper electron density of the structure based on the experimental structure amplitudes.

Note that during this process, the origin of the unit cell is arbitrary. It is up to the user to find the proper origin by rotating the final model by 180° followed by a translation.

In some cases, The user might have to play with different parameters to solve the structure. 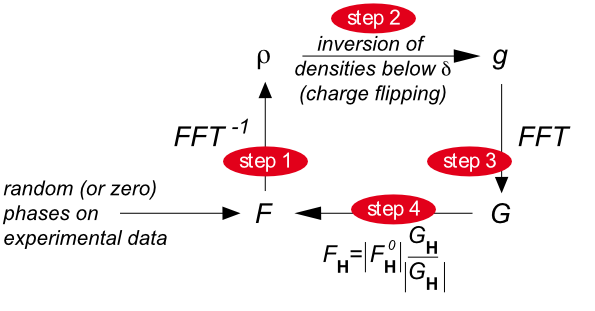