Crystal Symmetry Environment (CSE). An interactive applet for the representation of Wyckoff positions of space groups in various dimensions 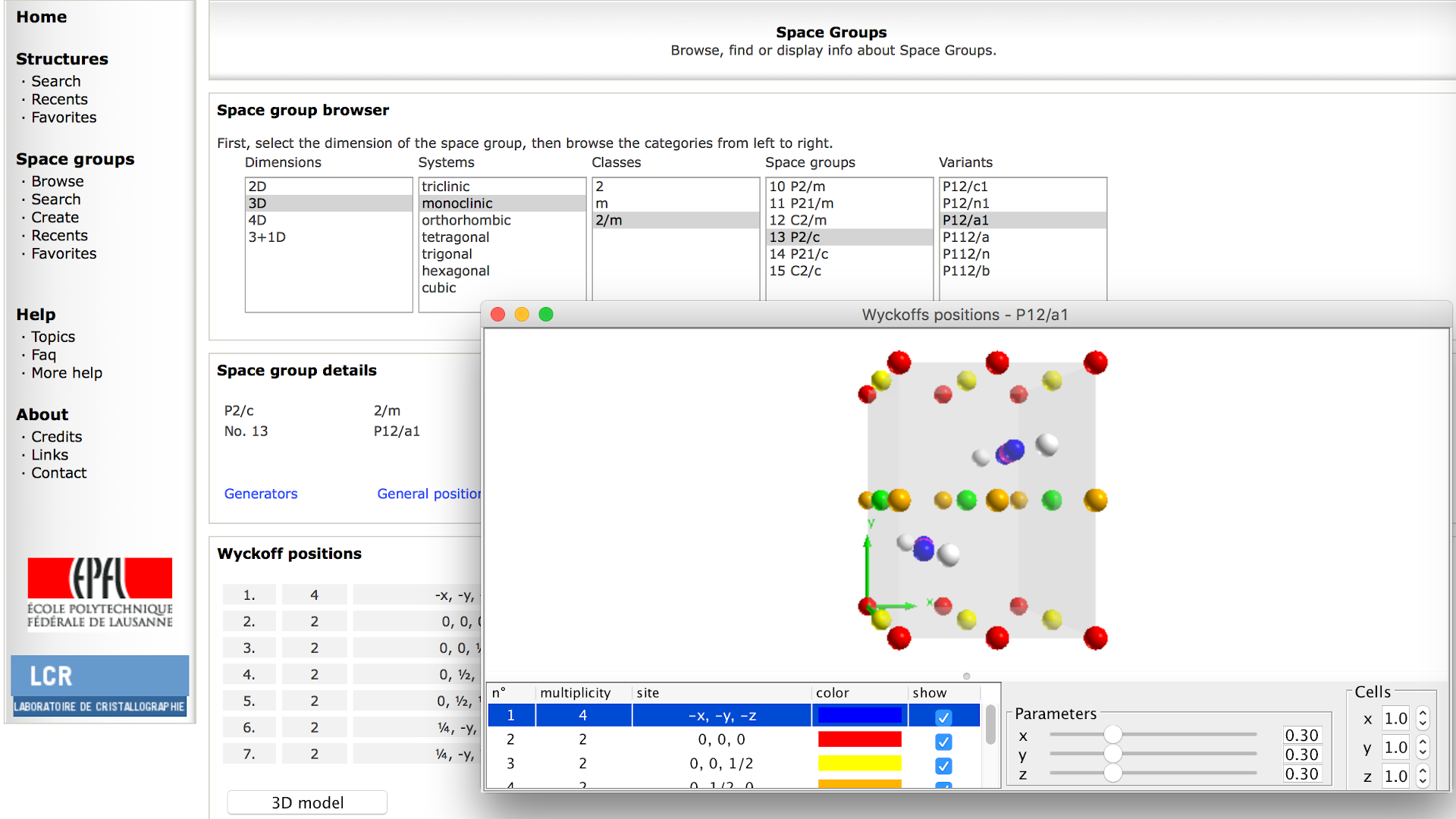 CSE has been originally developed by Thiers et al (An object oriented approach towards a crystal symmetry environment, Computer Physics Communications 77 (1993) 167—189). It has been later adapted to a new graphical environment.

Currently the application gives an interactive graphical representation of the Wyckoff positions of all the 3D space groups. In addition, a structure database can be searched for in order to find examples of compounds matching the corresponding space group. Here again the structure can be represented graphically and interactively on the screen.

For space groups in other dimensions, the Wyckoff positions are given in form of tables.

Not all fonctions of the CSE are implemented yet. They are clearly indicated by the indication “not available !”.