Research in key areas of human and animal health requires specific animal models in combination with other approaches (in silico, in vitro). Indeed, the use of animals in research at EPFL is not systematic, while multiple research groups at EPFL are working on replacement models. Thanks to animal experimentation, EPFL’s scientists have been able to achieve significant breakthroughs in various domains. Here is a list of the most recent ones: 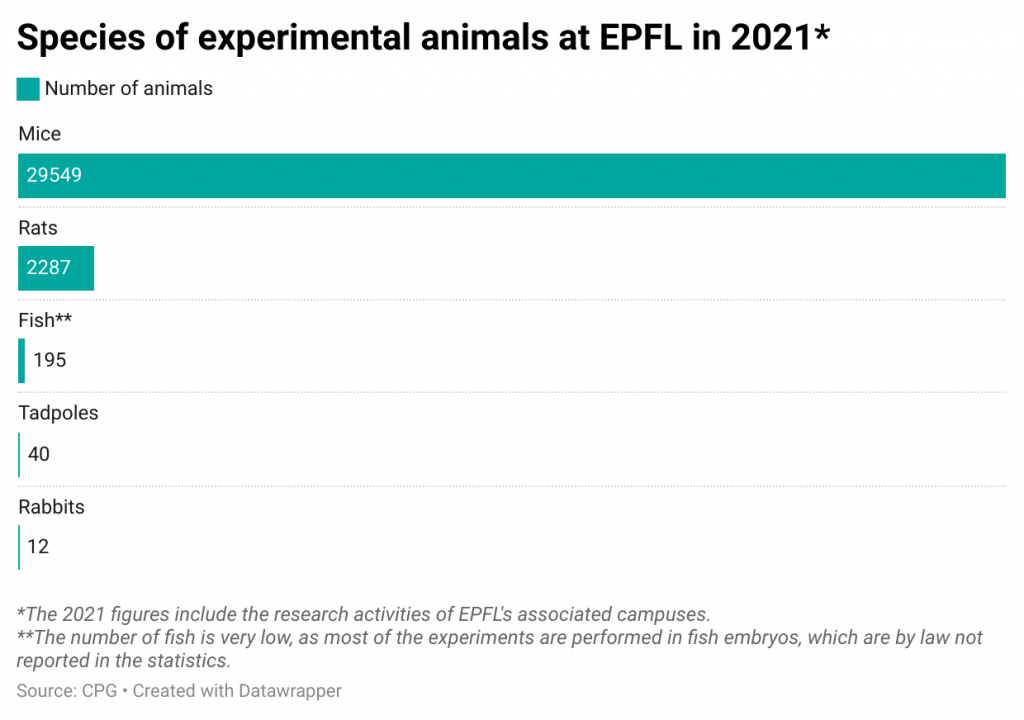 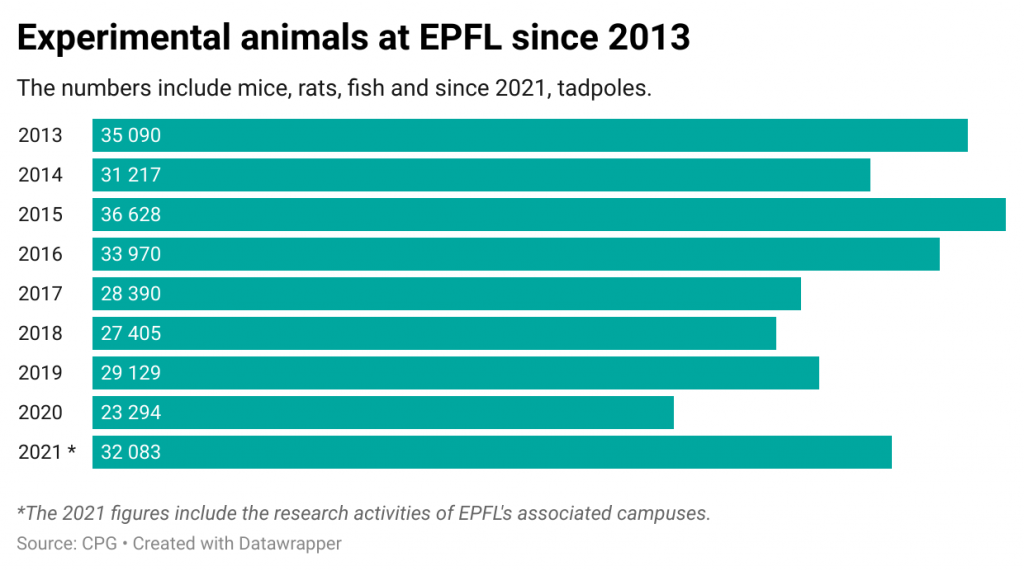 Weighing the potential for animal suffering against the need to learn, discover, and cure is a central concern. The constraints caused by interventions or measures carried out in an experiment are classified according to their degree of severity, ranging from 0 (no constraint) to 3 (severe constraint). It is important to emphasize that the expected benefits to society of animal experiments must be greater than the suffering and violation of the animals’ dignity, as stated in the Swiss legislation. The weighing of interests is established according to a very strict authorization and control process, described here. 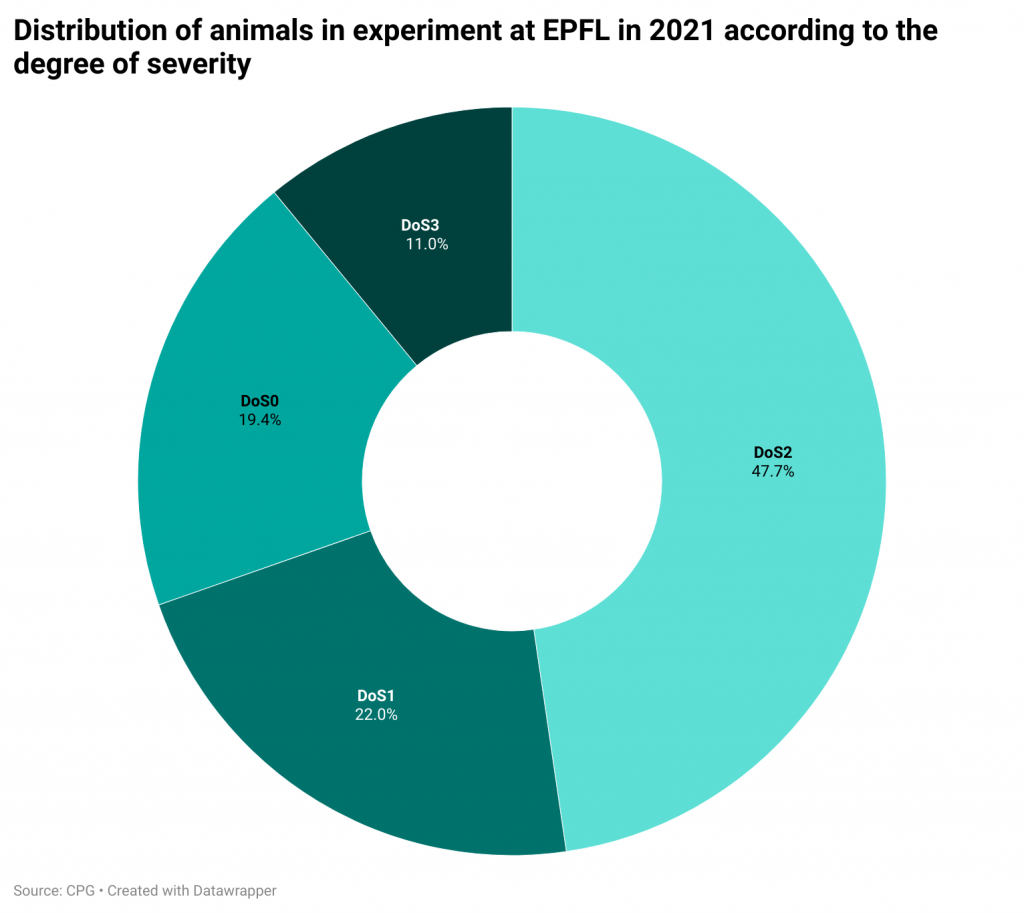 For more information, check the document edited by swissuniversities: Research and animal experimentation in switzerland: degrees of severity.