A new method for global irradiance forecast was proposed and validated at the EPLF-DESL, focusing on forecast horizons that are meaningful in microgrids control applications (i.e. from sub-second to 30 minutes). The proposed technique extracts information from historical irradiance measurements: data are clustered off-line by using machine-learning algorithms and the quantiles of the obtained clusters are then used for computing the prediction intervals (PIs). The proposed algorithm is evaluated based on performance metrics, namely the PI Coverage Probability (which accounts for the percentage of successful predictions, [%]) and PI Normalized Average width (which represents the width of the PI, normalized with respect to the realization, [%]).

For the identification of clouds position and motion, the information from an all-sky camera is integrated into the algorithm in order to reduce the forecast uncertainty at horizons larger than 5 min and up to 30 min. Color and textures features can be extracted from the ground images to segment the clouds from the clear-sky while comparing consecutive figures allows identifying the cloud motion (direction and velocity).

Besides helping the forecast, the all-sky camera’s usage for the estimation of the irradiance when opportunely calibrated was assessed (Magnone et al., 2017).

Privacy, conflicts due to ownership of the monitoring infrastructure, and lack of standards for monitoring and communication pose a challenge to operators on how to monitor PV generation efficiently (e.g., for forecasting or control tasks). EPFL-DESL developed an unsupervised algorithm to estimate the total (unobserved) PV generation by using measurements of the power flow at the Point of Common Coupling (PCC) and local Global Horizontal Irradiance (GHI), without information on the installed PV facilities (see Figure 1).

The algorithm was trained with 1 year real-life measurements of GHI and power flow at the PCC and their performance estimated based on PV generation measurements.

The literature suggests that forecasting accuracy can be improved when the production and consumption in the grid are disaggregated and predicted separately, as this allows to make use of NWF for the prediction of production. Therefore disaggregation methods were designed.

NWF were also used to increase the accuracy of the voltage forecasting of the GridSense devices, by designing new models, for which the required computational power is still low enough to allow them to run on an embedded system.

The proposed algorithm is shown to outperform alternative methods available in the literature. As shown in Figure 2 the method is able to account for the higher uncertainty (at higher horizons) by adapting the width of the prediction intervals.

The integration of the information from the images is in general beneficial because it leads to narrow the prediction intervals width at horizons larger than 2-5 minutes, while maintaining a high coverage probability.

Figure 2: PIs and realizations are shown for different forecast horizons (500 ms, 1 min and 5 mins). The method is able to guarantee a high coverage (99%) by adapting the width of the prediction intervals.

Furthermore, preliminary results showed that all-sky camera-based local irradiance estimations are more accurate than satellites-based ones. Indeed, thanks to their higher temporal and spatial resolution, all-sky image-based methods can capture the local irradiance dynamics more accurately. These fast dynamics characterize challenging climate conditions such as Switzerland and are responsible for operational issues in power systems.

Finally, physical models of the photovoltaic plants and the converter were developed at the DESL in order to convert the irradiance prediction into a power value (Scolari et al., 2018).

An unsupervised disaggregation method based on GHI measurements was developed in collaboration between EPFL-DESL and SUPSI-ISAAC. It is used to detect the presence of PV installation and to obtain their physical model. This allows the use of a numerical weather prediction service to better estimate PV power production in the next 24 hours. An example of disaggregated power profile is shown in Figure 4. The work was published on IEEE Transaction on Industrial Informatics (Sossan and al, 2018). 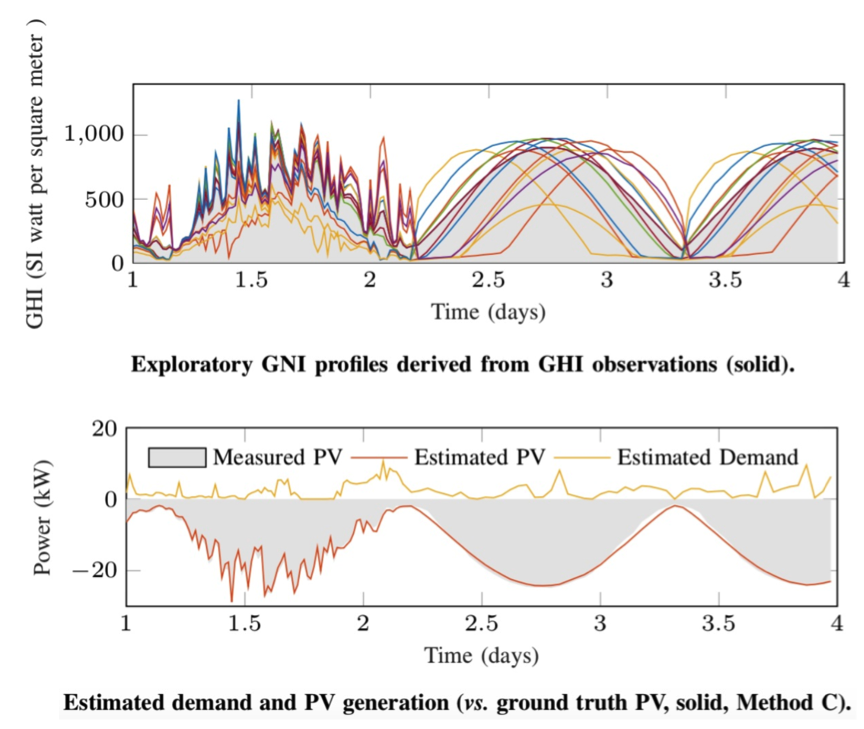 Figure 4: Input, intermediate results and output of the proposed disaggregation

As a local measurement of GHI is not always available, a novel algorithm for the estimation of GHI from PV AC power measurements was developed. This avoids the need of a locally installed pyranometer, widening the adoption of the methodology. In Figure 5, the accuracy of the method is compared with other two satellite-based irradiance estimation methods, in terms of bias, standard deviation and root mean squared error. The work was published on Solar Energy (Nespoli et al, 2017).

The new Gridsense voltage forecasting algorithms are based on a two-season addictive Holt-Winter exponential smoothing, detrended by taking NWF into account. We assumed a linear dependence of voltage from external temperature and irradiance and we estimated it using an online least-square regression, which does not require keeping the entire history of variables in memory. The voltage forecasting resulted in a lower forecasting error and therefore higher performances of the energy management algorithms. The improvement of the forecasts compared with the one from the old algorithm is shown in Figure 6. 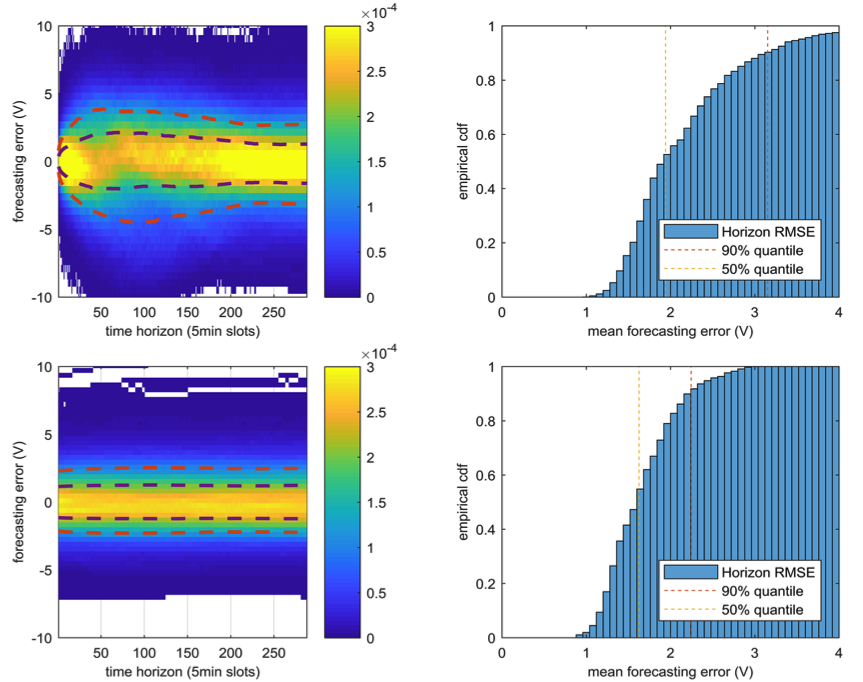