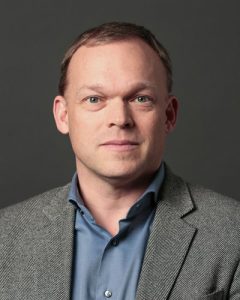 Sean Hill is co-Director of Blue Brain, where he founded the Neuroinformatics division, based at the Campus Biotech in Geneva, Switzerland. He also directs the Laboratory for the Neural Basis of Brain States at the École Poly­tech­nique Fédérale de Lau­sanne (EPFL).

Dr. Hill has extensive experience in building and simulating large-scale models of brain circuitry and has also supervised and led research efforts exploring the principles underlying the structure and dynamics of neocortical and thalamocortical microcircuitry. He currently serves in management and advisory roles on several large-scale clinical informatics initiatives around the world.

After completing his Ph.D. in computational neuroscience at the Université de Lausanne, Switzerland, Dr. Hill held postdoctoral positions at The Neurosciences Institute in La Jolla, California and the University of Wisconsin, Madison, then joined the IBM T.J. Watson Research Center where he served as the Project Manager for Computational Neuroscience at Blue Brain until his appointment at the EPFL.

Dr. Hill served as the Executive Director (2011-2013) and Scientific Director (2014-2016) of the International Neuroinformatics Coordinating Facility (INCF) at the Karolinska Institutet in Stockholm, Sweden.