We have developed soft thin stretchable force sensors that are fully shielded from electrical interference, allowing them to be used widely in soft robotics, worn on the body, and even used near electrical arcs.

The device consists of air and liquid metal channels in a silicone matrix. Force resolution is sub-mN in both normal and shear directions, yet the sensor withstands over 20 N.

This project has received funding from the European Union’s Horizon 2020 research and innovation program under grant agreement No 869963. This work was supported by Swiss National Science Foundation under grant number 200020_184661. 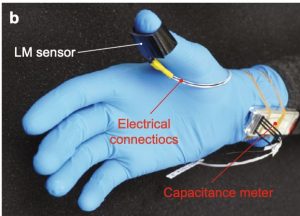 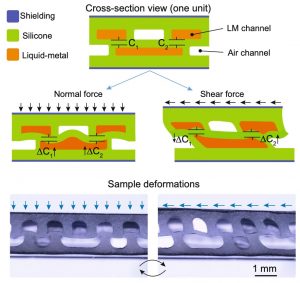 The videos below show the force sensor in several use cases, such as worn on a thumb or embedded in a gripper.