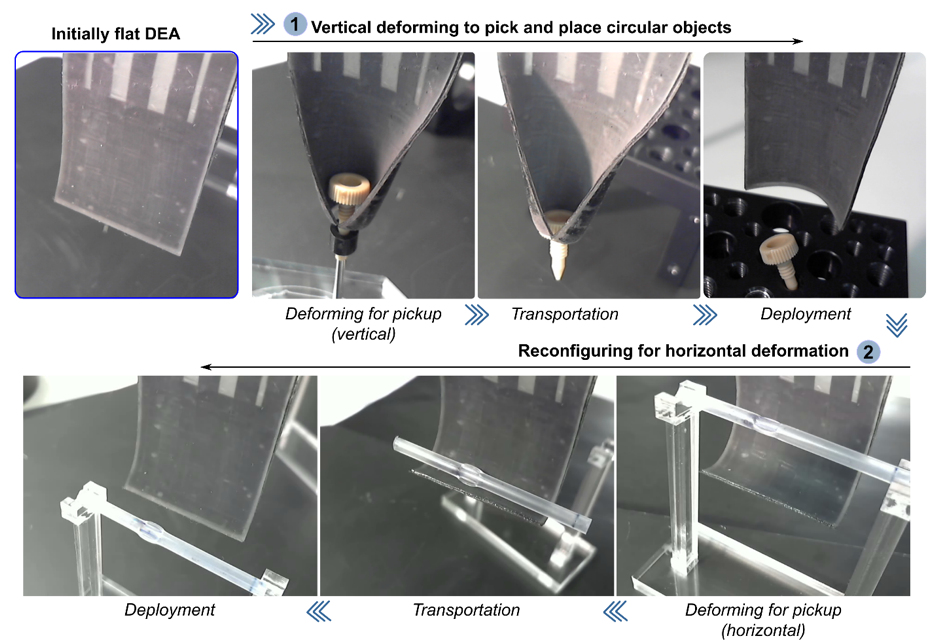 Morphing an initially flat DEA sheet into different configurations to: pick and place a circular plastic screw (top row) and a plastic tube (bottom row). For the screw, the surface is bent around a vertical axis. To lift the tube, the device is bent about a horizontal axes.

Using SMPs and small integrated heaters allows softening specific locations on a device. When the DEA is actuated only these soft regions deform. By addressing different regions, multiple distinctive deformed shapes can be obtained. Cooling down the SMPs after the deformation is achieved locks in the deformed shape and increases their stiffness more than two orders of magnitude, allowing very high blocking force. 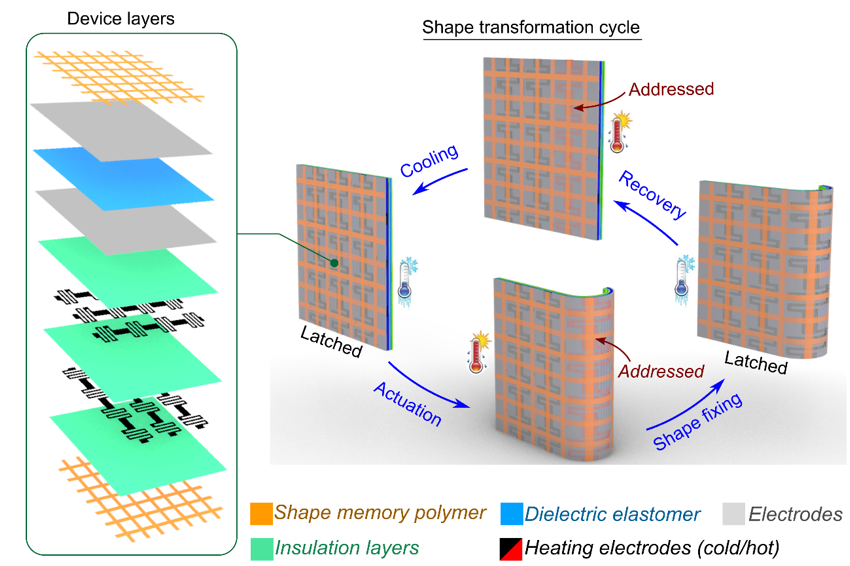 The active sheet consists of several layers: SMP grids, dielectric elastomer, electrodes for electrostatic actuation and Joule heating, and layers for electrical insulation. The shape transformation cycle starts with locally softening and actuation a subregion. This local deformation is then fixed into place by cooling, allowing a stable deformed state. The initial flat shape is simply recovered by Joule heating.

The complexity of the shape deformation can be enhanced by implementing an additional DEA in the device structure in an antagonistic configuration. By sequentially deforming and latching the neighbor regions, complex mirror shapes with positive and negative Gaussian curvatures can be obtained in a single device. 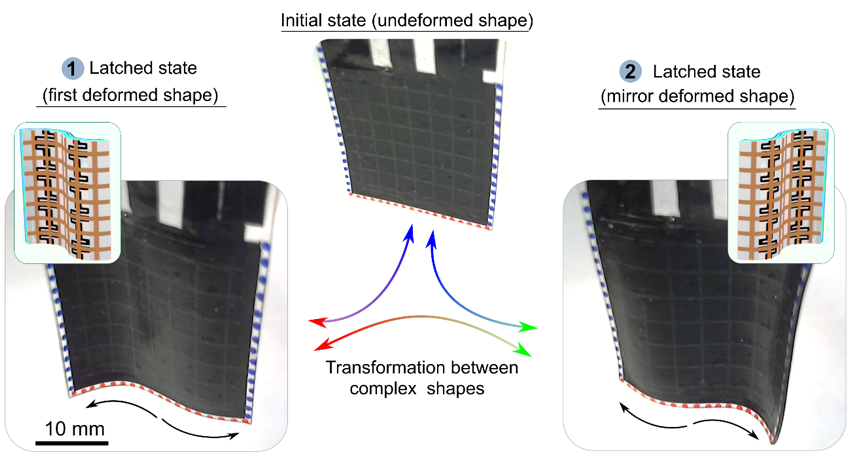 An initially flat device is deformed into two mirror shapes. Each shape is obtained by two consecutive deform-and-latch steps of two neighboring regions. 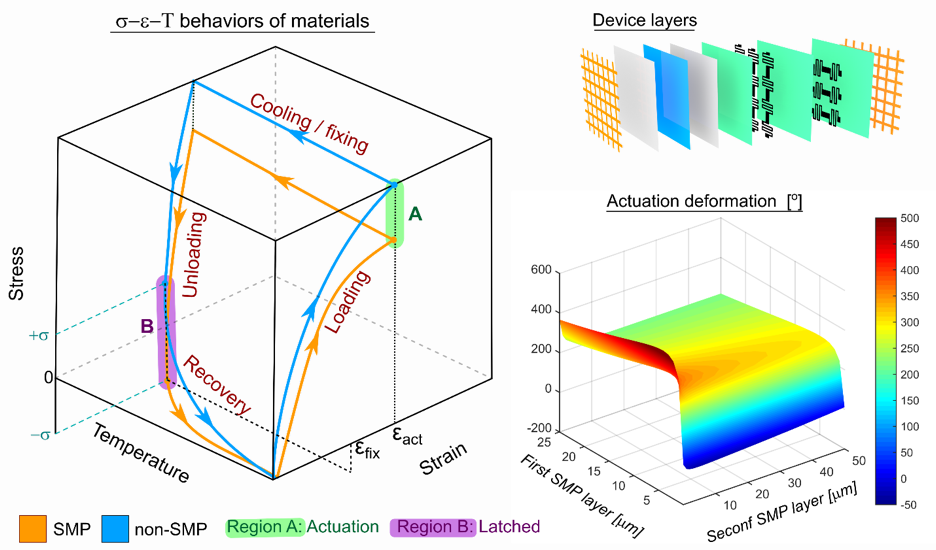 We thank the Swiss National Science Foundation for funding this research.

More details can be found in this open-access publications: B. Aksoy and H. Shea, ‘’Reconfigurable and Latchable Shape-Morphing Dielectric Elastomers Based on Local Stiffness Modulation”, Adv. Funct. Mater., 2020.