Tracer gases have used for several years for measuring airflow rates, and simulating contaminants. There are also several accurate instruments, but these are relatively heavy and rather expensive. They also require much time to install and to use. The general objective of this project was hence to develop a cheap, efficient and simple measurement method.

The first objective was to use and to improve the method developed at the Brookhaven National Laboratory, using perfreoclycloalkanes (PFT’s). Validation measurement performed at the EMPA have however shown that the PFT’s, having a large molecular weight and a high boiling point, are adsorbed on furniture and building materials. This introduces an unpredictable bias in the measurement, leading to an overestimated airflow rate.

The project was hence re-oriented in 2000 towards using the carbon gas emitted by occupants as tracer.

This is easy to use in many cases, since CO2 monitors are light and relatively cheap. A computer program for the interpretation of CO2 (or any other tracer) concentration records was developed and validated. The interpretation of the results may even provide, in some cases, an estimate of the air tightness of the building envelope. 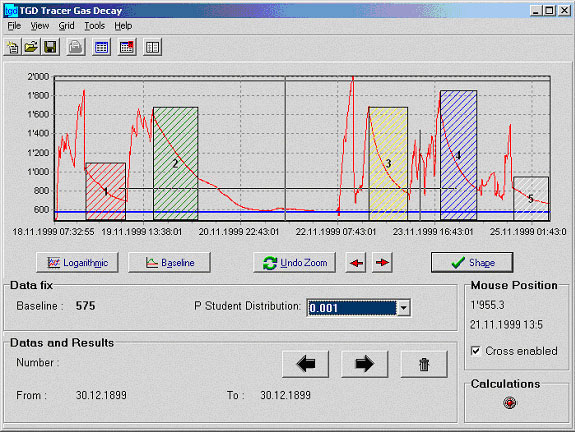 Input screen of the TGD software, showing the CO2 concentration records and the time periods during which the concentration decay can be interpreted. 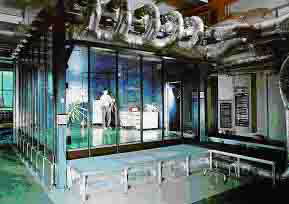