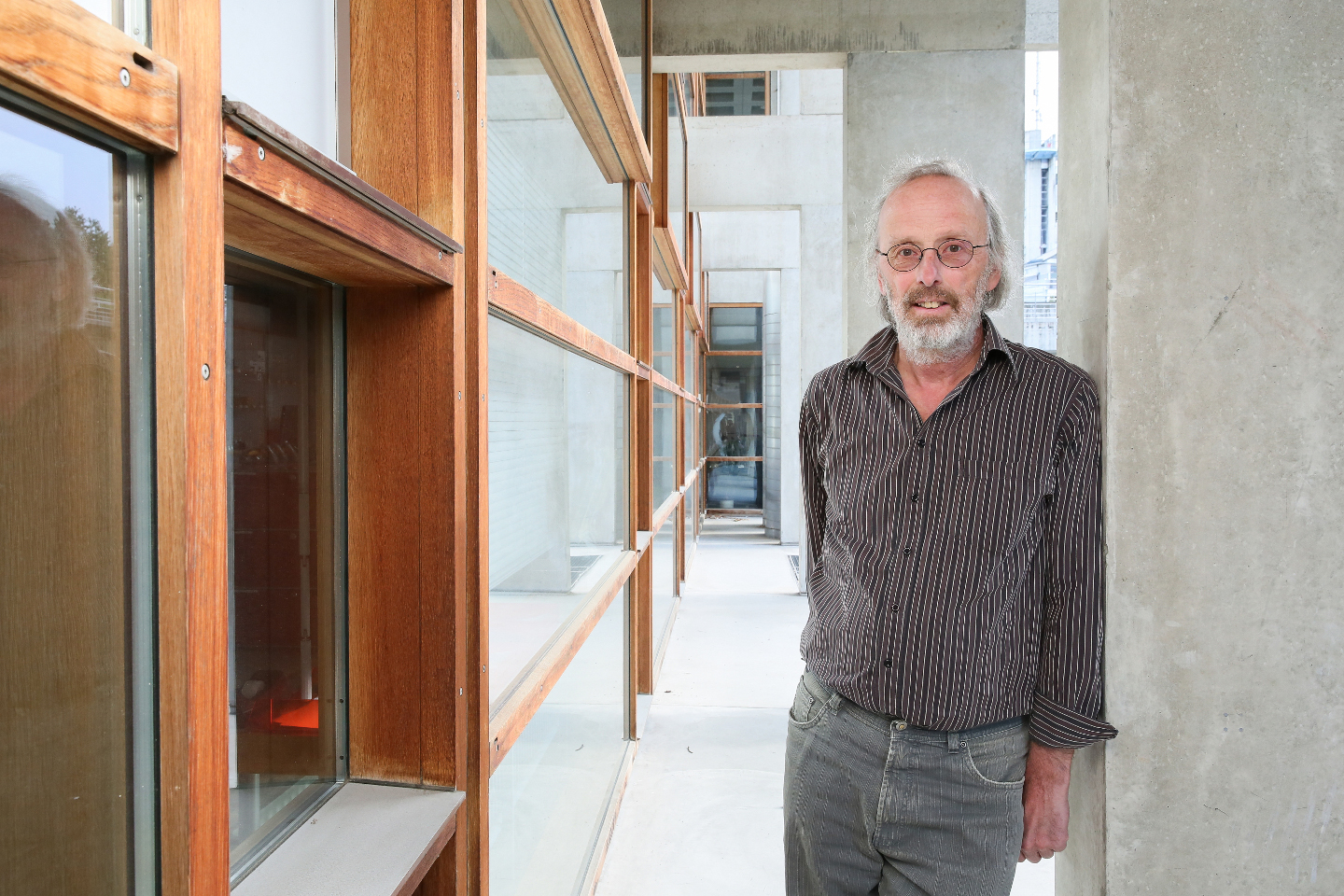 For most people, giving a lecture in front of 600 students would be daunting. Lothar Helm, who teaches the general chemistry class to medical students, admits that getting up on stage with a microphone wasn’t easy at first. But after six years, running the large auditorium is now second nature. Professor Helm, who will retire in January, has been awarded the teaching prize for his section, in recognition of a career that has always been driven by enthusiasm. “You have to enjoy passing along knowledge, especially in a class like this one. It’s easy to be motivated when you’re doing your research in a very specialized field. It’s not so easy when you have to teach the basics to people who aren’t necessarily chemistry buffs. But I still enjoy giving this class, even after six years!”

His students work hard. Studying medicine puts them under a lot of pressure, and they are sure to attend class throughout the semester. To encourage dialogue in a group that size, Professor Helm regularly asks questions and has the students vote by putting their hands up. “It’s difficult to have a real discussion, but most of them use Moodle to communicate with me or the assistants,” he explains.

Throughout his career, Professor Helm has seen information technology revolutionize both the way professors teach and the way they interact with their students. “We’ve gone from using a blackboard and photocopies to PDFs and tablets that can project onto big screens. As a teacher, my work is much more closely inspected. The students all have their computers with them and will go straight to Wikipedia to check what I’ve said! They also ask a lot of questions via email.” And their questions often turn out to be extremely interesting. “They come from a broad range of backgrounds, from math and physics to Latin and Greek. Their basic knowledge varies widely, and they bring a different perspective to the subject.”

A third of the 600 students Professor Helm teaches each year will go on to complete their medical degree, so he also has the satisfaction of knowing that 900 doctors have been through his chemistry class. “If I end up at the CHUV one day as a patient, let’s hope they liked my teaching!” he says with a wink.