Prize in the Chemistry and Chemical Engineering section 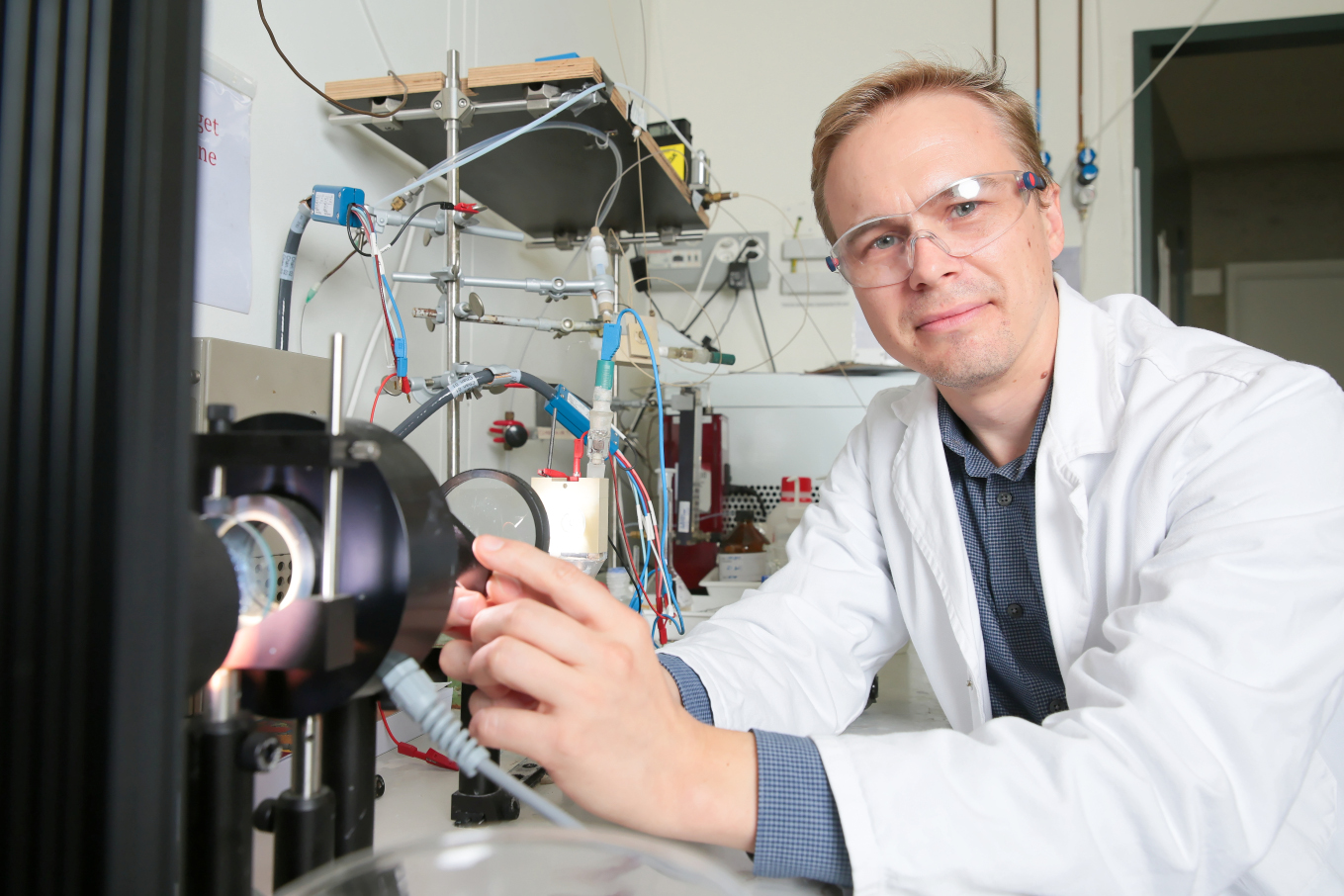 When Kevin Sivula joined EPFL, he knew he had some major challenges ahead of him. The Chemistry and Chemical Engineering section hired Sivula as a tenure track assistant professor in 2011, after a number of chemical engineering professors retired, leaving the section short-handed. The then 32-year-old American hit the ground running, as he was given numerous courses to teach. But he didn’t stop there. He ended up overhauling and modernizing the chemical engineering program. His success in that mission and his overall commitment have earned him the 2016 teaching prize for his section.

To revamp an aging course lineup, Professor Sivula completely renovated the Bachelor’s courses Transport phenomena I and II, as well as a chemical engineering lab that had not changed in close to 15 years. He also took the initiative to create a Master’s course called Chemical engineering product design. “I wanted our students to be better prepared for the demands of today’s industry,” he explained. While the overall topics taught are now up to date, the courses’ content constantly change as “we make refinements every year.”

Professor Sivula has invested an enormous amount of energy into planning and teaching these new courses. “I make a point of preparing for my classes as thoroughly as possible, so I can be ready for any questions my students may have.” It eats up a lot of time – “maybe too much,” he admitted. The high standard he has set for himself stems from the frustration he felt when he was a student. “I was very critical of my professors at the time,” he said. “I didn’t like those moments of uncertainty, when the professor wasn’t sure of himself.”

His teaching approach seems to have paid off. Professor Sivula recently received a pleasant surprise from his students. “I had challenged them to solve a particularly difficult differential equation, thinking they wouldn’t be able to do it. I was very impressed when two students showed me their work.” They had spent the whole weekend working on the problem and had managed to solve almost the entire thing. “Their enthusiasm really motivated even more to teach!”

Professor Sivula teaches the Bachelor’s course Introduction to chemical engineering laboratory works¸ co-teaches the Master’s level Chemical engineering practice, and heads the PhD course Solar photovoltaics and energy systems. Outside of the classroom, he is the director of the Laboratory for Molecular Engineering of Optoelectronic Nanomaterials (LIMNO).