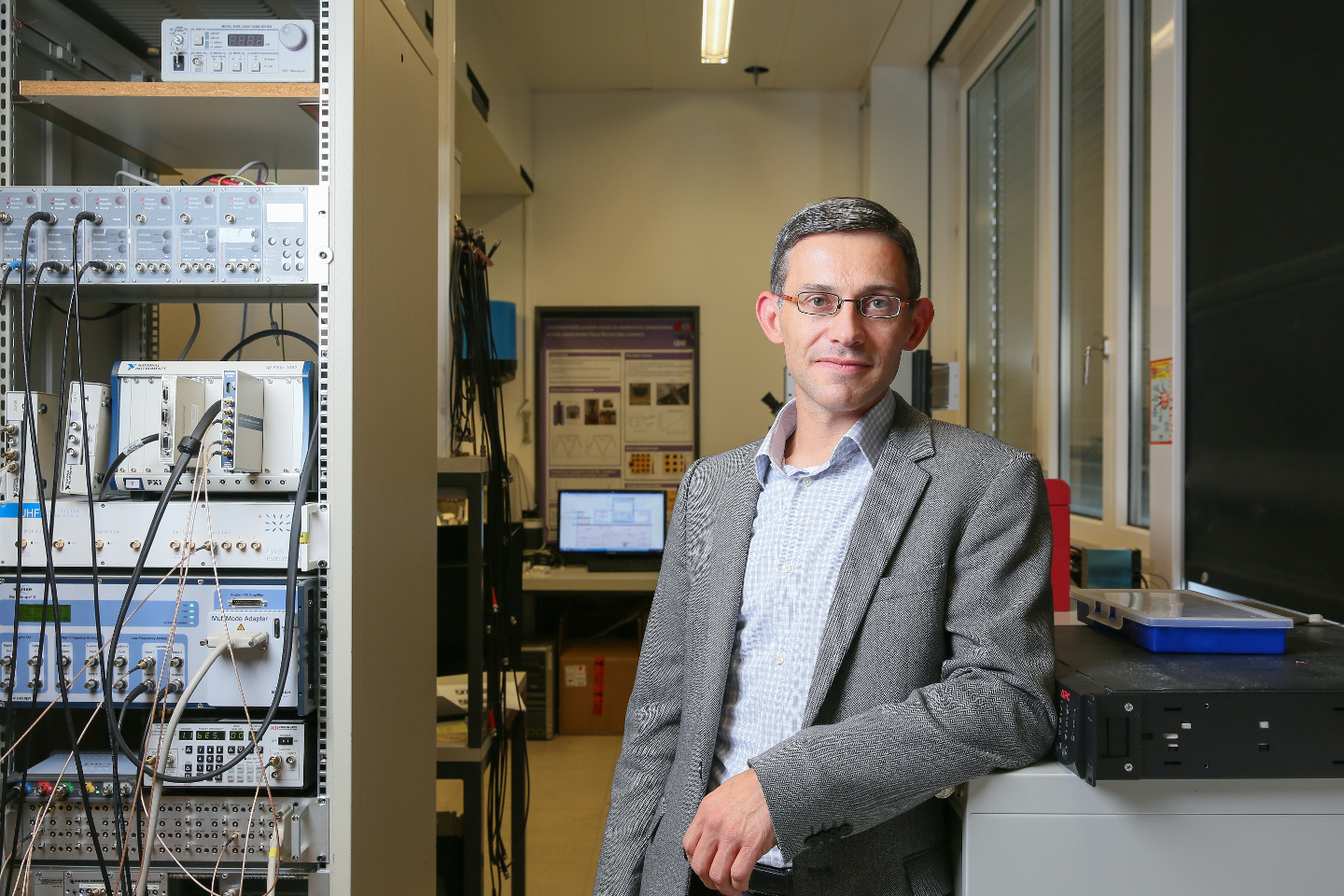 When he teaches, Herbert Shea channels the enthusiasm of his favorite professors from when he was a student. “I combine that inspiration with more modern teaching methods,” he says. Shea, an associate professor, ran the microengineering section from 2012 to 2016 and now teaches the undergraduate Statics and Dynamics course as well as a number of Master’s and PhD courses. He was awarded his section’s 2017 award for excellence in teaching.

Professor Shea found that teaching in a large lecture hall can put a crimp on class participation and make it difficult to keep tabs on the students’ level of understanding. So he tried out several apps. “I’ve been using Google Surveys extensively for the past three years: the students really love it and use it a lot, which means I can change my lesson plan on the fly.” During class, Shea shows a QR code that leads to an online survey. He then gives the students a few minutes to solve a problem and submit their answer. Looking at the results – which aren’t linked to the students’ names – he can quickly hone in on common problem areas for the class. “I also took the clicker training course at the Teaching Support Centre,” he says. “I enjoy trying out new methods that can improve the learning process.”

His approach resonates with students, who rate his course highly. “They really like the fact that I link theoretical concepts to practical examples that are typical of what they will work on as microengineers,” he says. To mix things up, he often shows videos and gives demonstrations that help students grasp materials science. “Seeing a real-world example in a video makes learning the theory much more interesting.”

Professor Shea plans to completely rework the current undergraduate course, which will be turned into a second-year course in a block with twice as many credits. In the future, he would also like to team up with other professors in teaching the undergraduate courses, as is done with the Master’s courses. “In terms of the learning experience, I think it’s a very good idea for students to be exposed to two teachers and their sometimes differing views – they ask a lot more questions,” he says. “It would be great if team teaching were used more widely at EPFL.”