Prize in the Environmental Engineering section 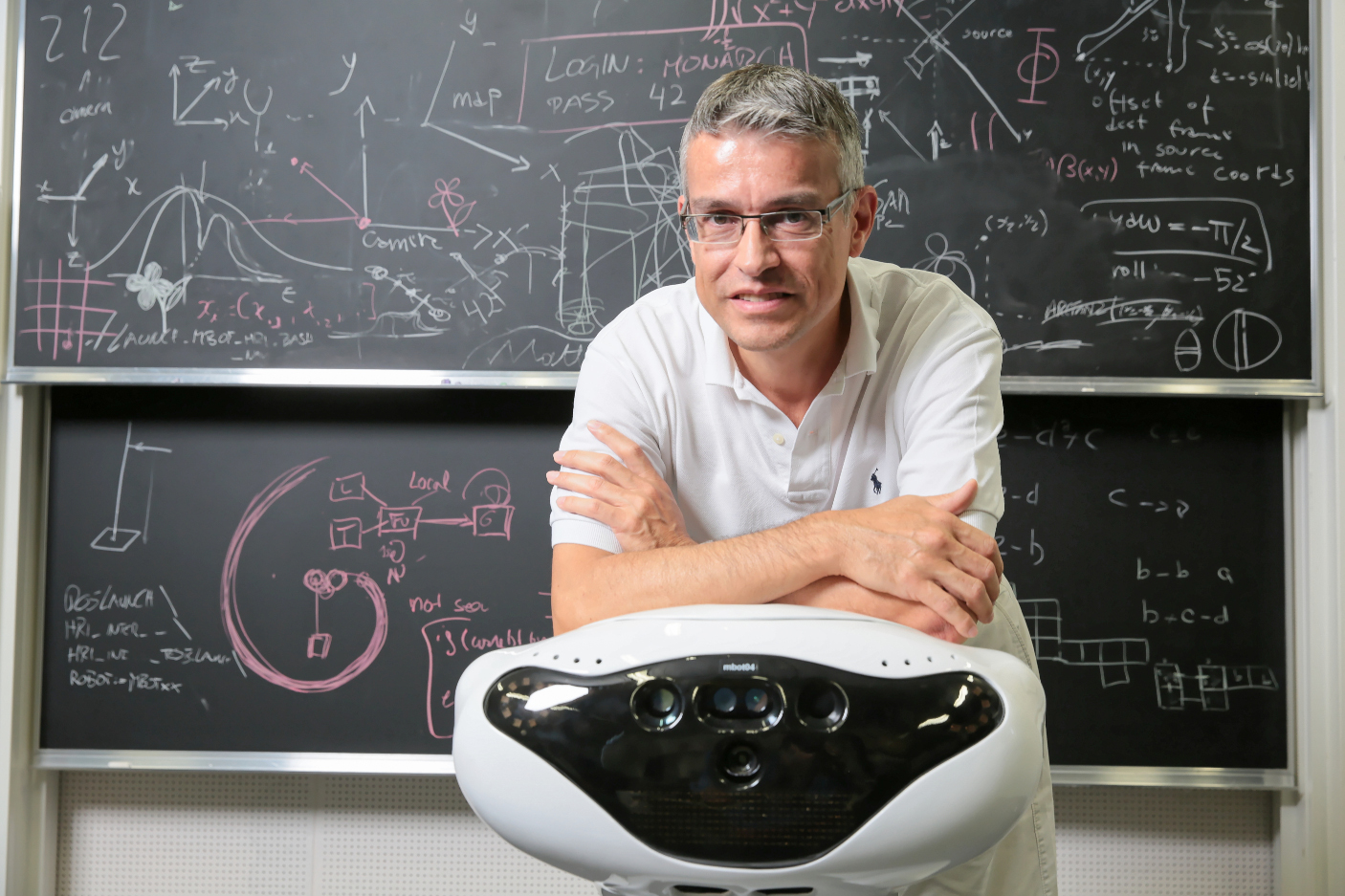 By bringing his background in electrical engineering and computer science to students in environmental engineering, Alcherio Martinoli has modernized and enriched the section significantly. He first joined EPFL in 2003 as a professor in distributed robotics in the School of Computer and Communication Sciences (IC). He then moved to the School of Architecture, Civil and Environmental Engineering in 2008 as an associate professor in the Environmental Engineering section (SIE), where he founded the Distributed Intelligent Systems and Algorithms Laboratory (DISAL).

Since then, Professor Martinoli has taught the Bachelor’s course Signals, instruments, and systems for SIE students and the Master’s course Intelligent distributed systems, which is open to students from different faculties. The latter is an original, interdisciplinary course that combines computational, electrical, mechanical, mechatronic and environmental engineering. “It was hard in the beginning. I felt like I was speaking a totally different language from the students in environmental engineering. We didn’t understand each other,” he said. He had to change the content of his courses over the years, adjusting it based on his students’ reactions. “Teaching at the Master’s level was particularly difficult, since the students were all very different.”

Today, it would seem his interdisciplinary approach has paid off. “I think that even though they have to work like mad, in the end my students like being able to understand and use the tools themselves and not just be the users of a final product,” he explained. Those tools include miniature mobile robots and sensor nodes, which can be used to take measurements on the ground. “There’s almost a fun aspect to them. They can be programmed and modified according to the user’s needs. We were some of the first people in the world to apply this technique to environmental studies.” Professor Martinoli first adopted this approach in an effort to build tools designed for several sections at EPFL.

Professor Martinoli involves a large part of his laboratory in his courses. “I see myself as a movie director; an organizer, but not always an actor. Discussing the theory and then putting it into practice requires a lot of effort and the involvement of an entire team. I think that’s what makes my courses work.” The interesting and forward-looking work has made his classes an overwhelming success with students.

Professor Martinoli also teaches three PhD courses – Intelligent transportation systems, Localization navigation methods and Topics in autonomous robotics – and is the director of the Doctoral program in robotics, control and intelligent systems (EDRS). He was awarded the 2016 teaching prize for the Environmental Engineering section.