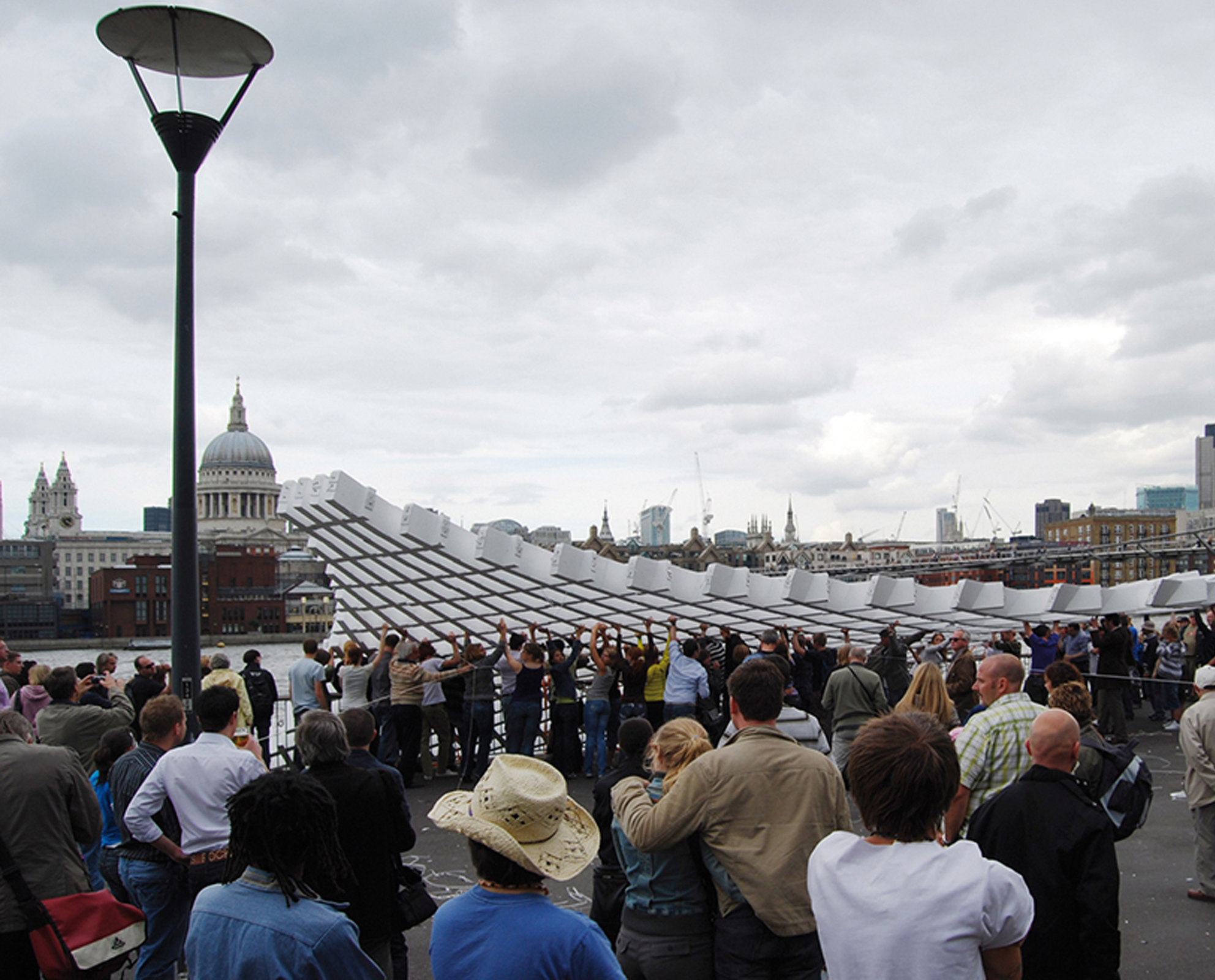 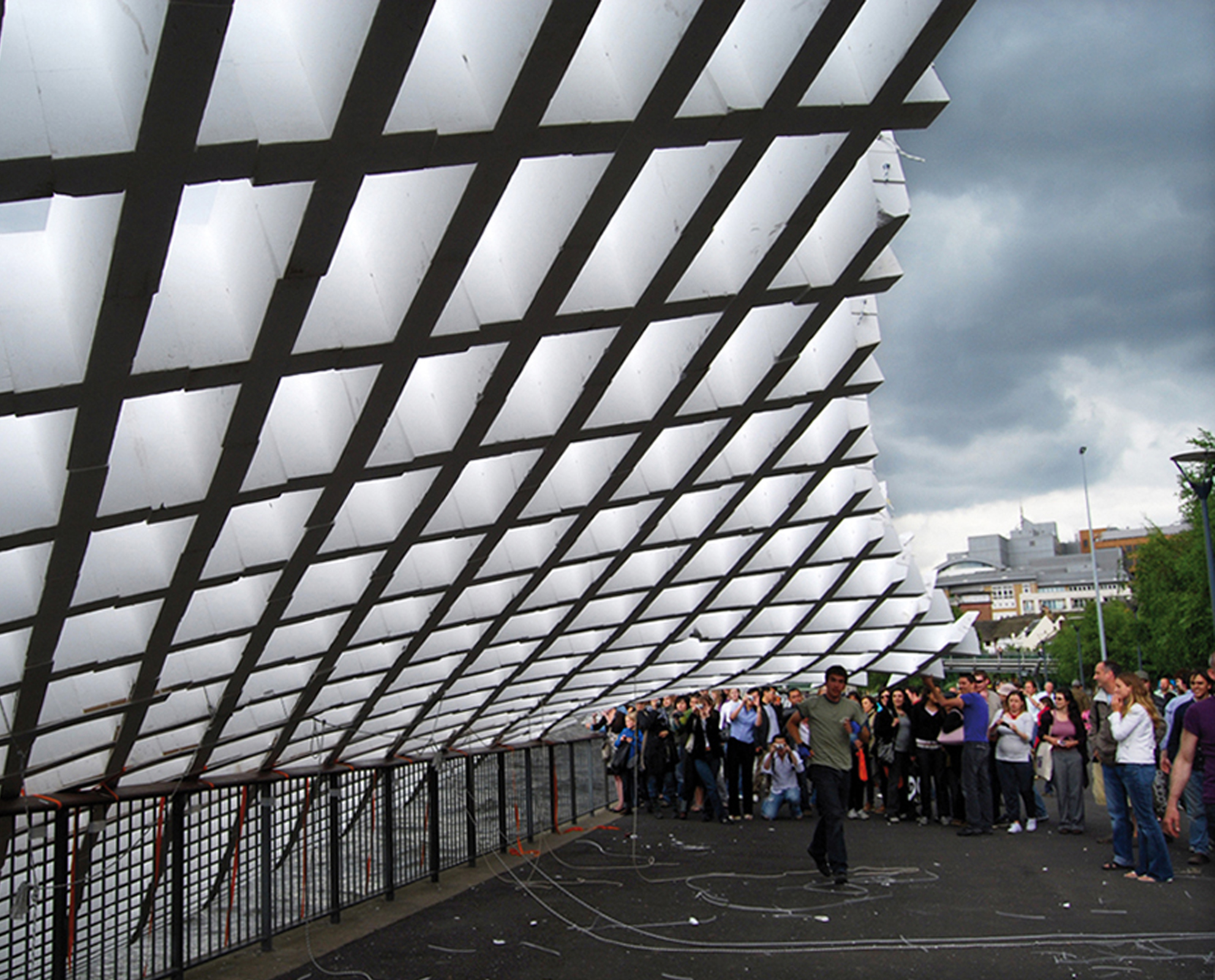 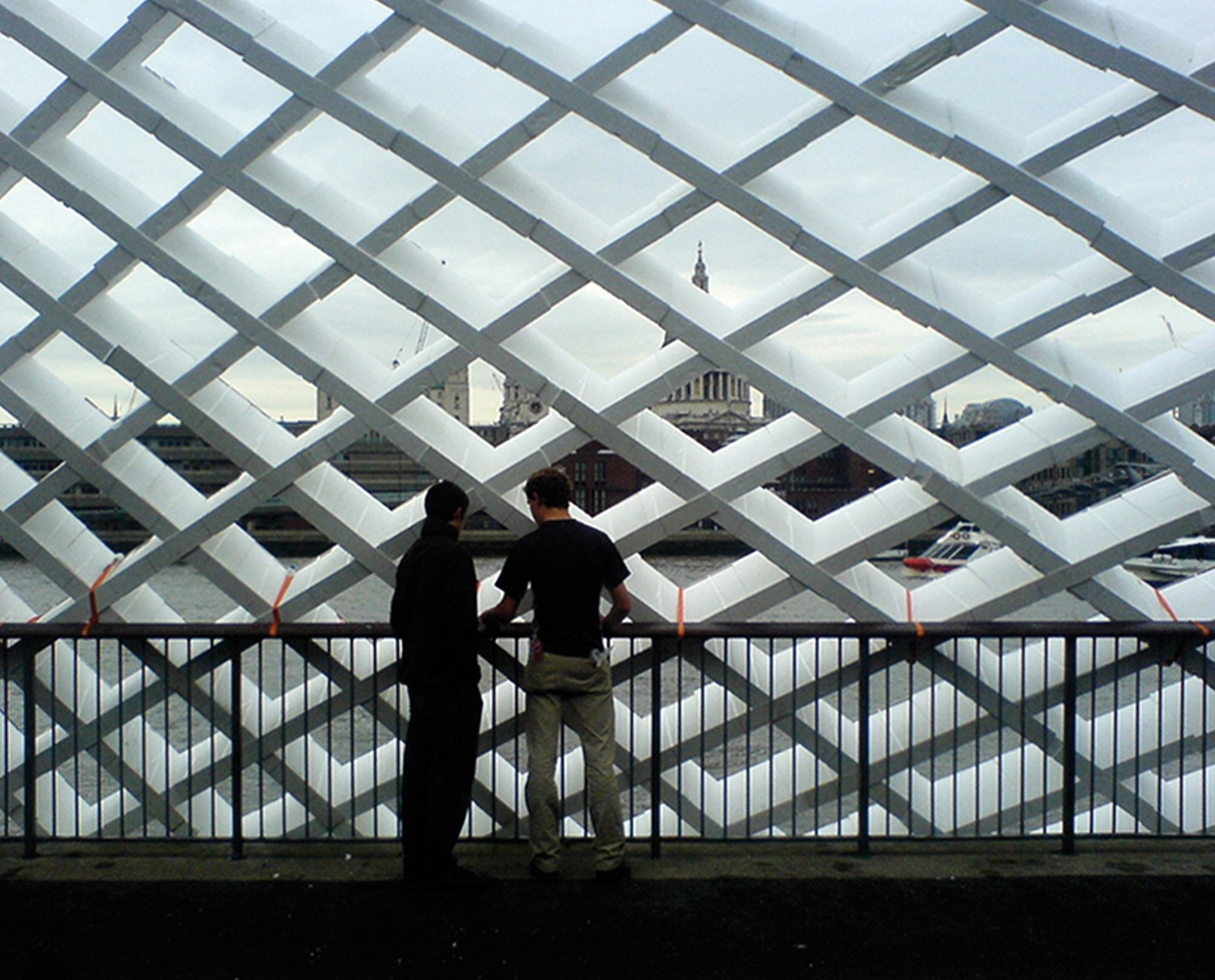 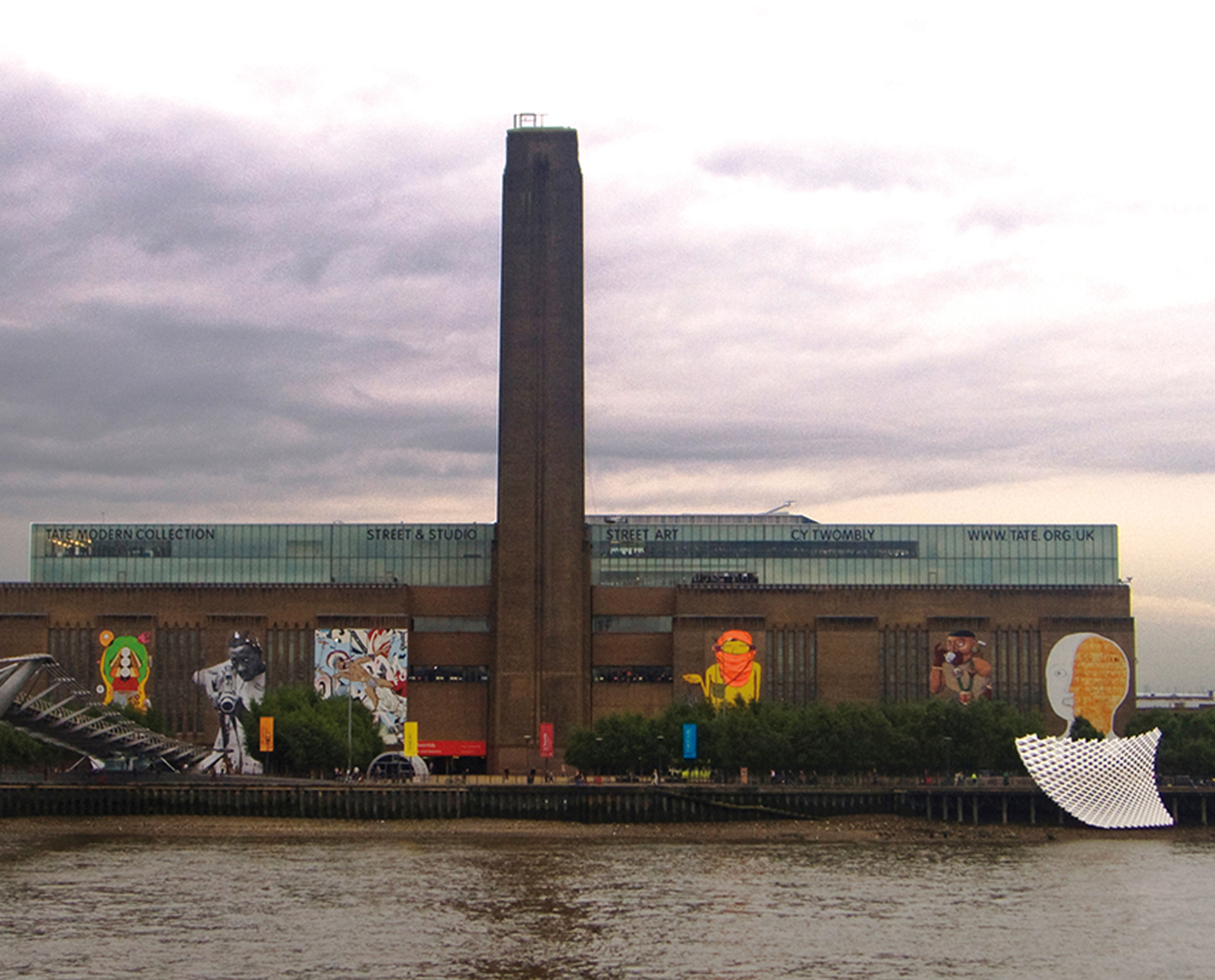 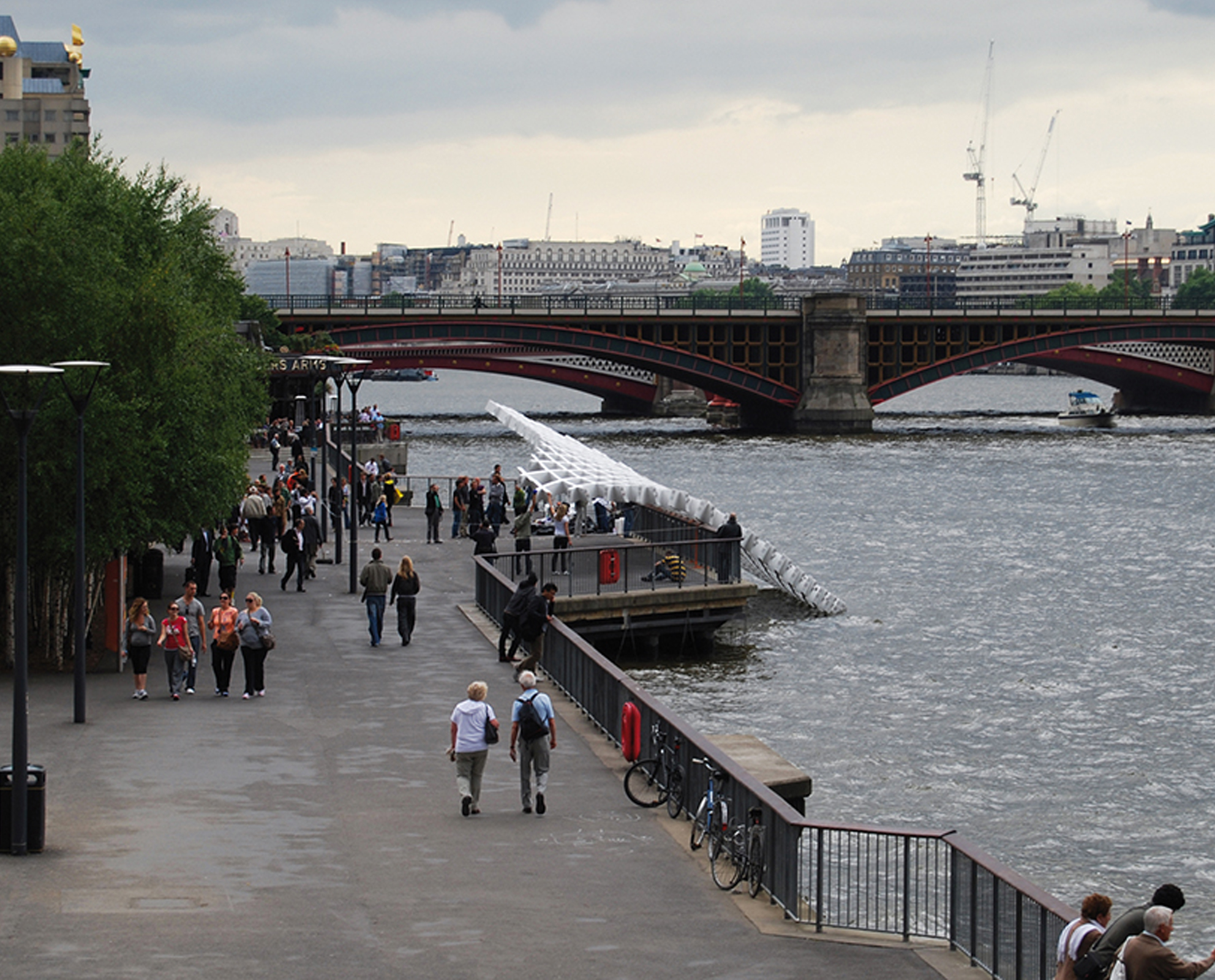 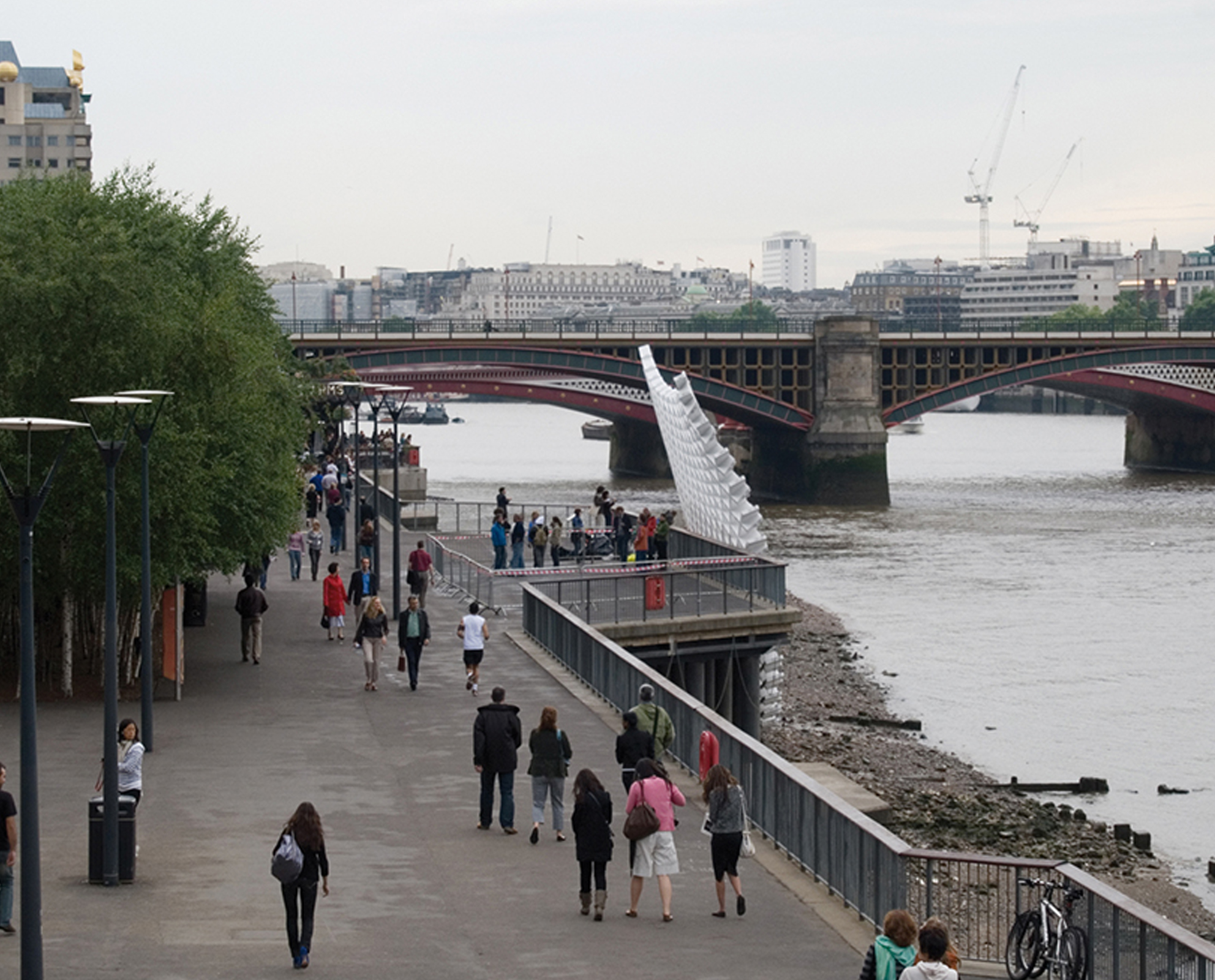 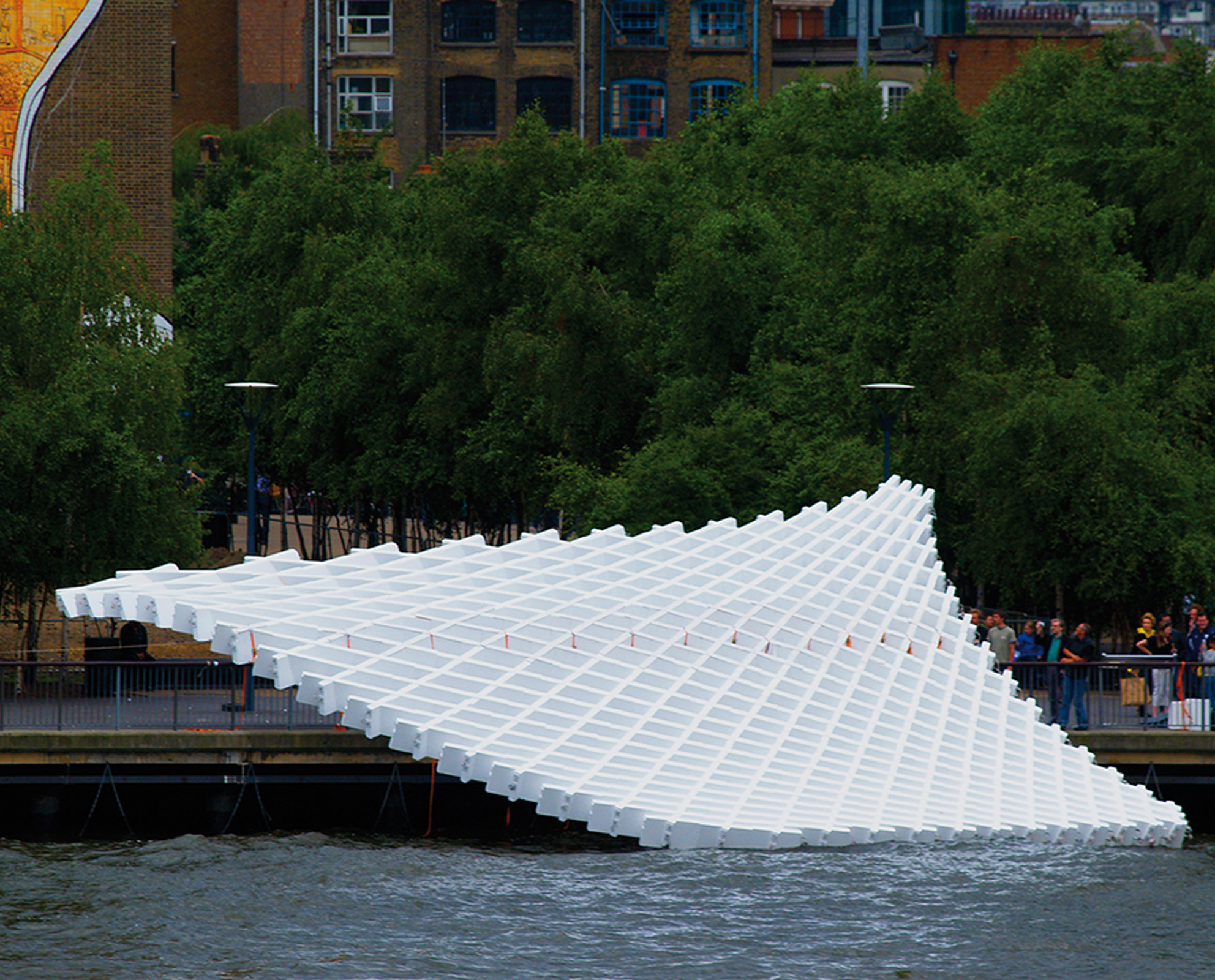 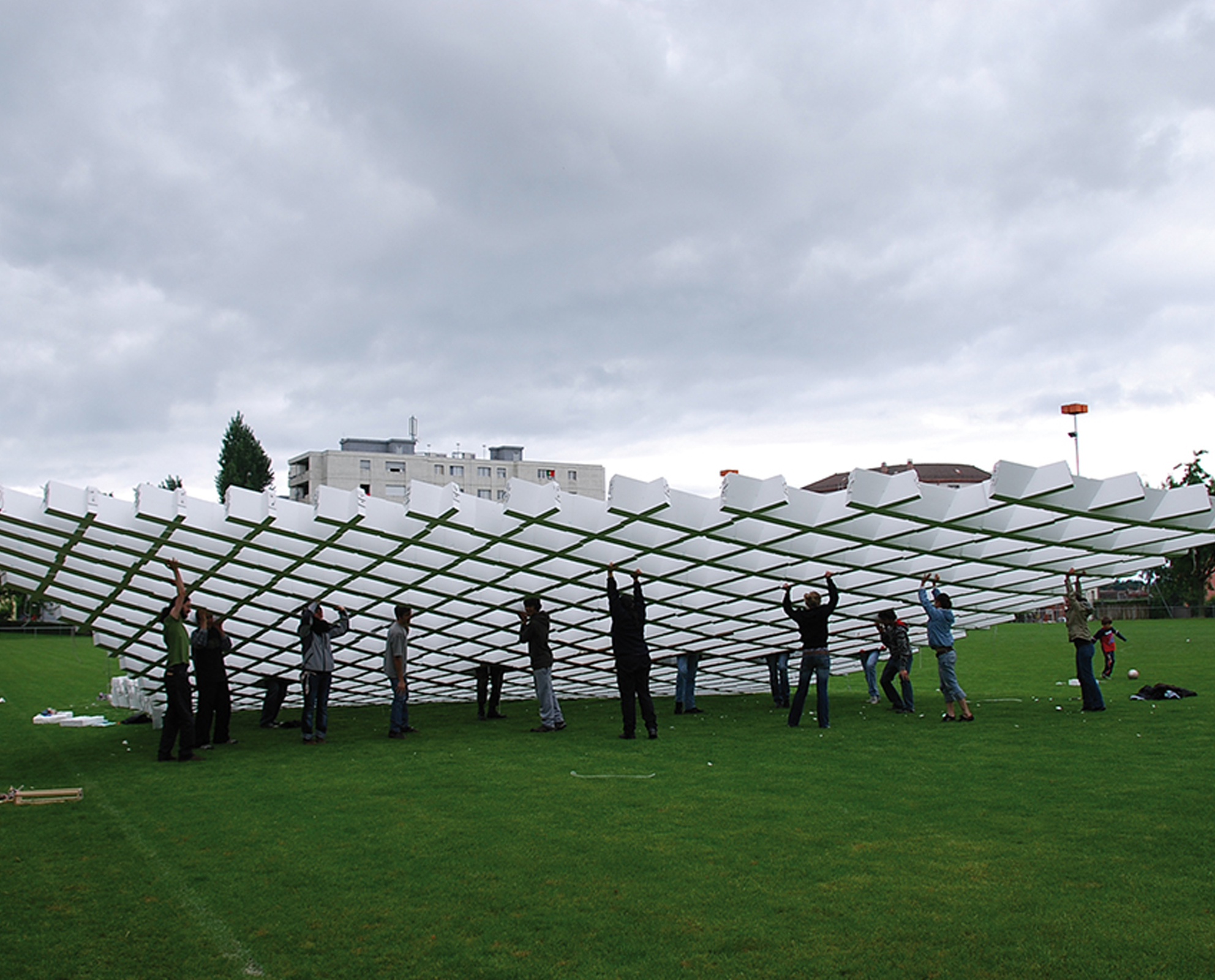 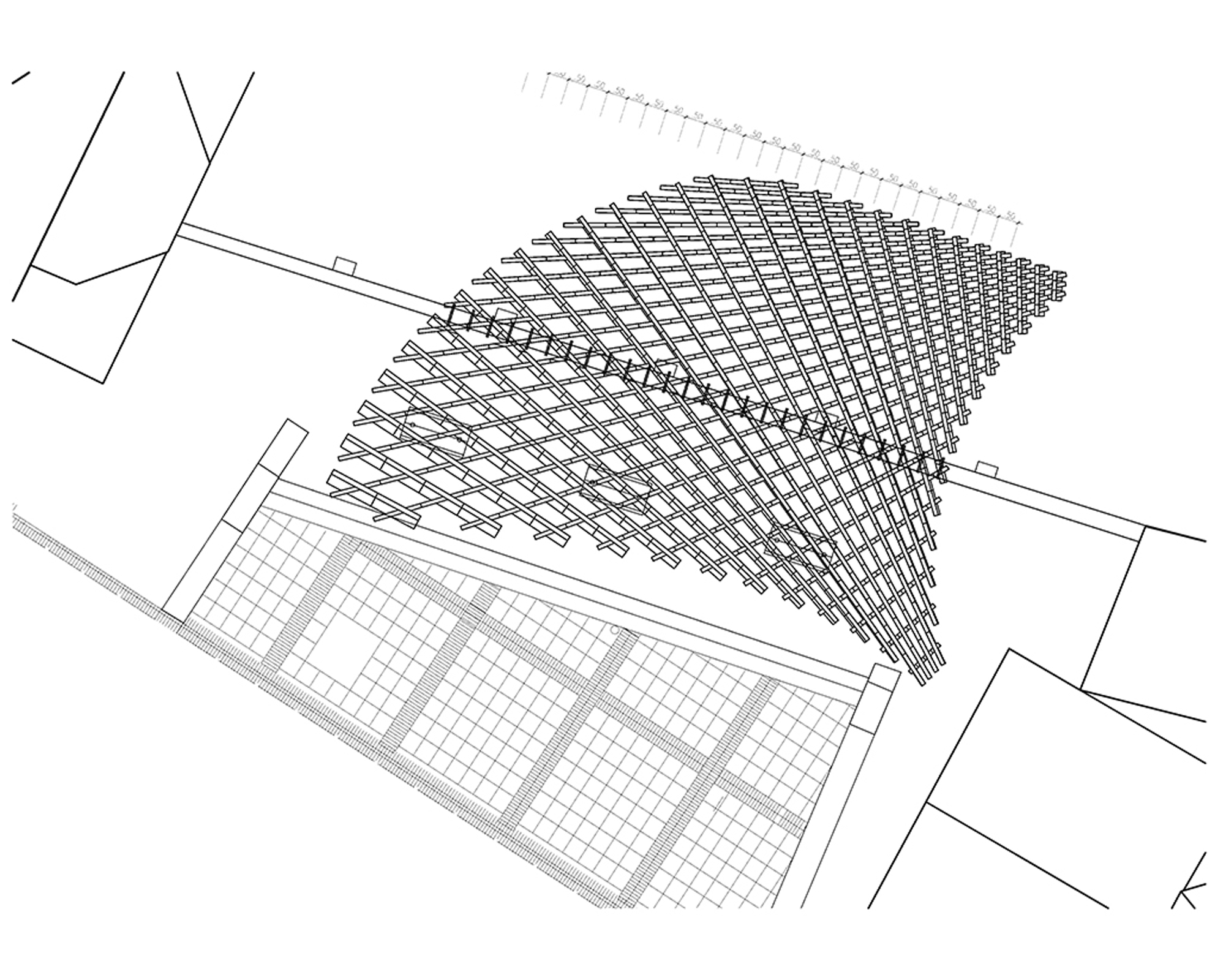 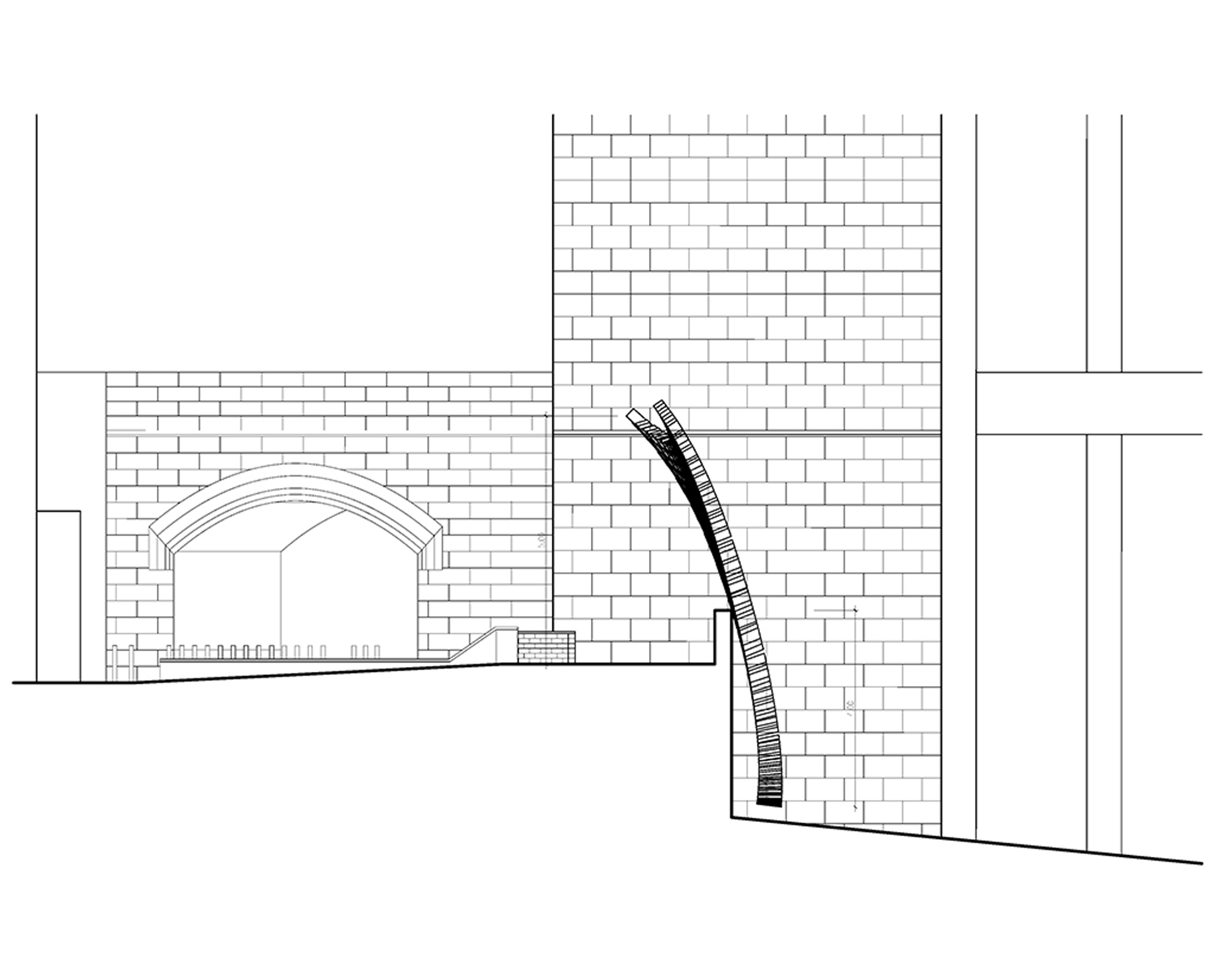 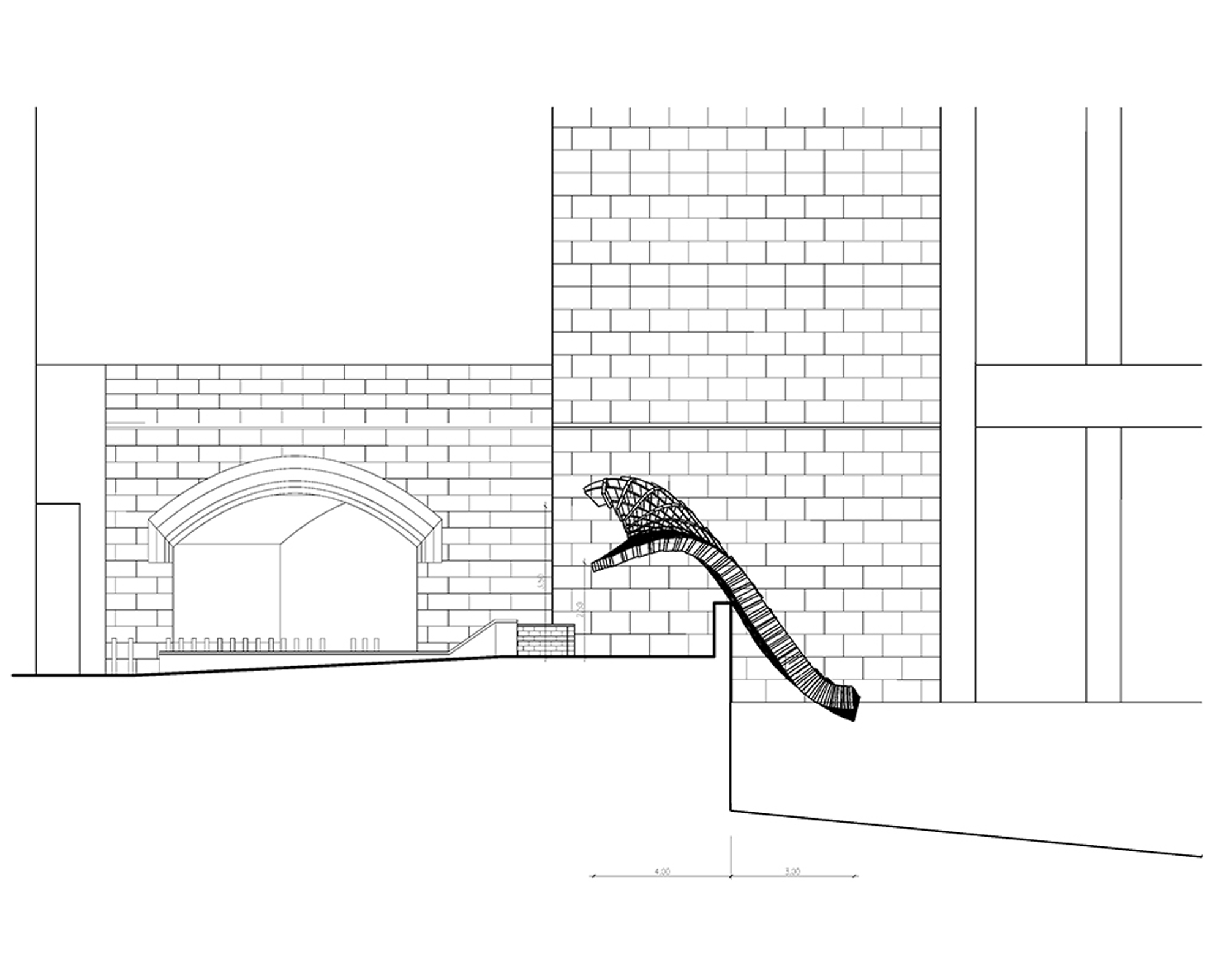 Overflow is a large-scale architectonic artefact interacting with the tidal movements at the Thames River in London. This installation was designed and erected on the Southwark Walkway in front of Tate Modern by ALICE’s team in June 2008, in the context of the London Festival of Architecture, where it was awarded the first prize of the NSFA student festival. Conceived as a flexible post-tensioned polystyrene structure, fastened along the embankment handrail as a hinge, it is to pivot according to the tidal amplitudes of the river. This spatial structure behaves as a tectonic overflow, from water to land. Although the Thames has, throughout history, largely influenced the development of the urban fabric of London, a physical connection to the river is still restricted today by an imposing embankment: this buffer zone absorbs twice a day an almost unnoticeable water level change of over six meters, mainly vertically along its retaining wall. The proposed installation attempts first, to accentuate our awareness of this phenomenon and second, to transfer it into a physical experience, an expansion from the vertical to the horizontal spatial configuration of the embankment walkway. 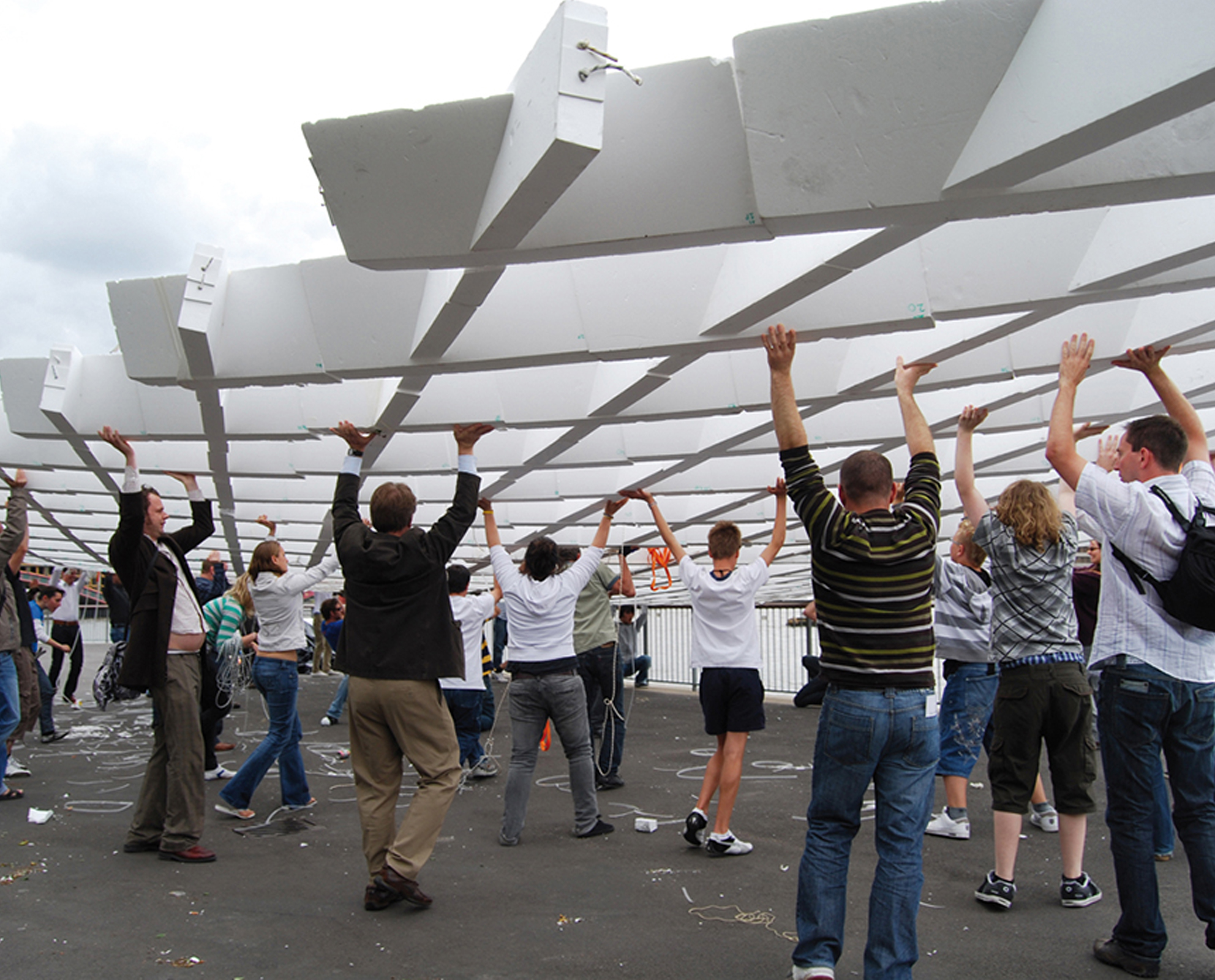