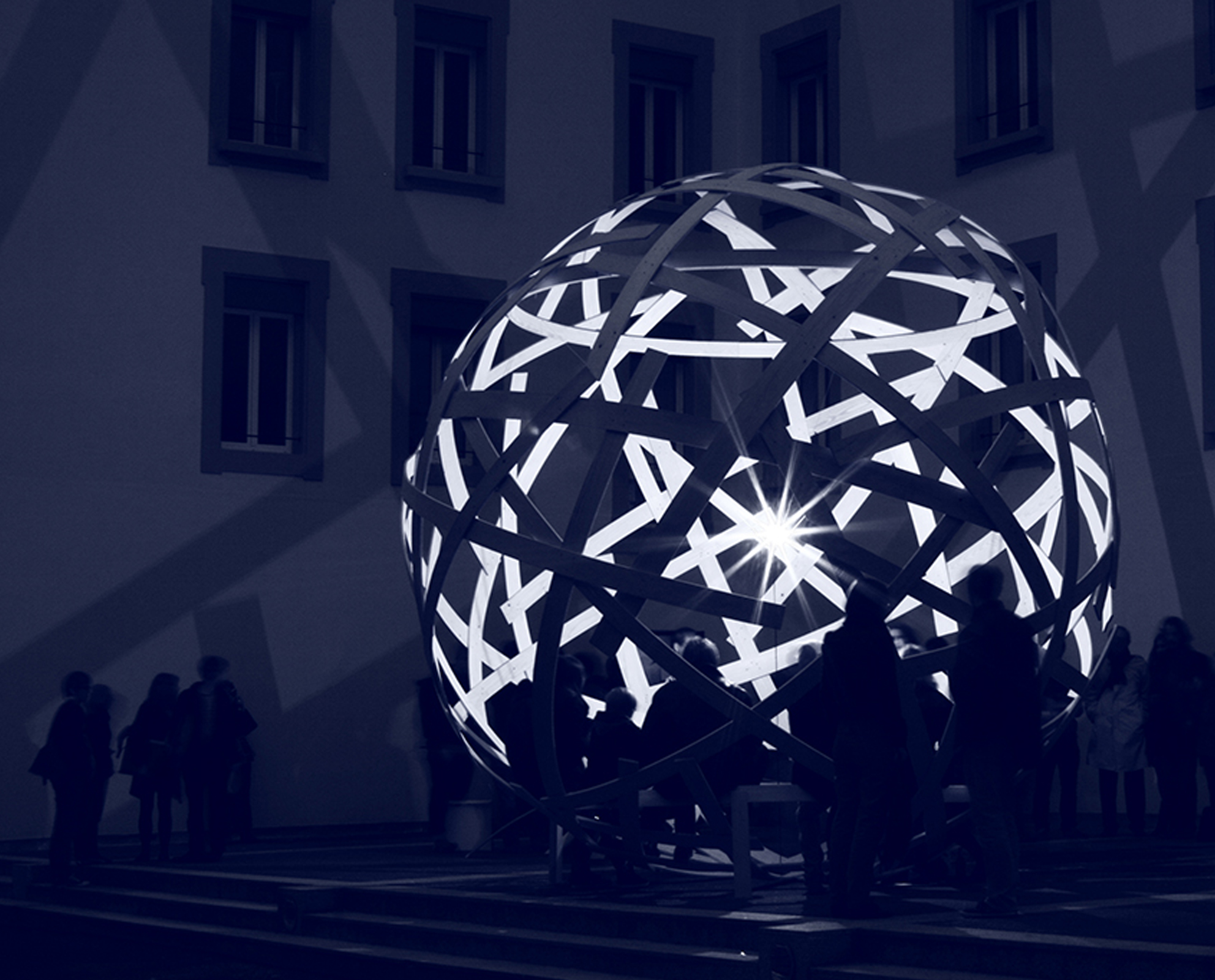 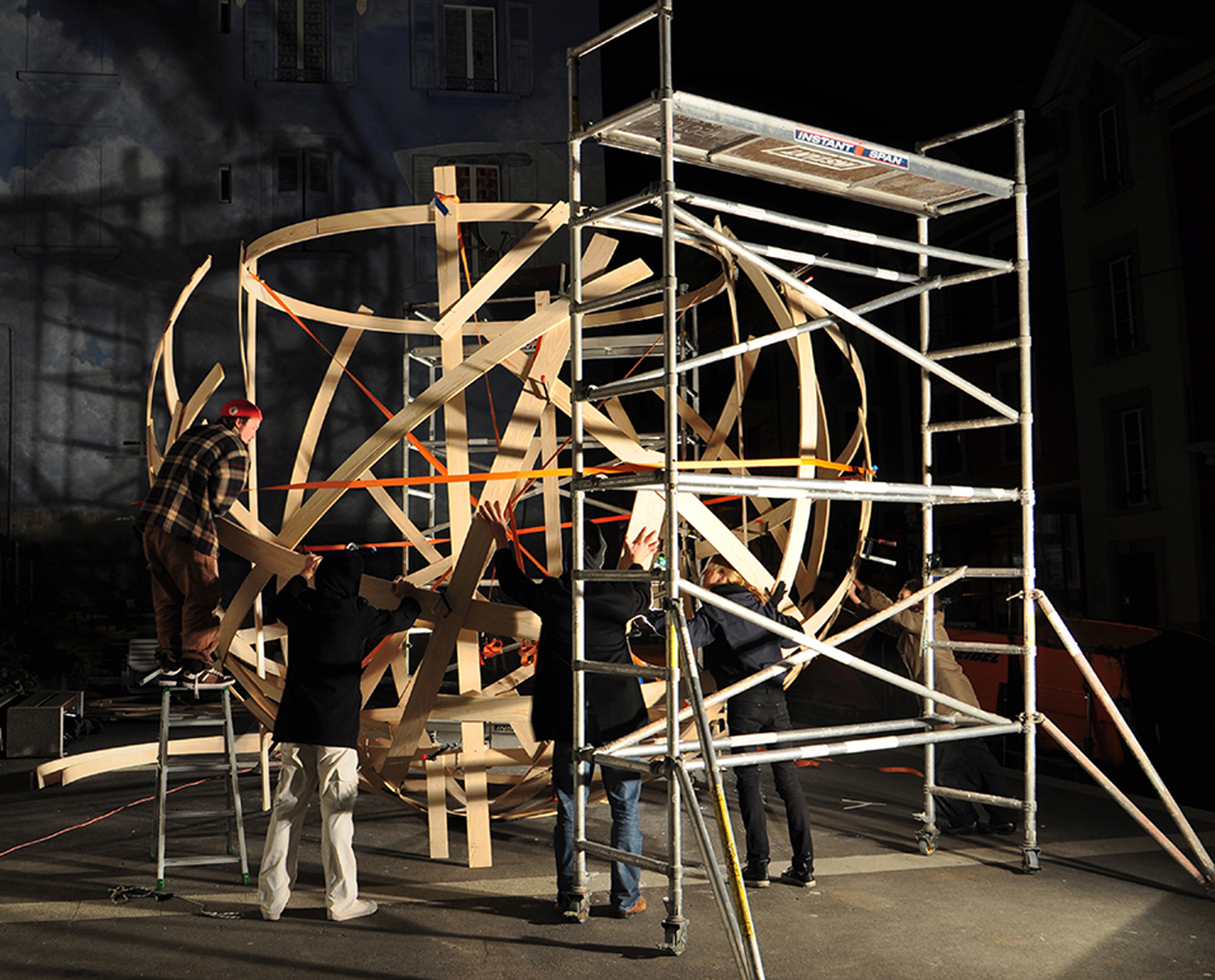 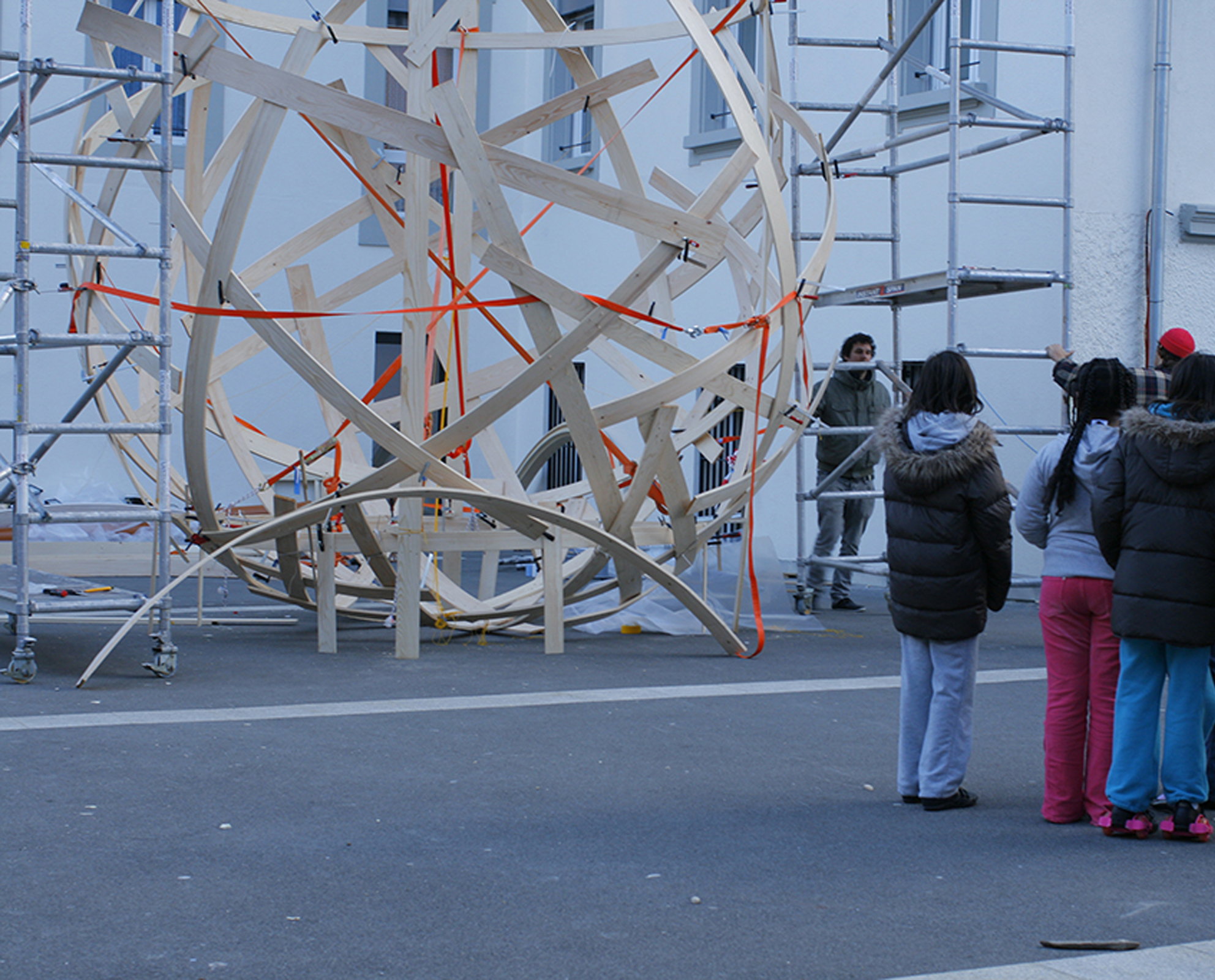 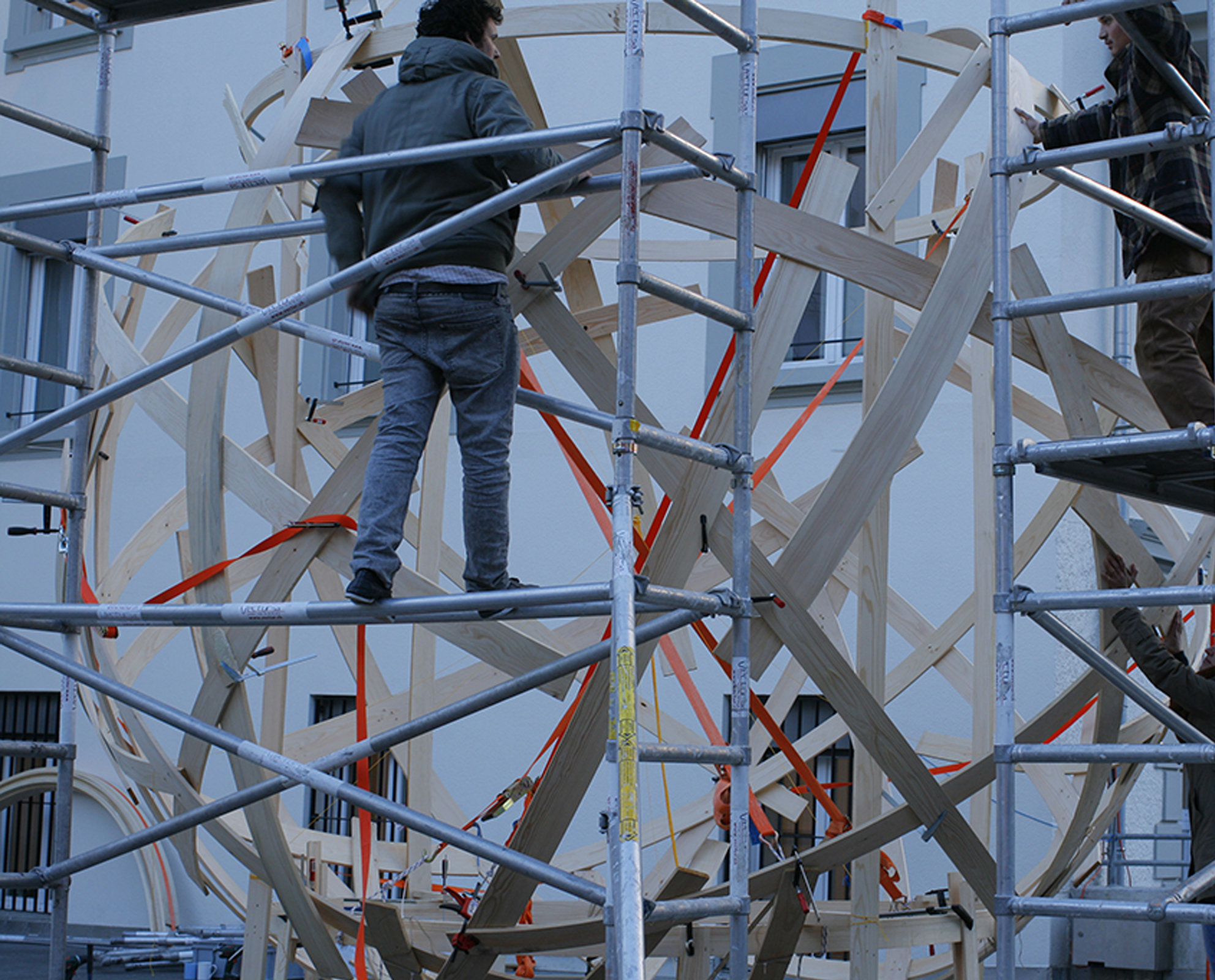 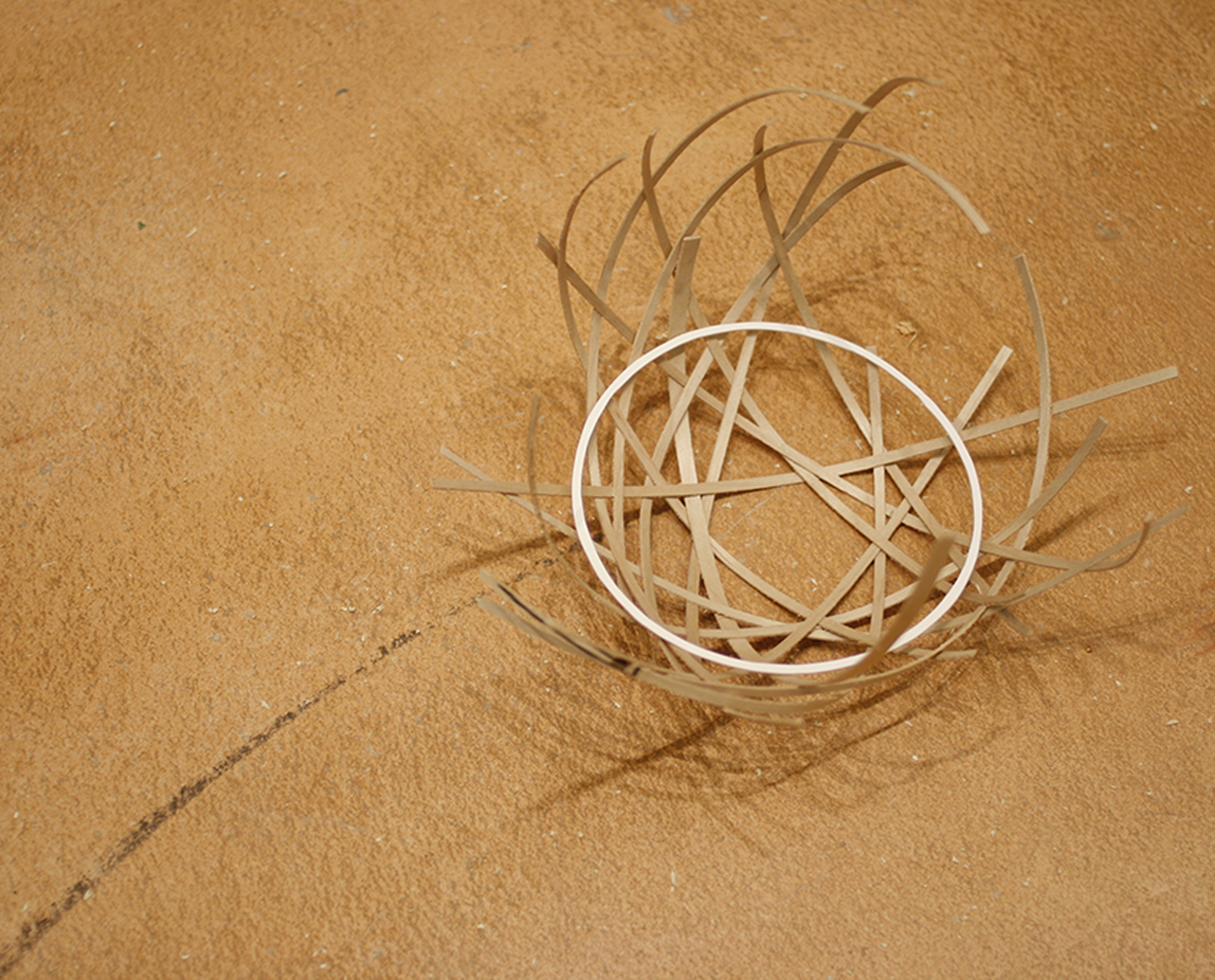 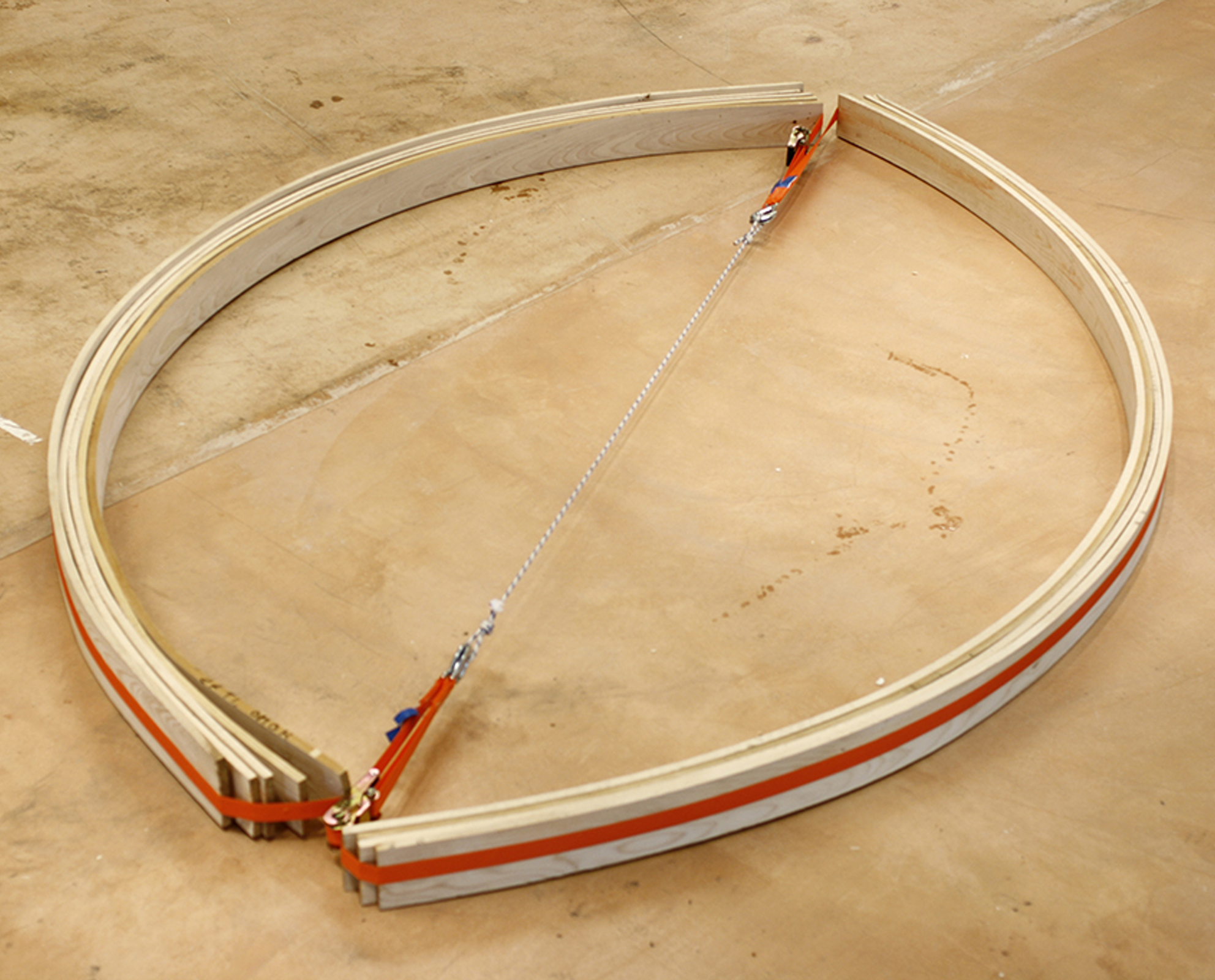 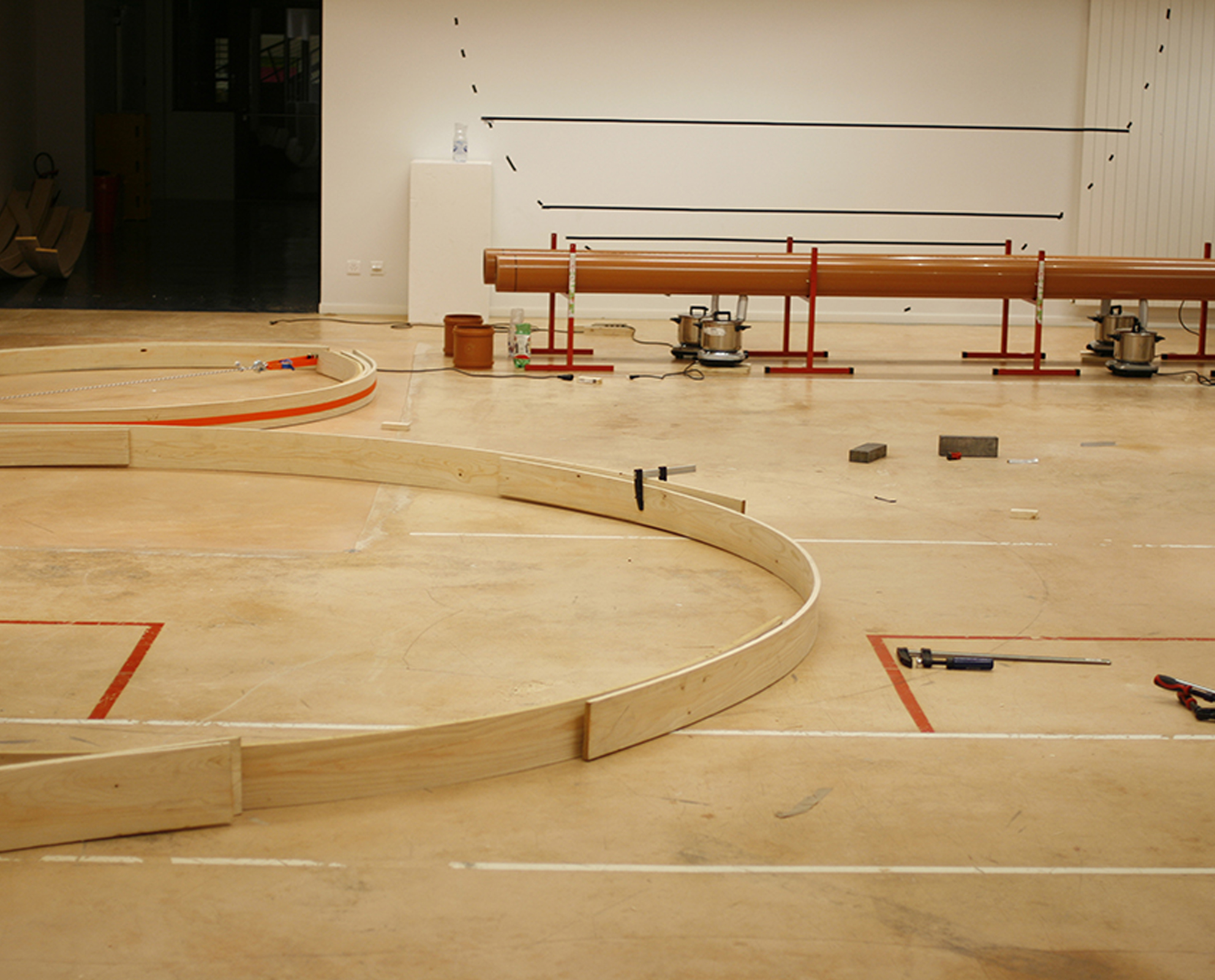 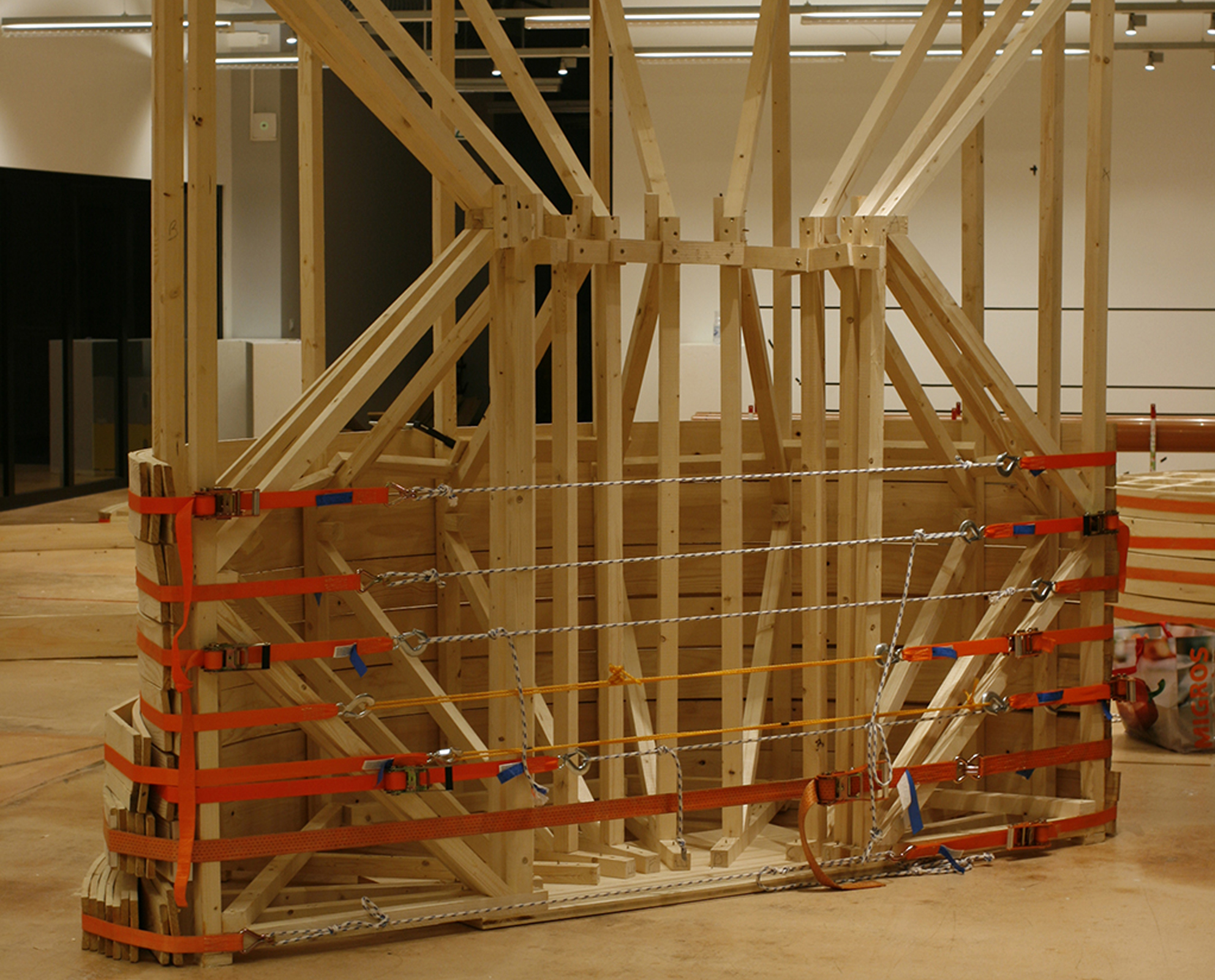 Tumbleweed was conceived for Espace TILT, a small contemporary art space based in Renens, in the context of its inaugural exhibition held in October 2010. Built with pre-curved planks woven together and held by tension to form a spherical enclosure, this full scale architectural installation engages the private with the public, the exterior with the interior and the ideal with the real in a mirroring effect: the terms of their relationships are multiplied and transformed into a new understanding. The curved timber planks were given their shape using a prototypical steaming device installed at EPFL+ECAL LAB, where a series of tests were previously conducted by the team. The structure was assembled on site by ALICE’s team over the course of one week. In the context of Place du Corso, the woven structure acted both as a spatial intervention—a sculptural installation—and an enclosure—a space to gather, sit and discuss—, thus redefining the quality of the surrounding public plaza while creating a space for social interaction. At night, Tumbleweed acts as a large lantern: the neighboring buildings become screens and transform into a landscape of shadows, producing the effect of an inhabitable space, a “room” carved into the city fabric. 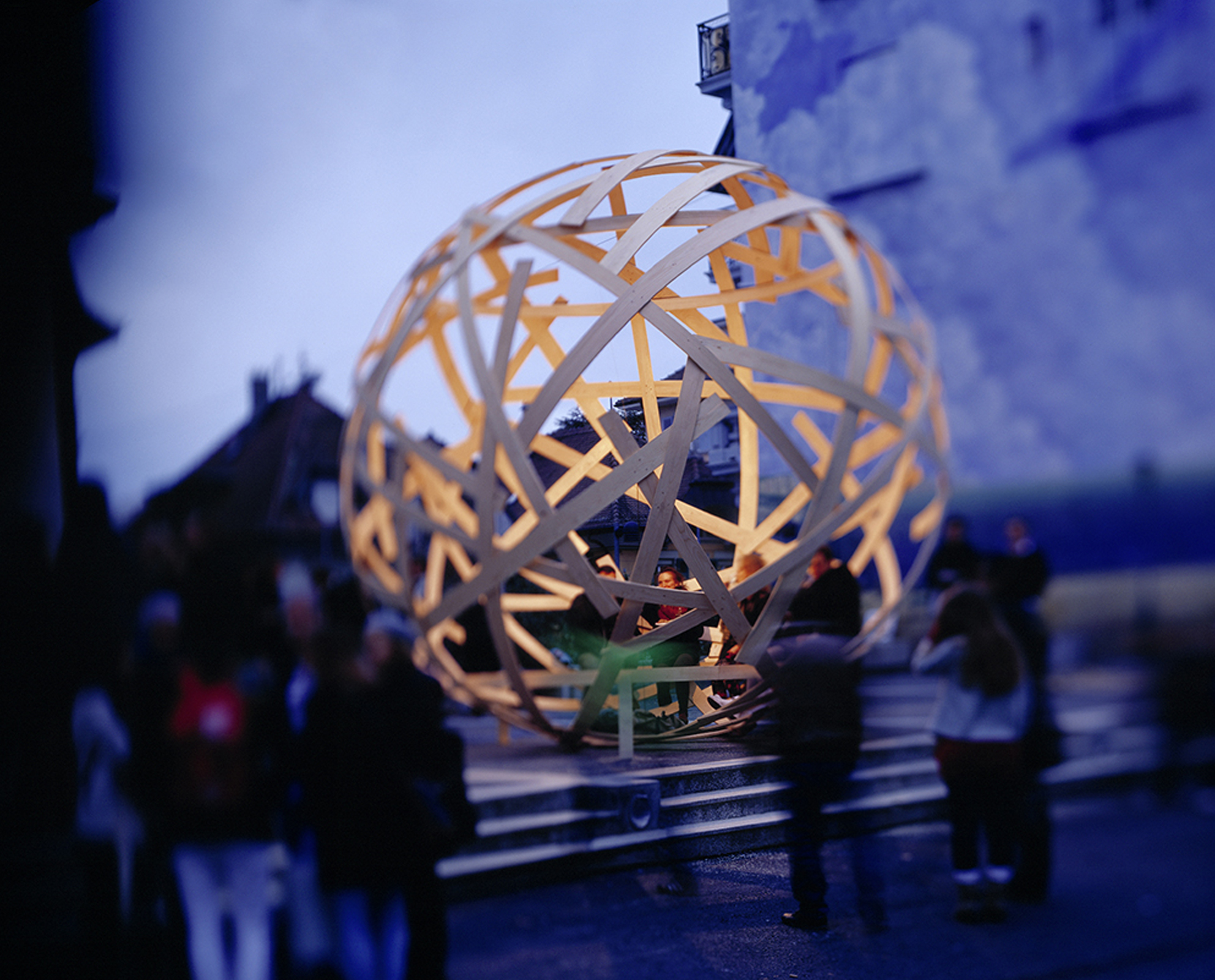