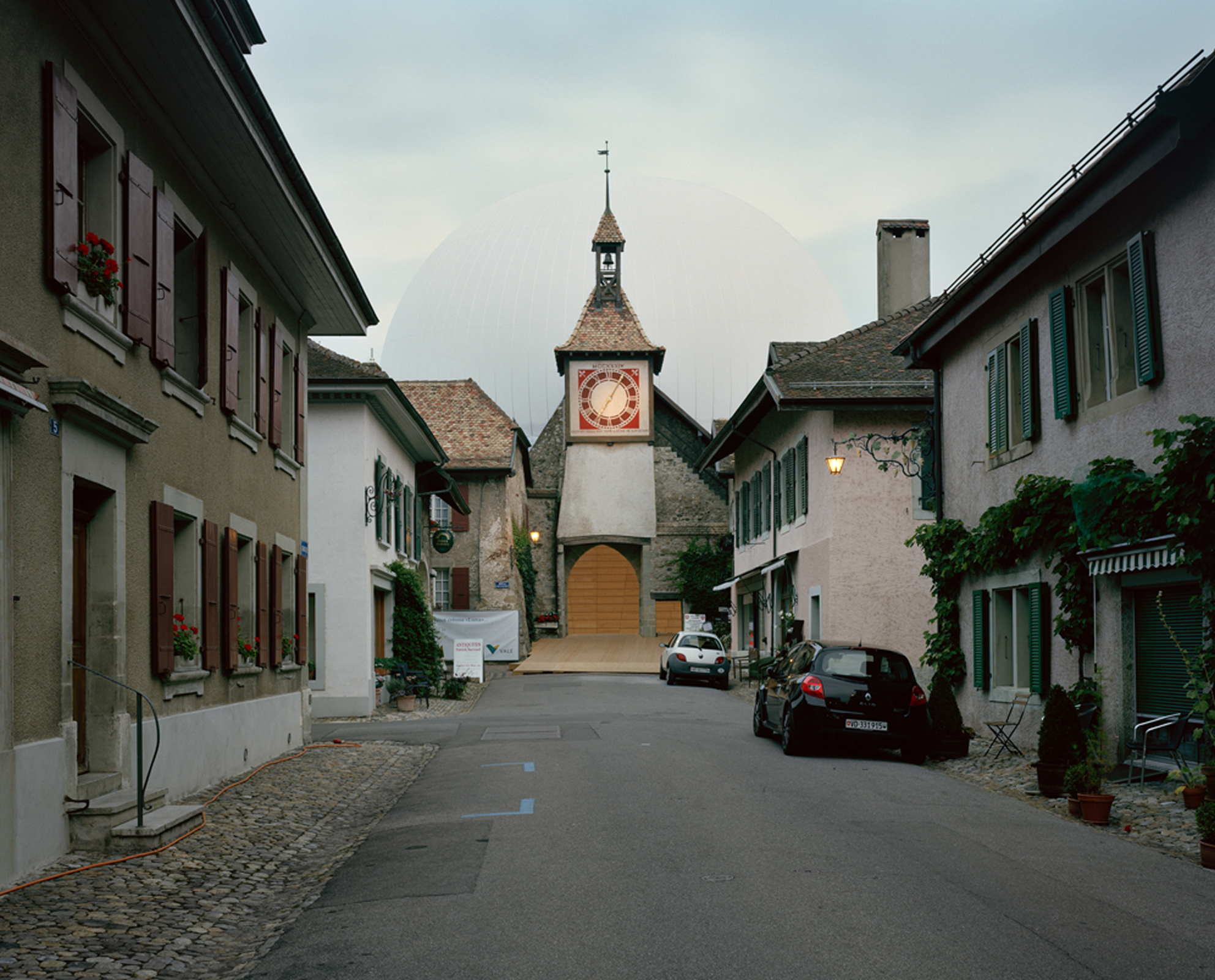 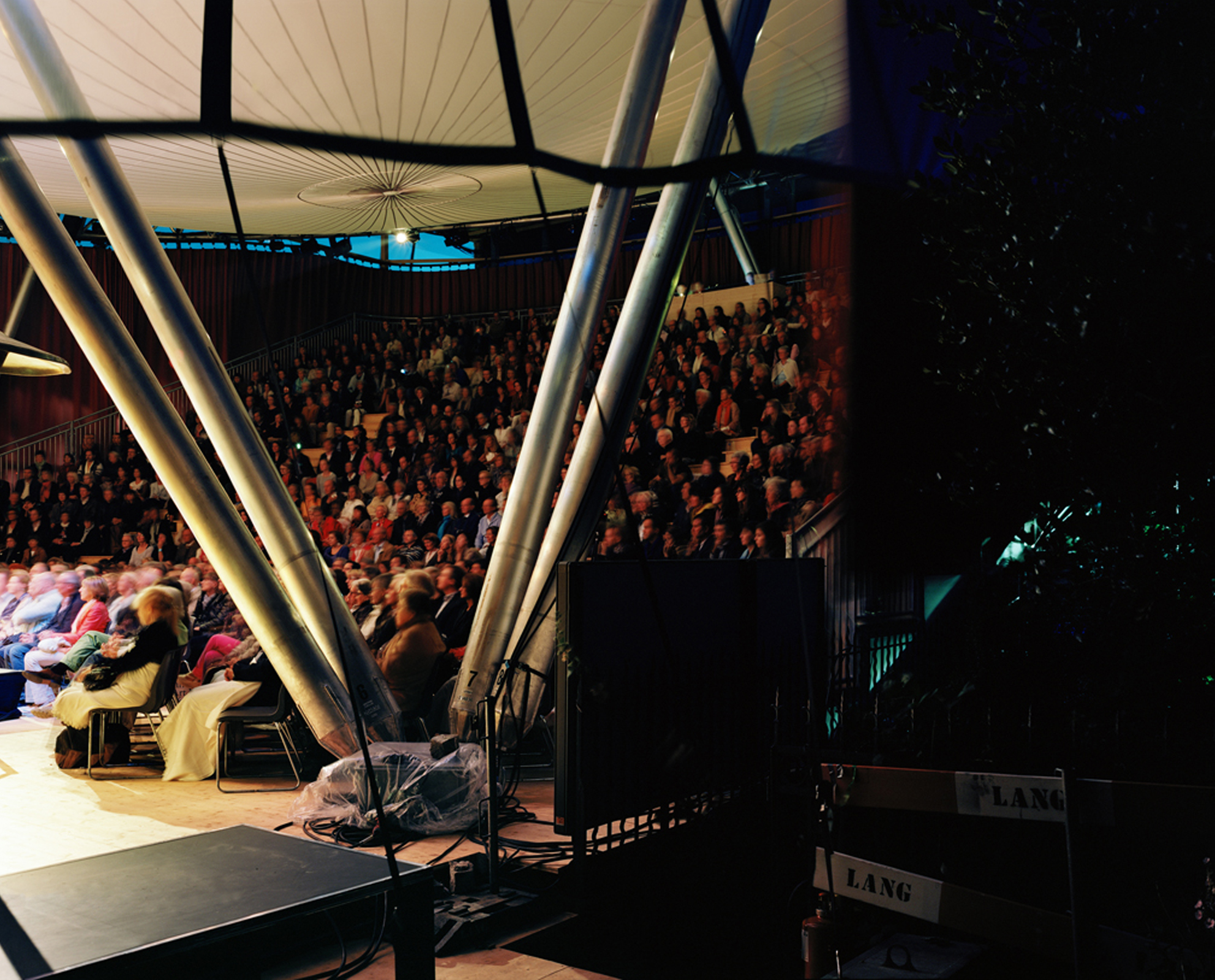 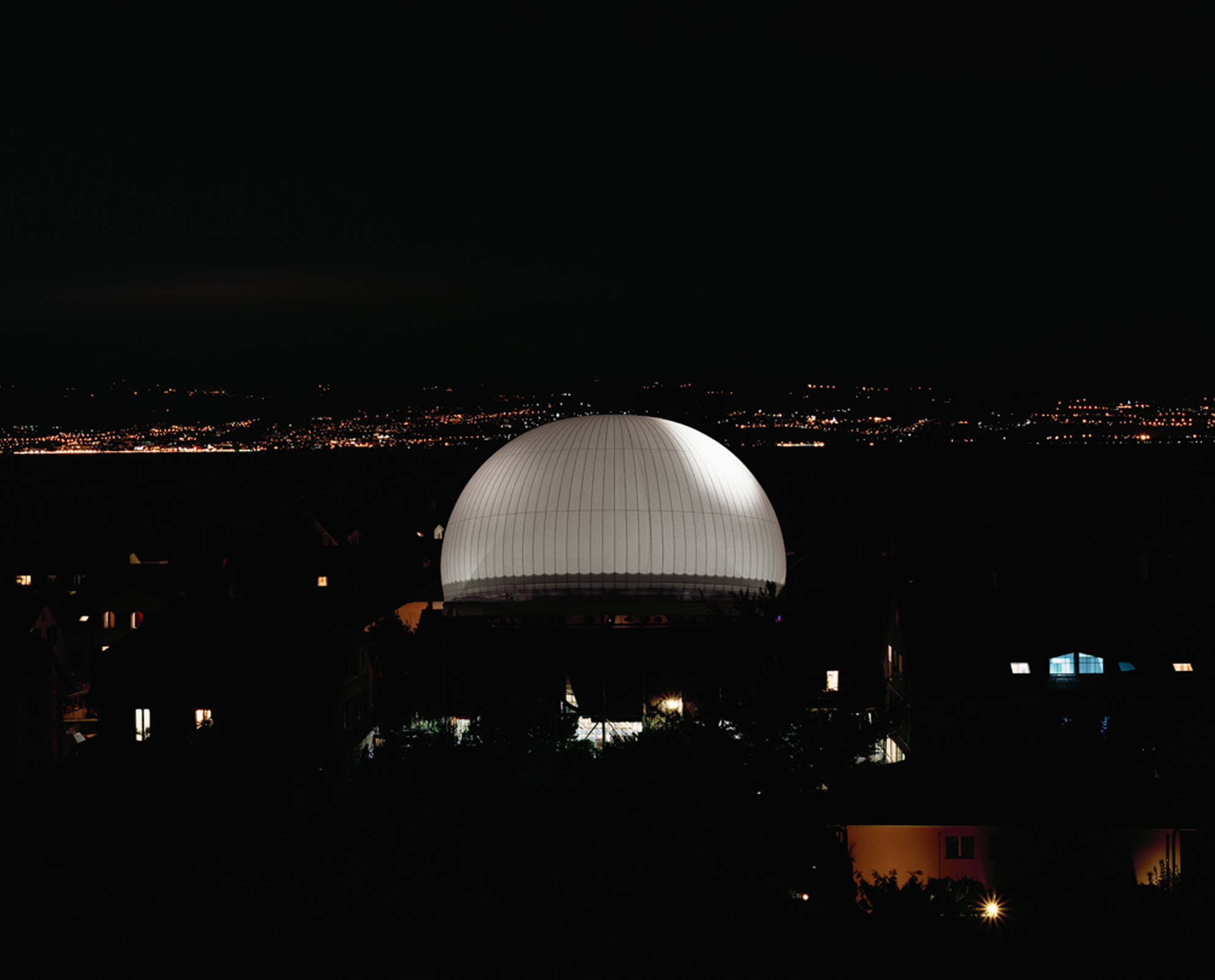 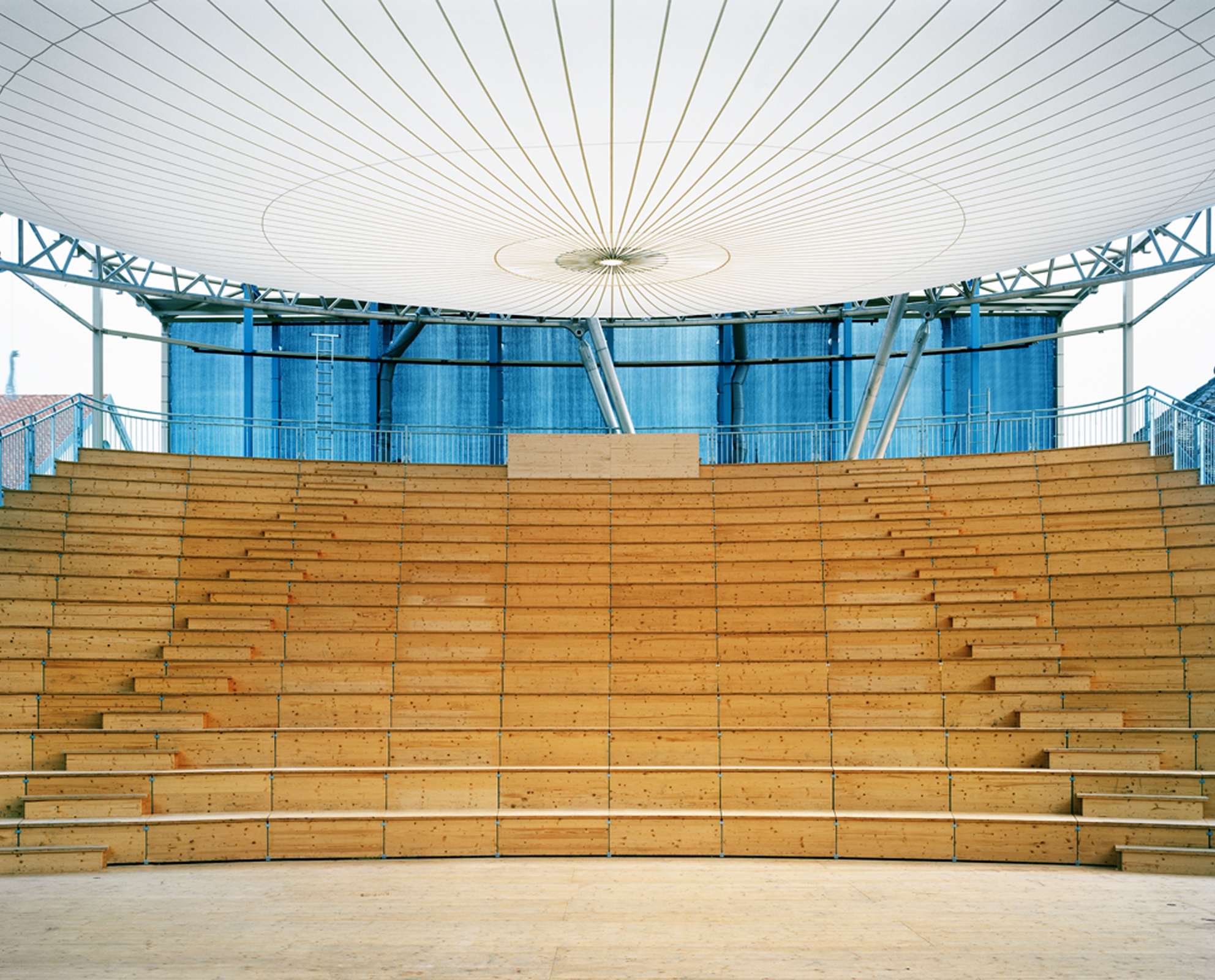 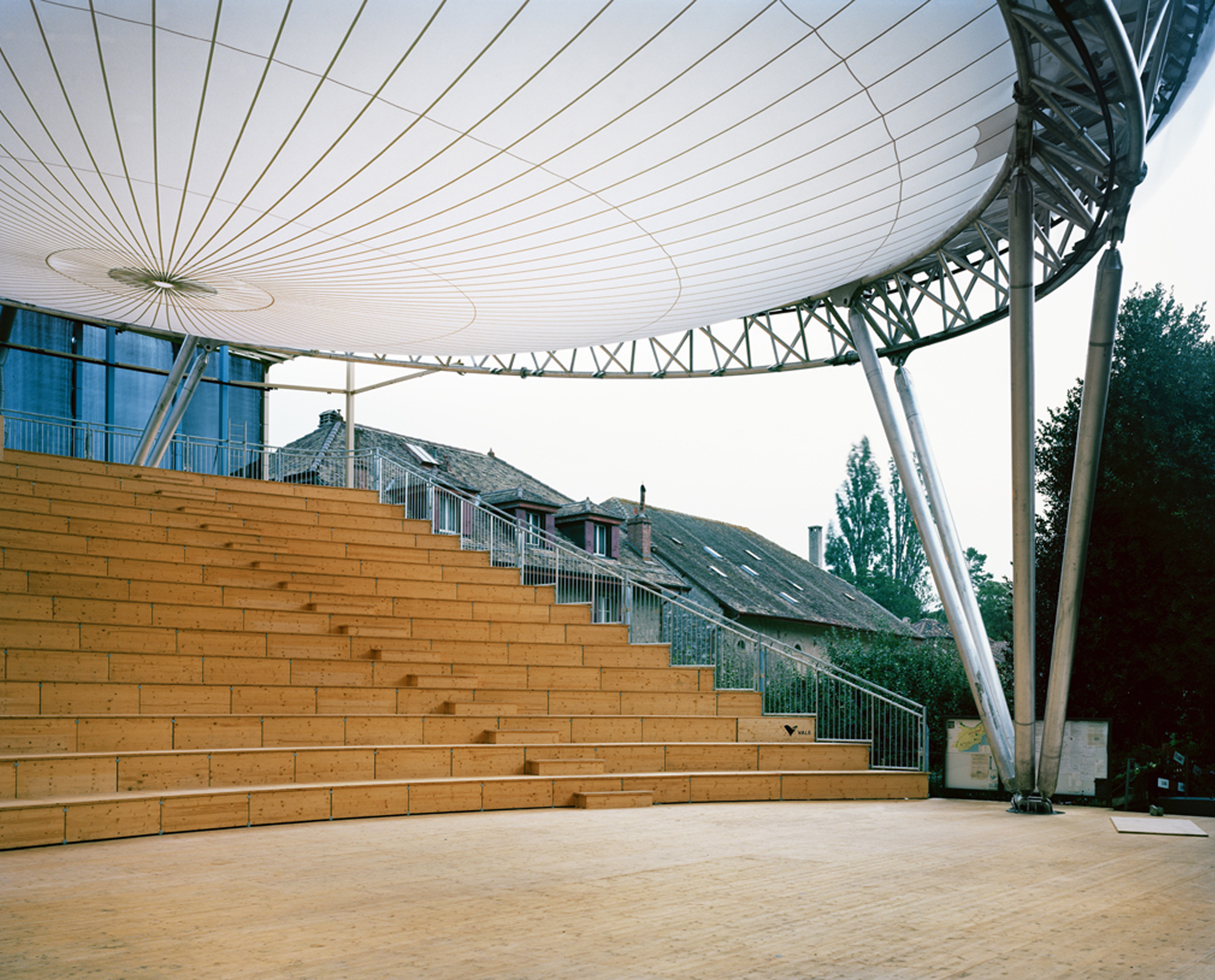 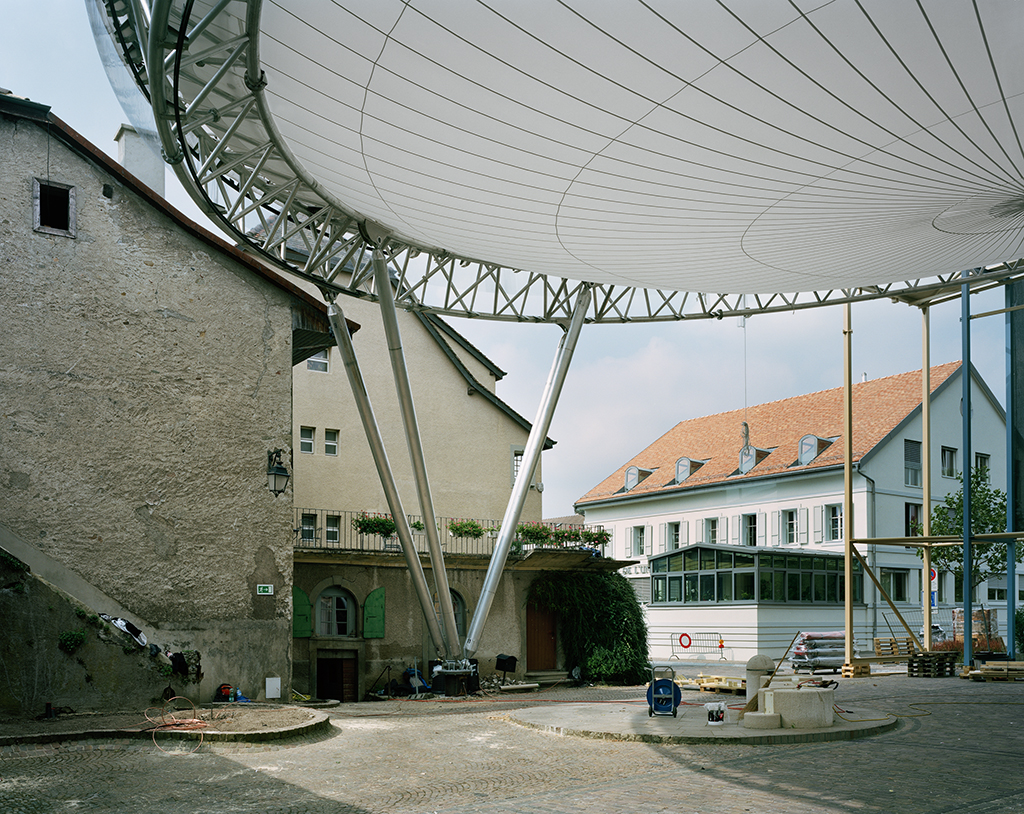 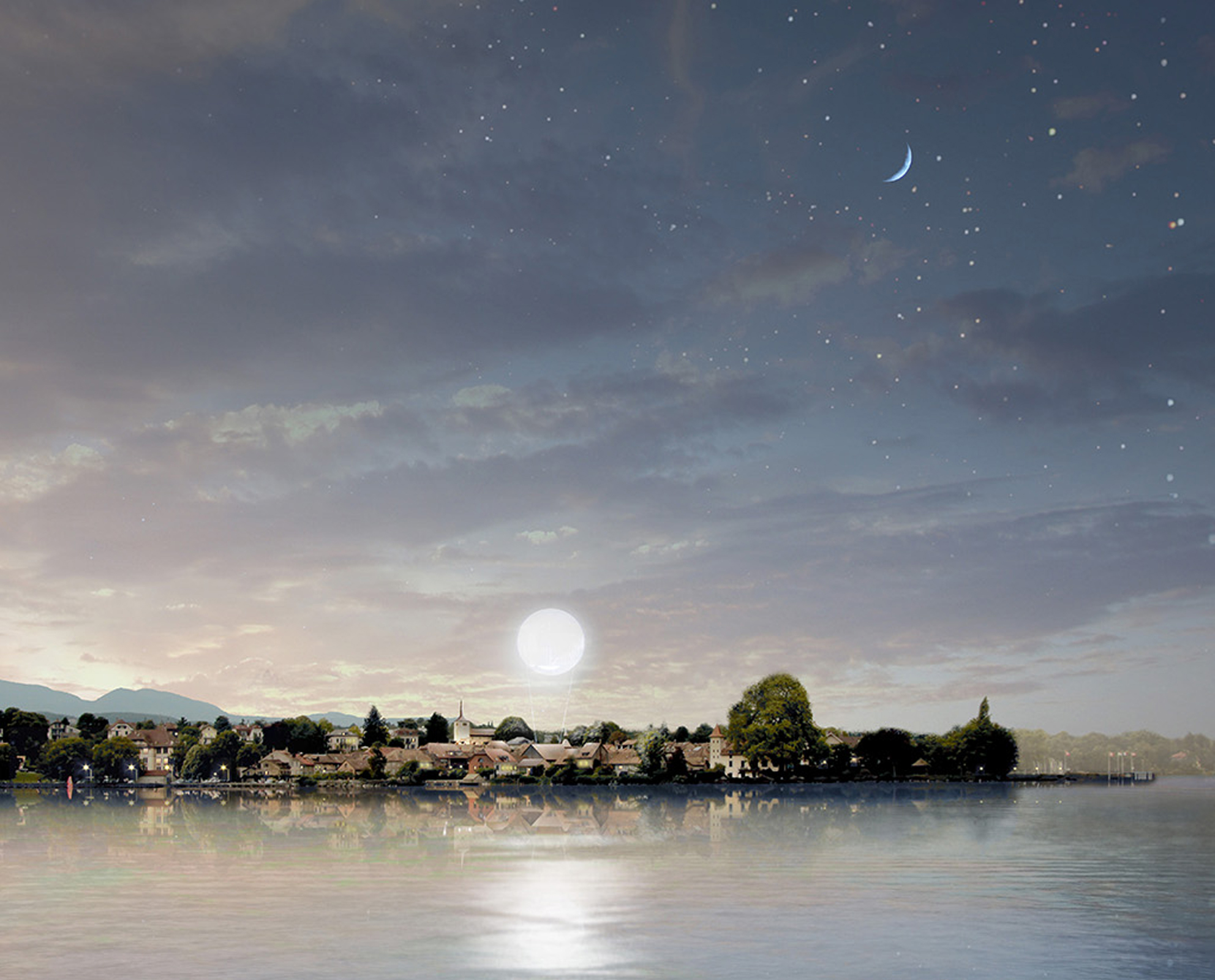 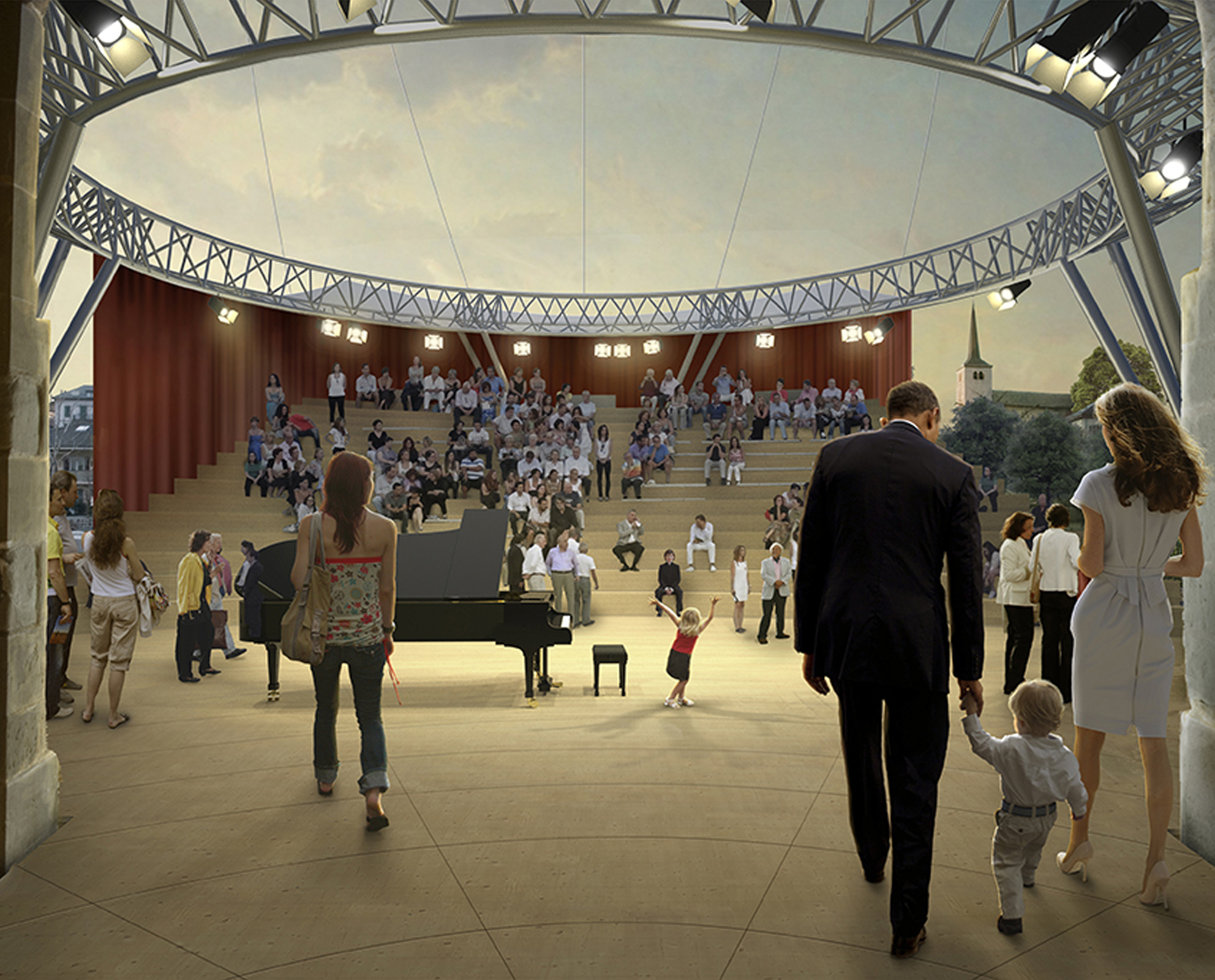 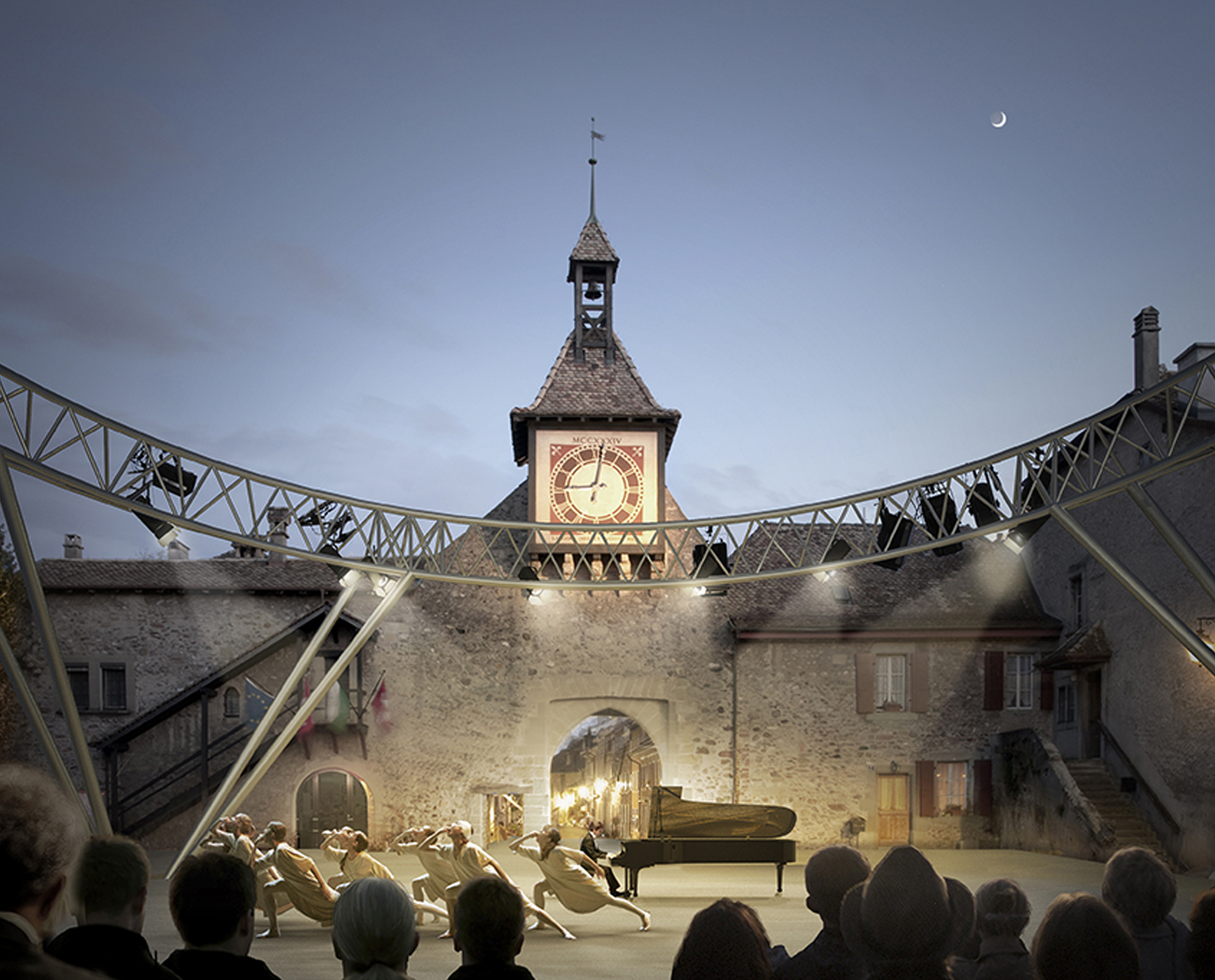 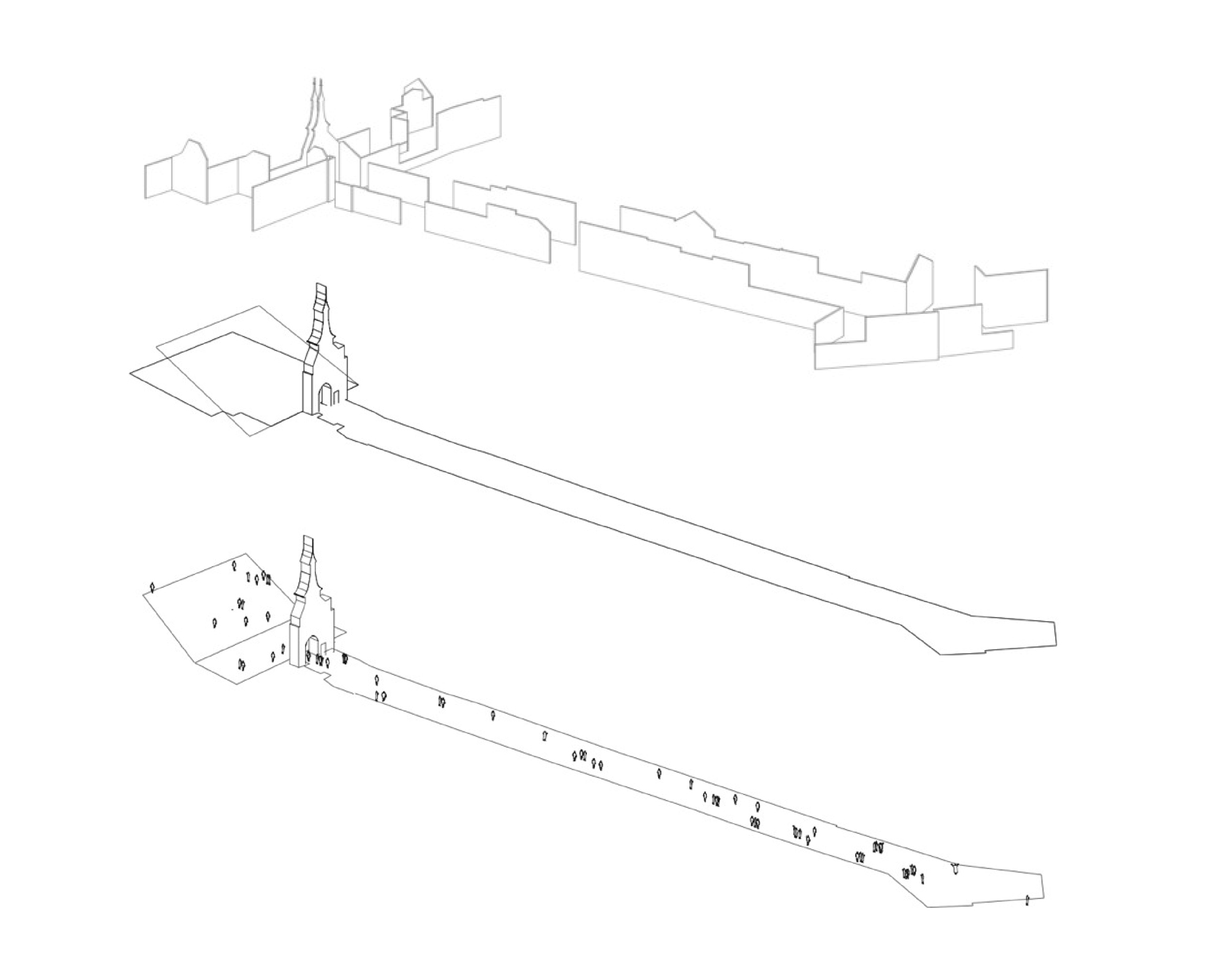 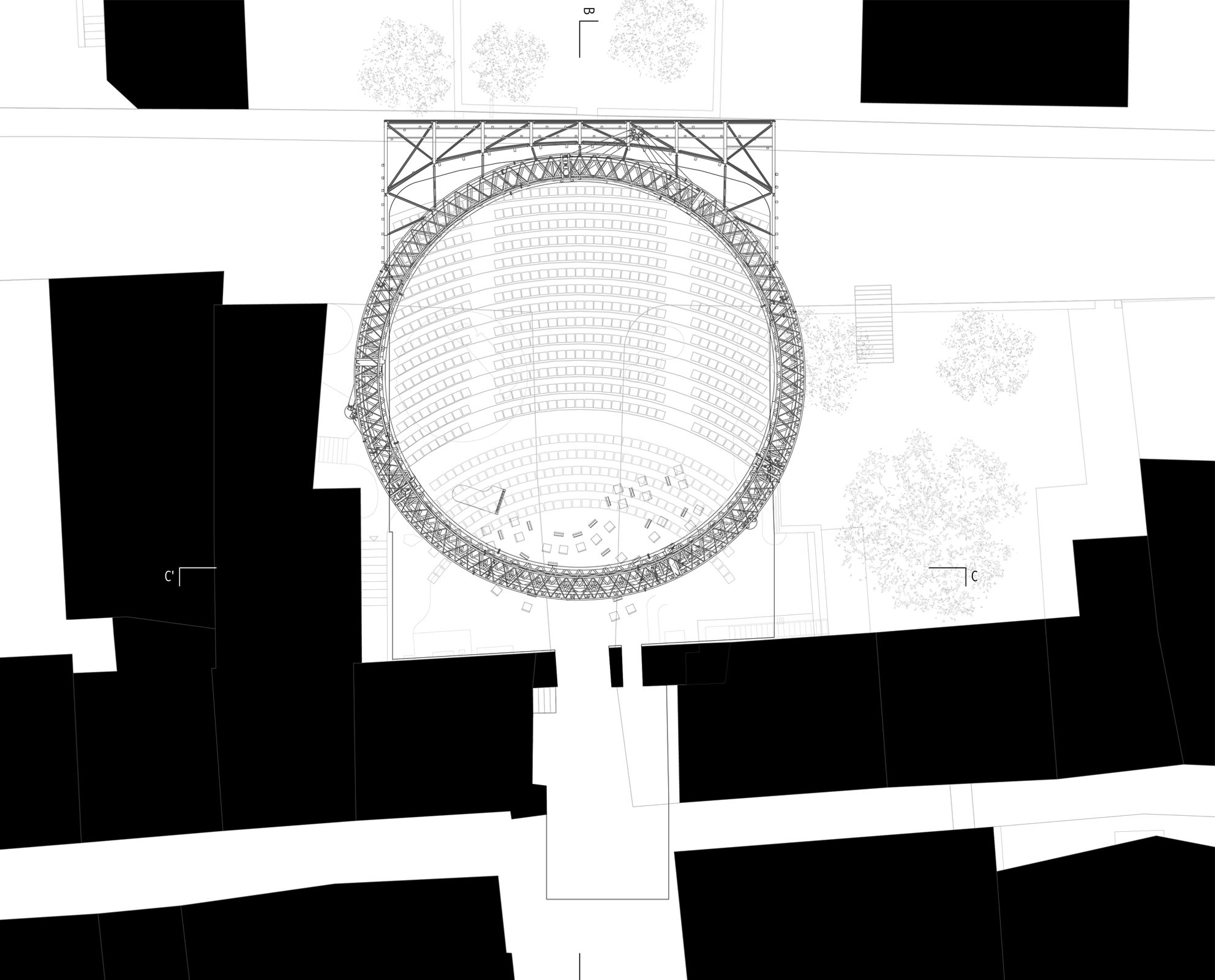 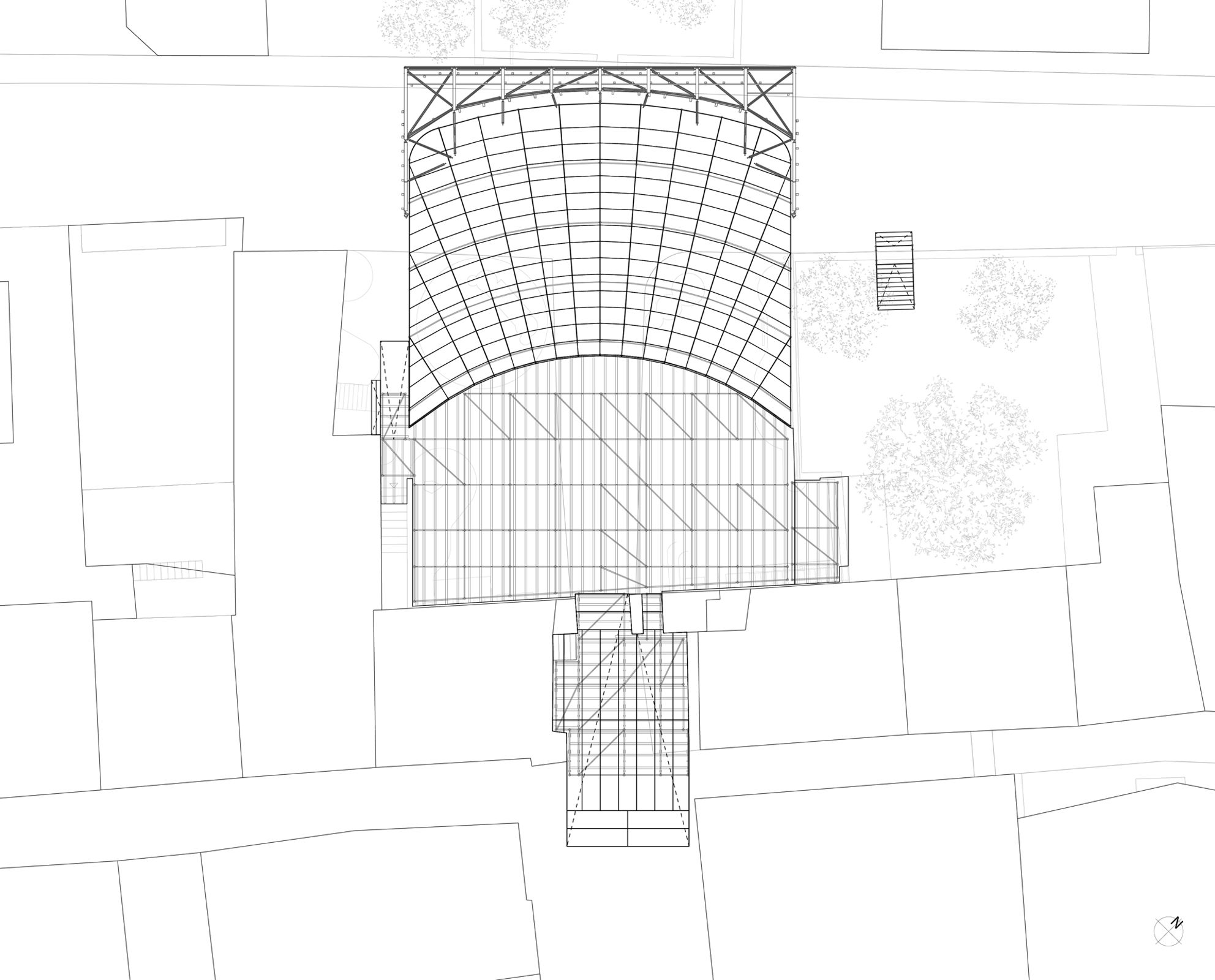 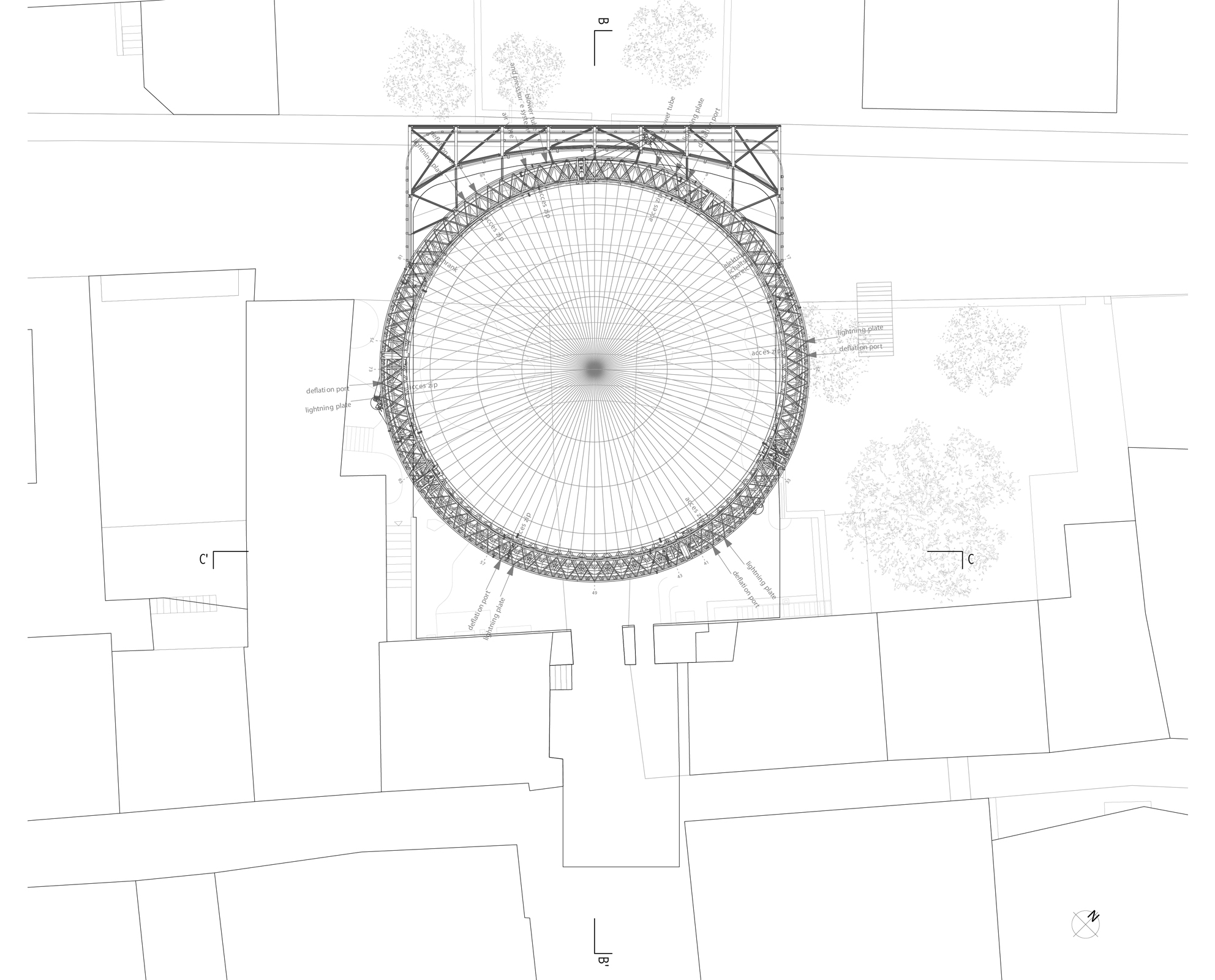 Luna was developed by ALICE for the 6th edition of the St. Prex Classics festival in 2012. Designed for the Place de l’Horloge, facing the clock tower at the entrance of the medieval town of Saint‐Prex, this ephemeral, fully demountable structure provides the festival with a sheltered space for concerts and dance, with a modular capacity of 500 to 700 spectators. The main issue addressed in this design research project, was how to shelter an event while leaving it open to the skies, similar to the illusionary vaults of the Baroque age?

While the “Grande Rue” of the medieval “bourg” of St Prex accommodates all festival-related functions, beyond the city gate, the ground folds up into the seating ranks in topological continuity to form a simple yet open and flexible environment. Hence, the gate to the city becomes the entrance to the concert hall and the performance space operates as a plug-in into the medieval city. While for the spectators facing the clock tower the historic façade remains one of the main features of the new structure, a key element of the project is its vast hemisphere, covering the space with a softly convex roof—an illuminated textile dome—providing it with a unique atmosphere and rare acoustic qualities. 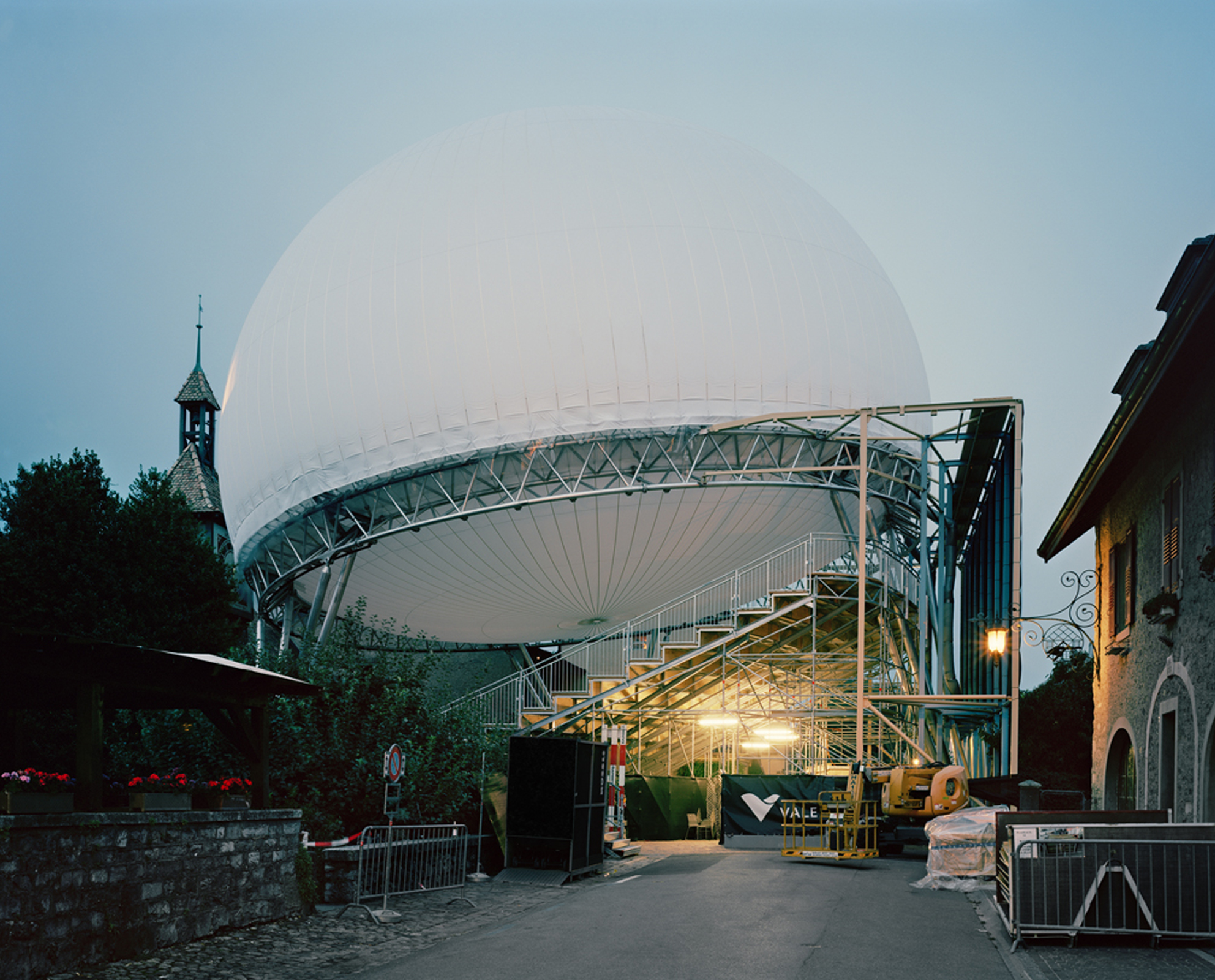