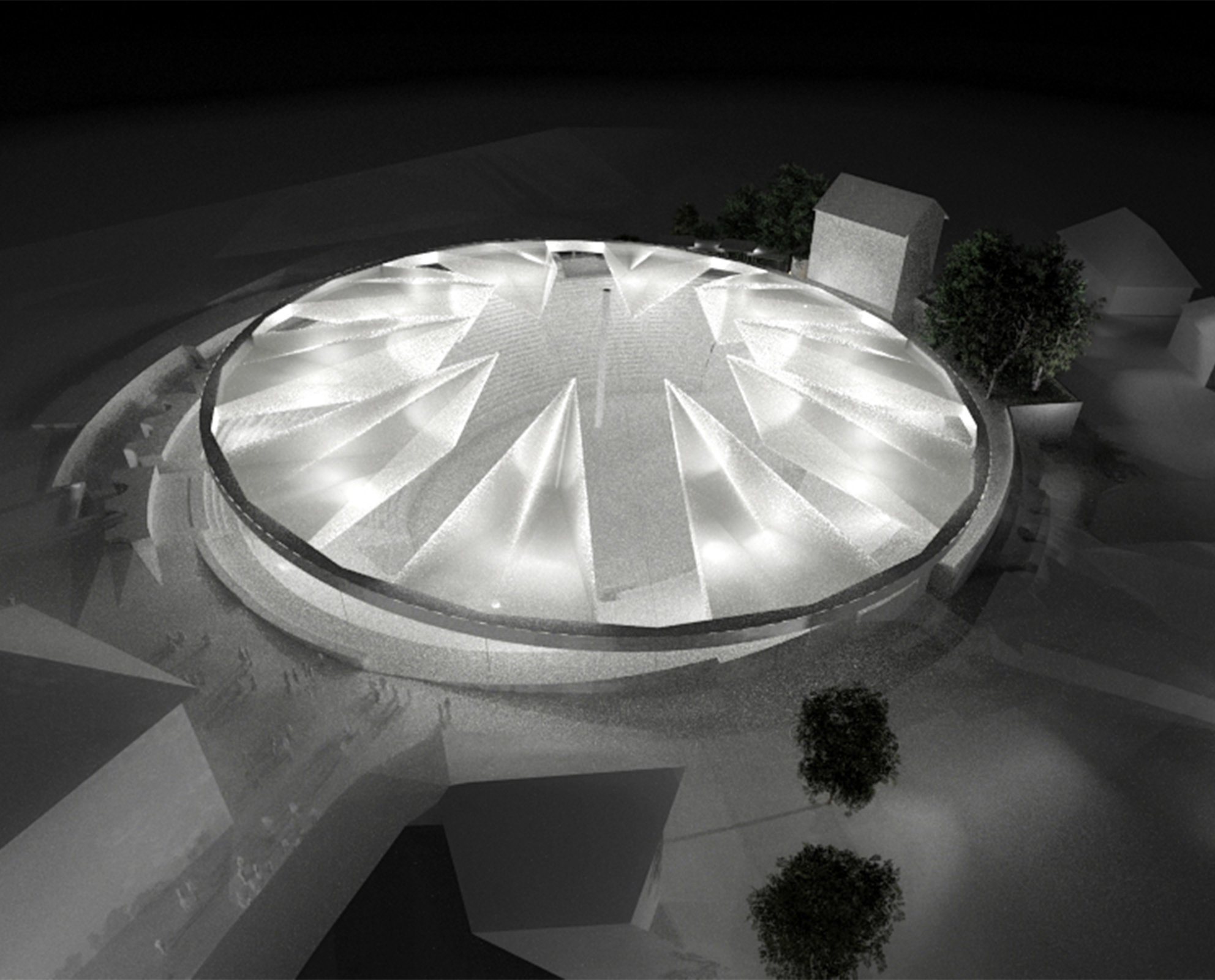 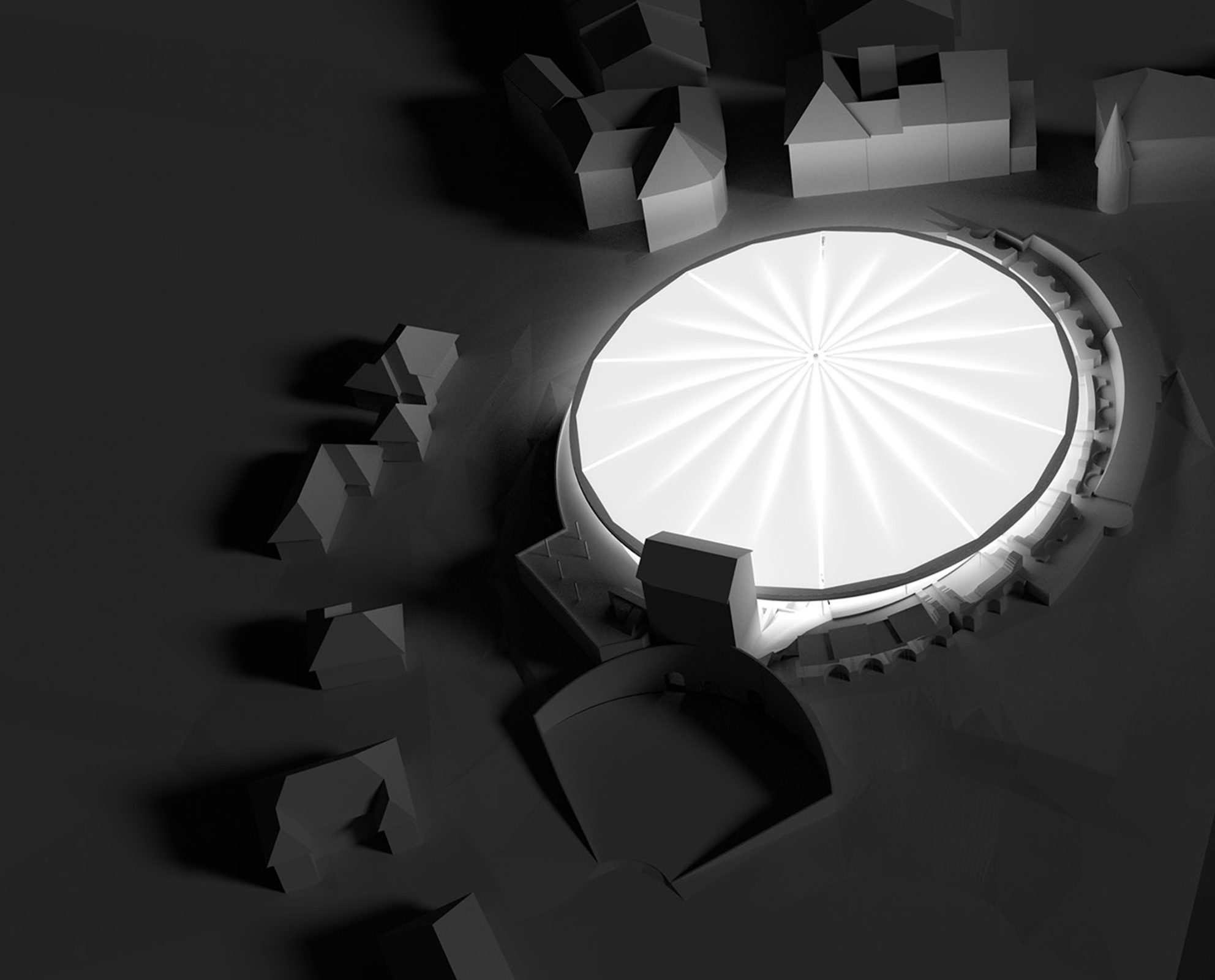 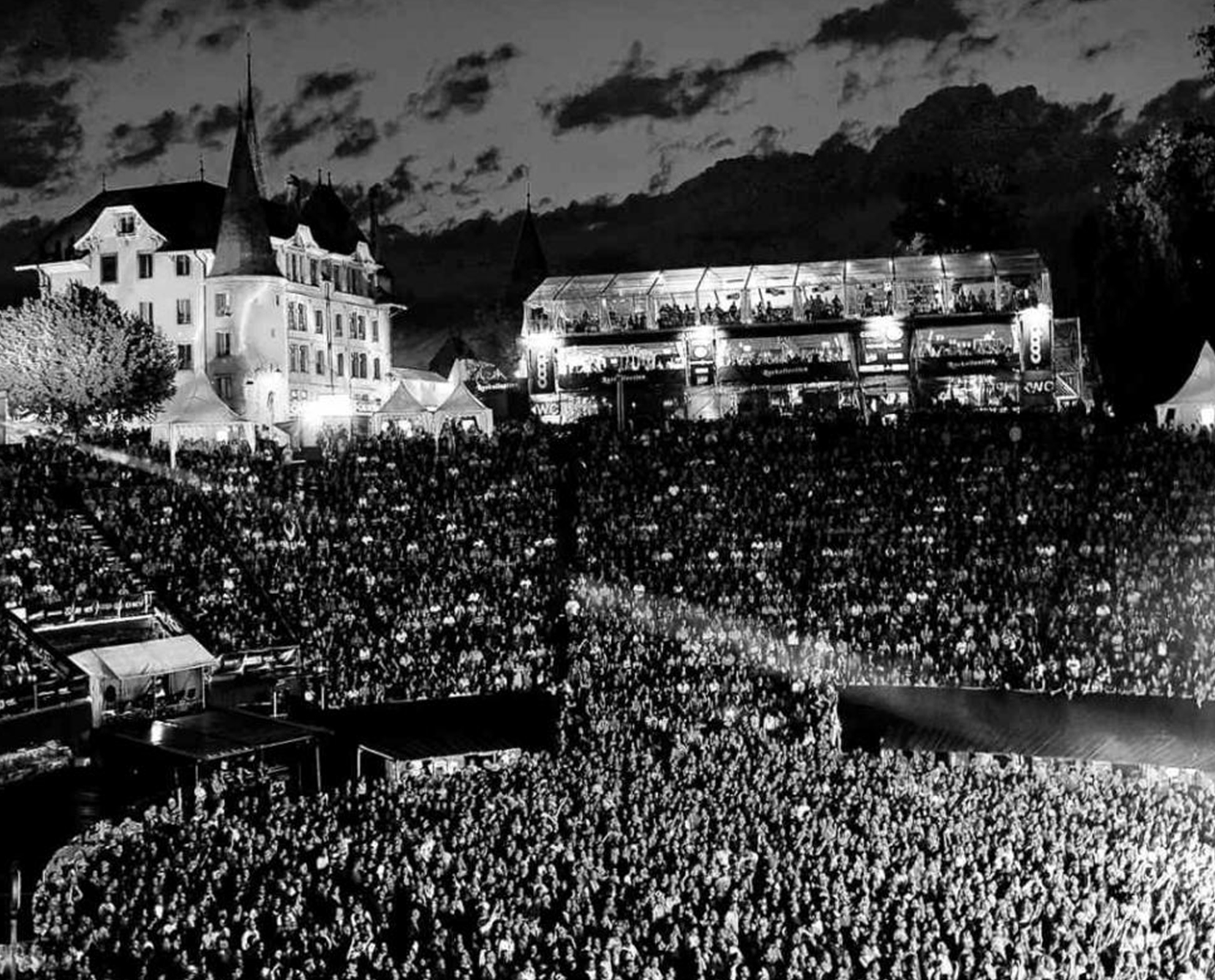 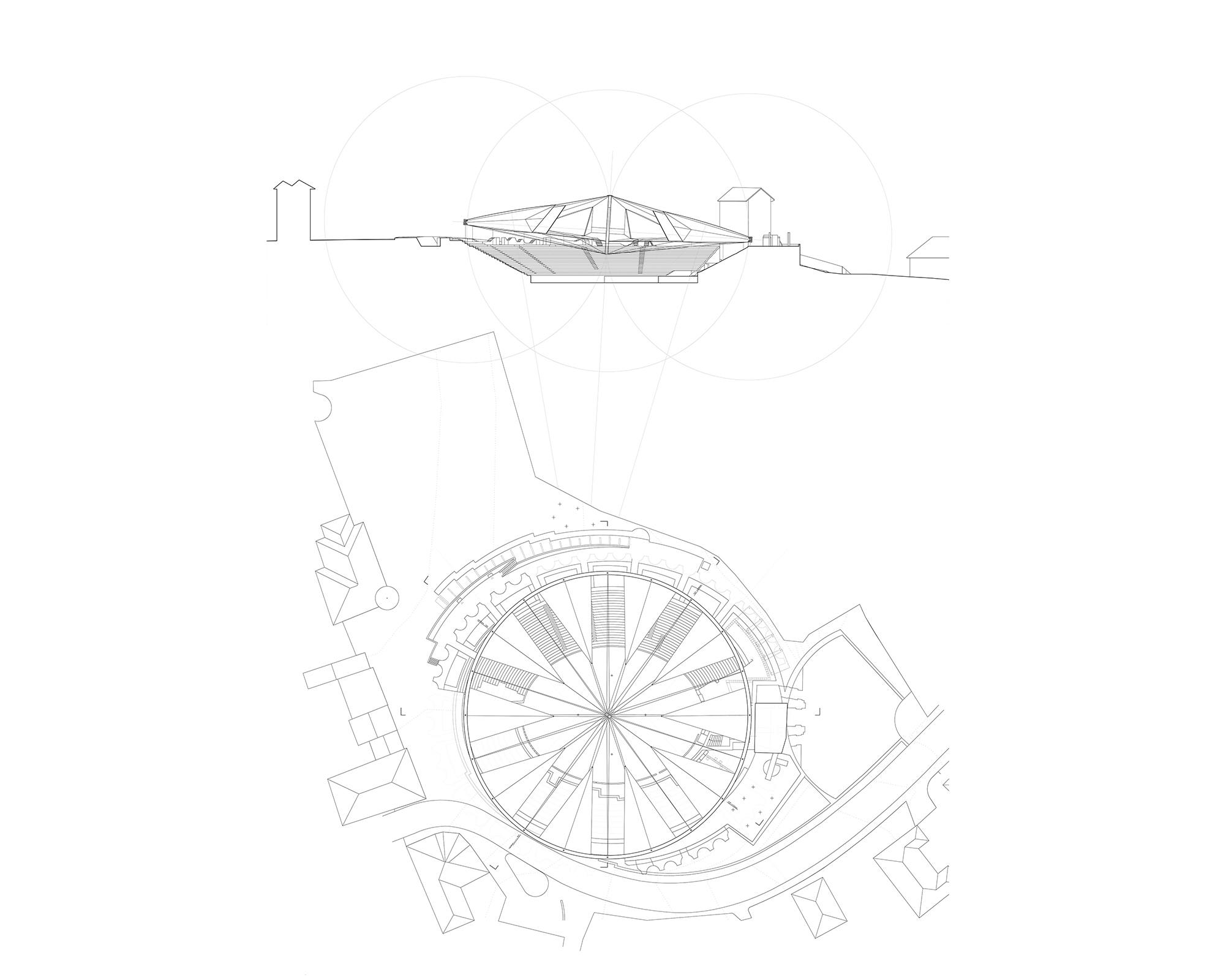 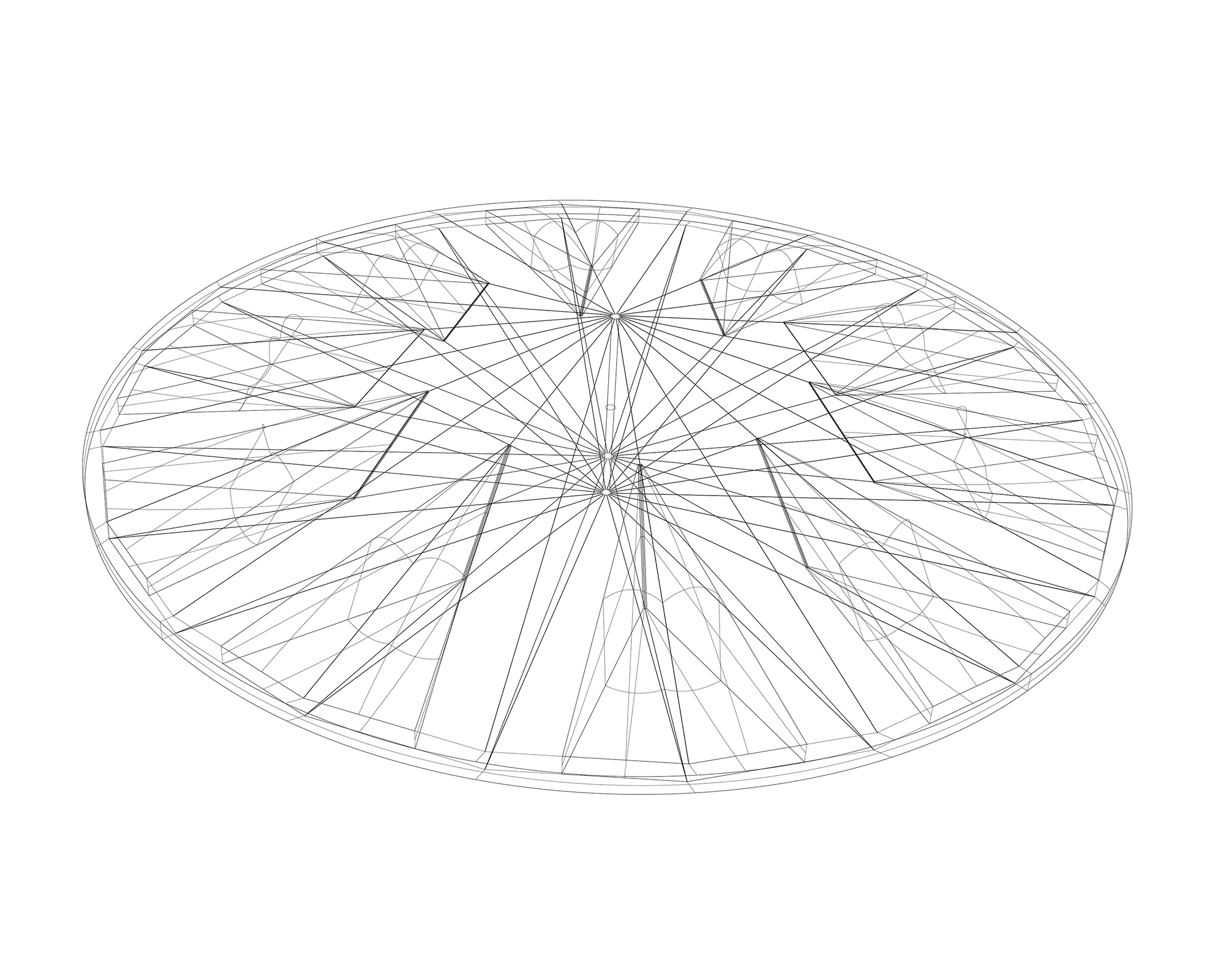 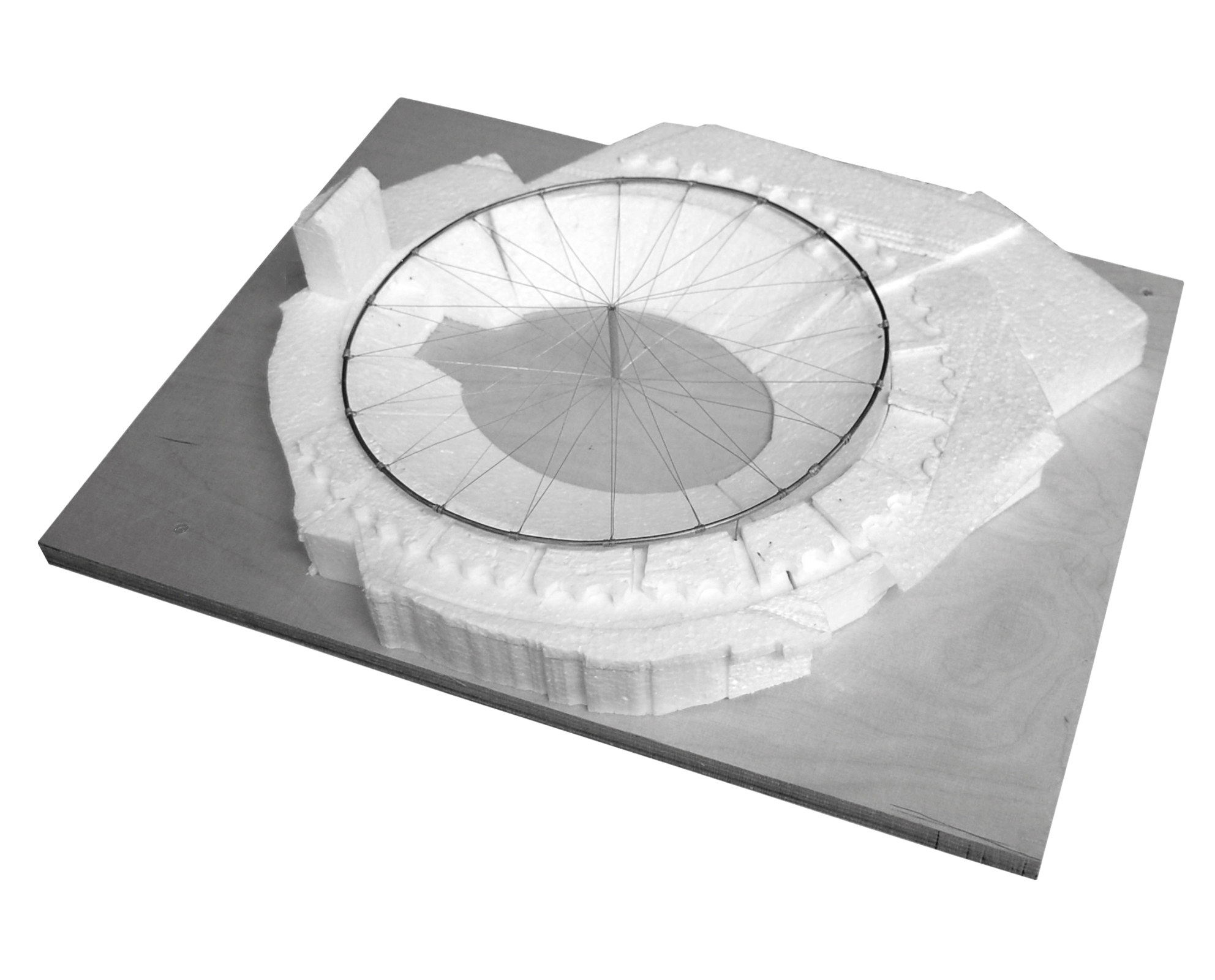 Situated in Avenches, the former capital of the province of the Roman Empire in Switzerland, the project comprises an ephemeral roof-structure for the city’s ancient amphitheater. The project’s starting point is a historical architectural precedent: the Velum, a shading tissue suspended across ancient coliseums by intricate rigging systems that protected spectators from the Mediterranean sun. In Avenches, the cover will guard against periods of rain that jeopardize successful events such as Avenches Opéra or Rock oz’Arènes.

Given the substantial spans necessary to cover spectators and stage, a hybrid structure has been designed by ALICE in collaboration with engineers Heinrich Schnetzer and Edouard Kessi. The concept for a retractable large-scale roof-cover combines two structural types: following the pure geometry of a bicycle wheel, it’s hybrid structure brings together an innovative set of pneumatic lenses and up-to-date rigging technology.

The resulting roof structure carries the qualities of a muscle: rigid yet slightly flexible members are combined with an inflatable, stretching and retracting element. Once combined, the two systems create a resilient entity that is able to cover large spans while resisting wind and weather. The emblematic form resulting from this engineering approach creates a star-like cavity cast against the skies: L’Etoile d’Avenches. 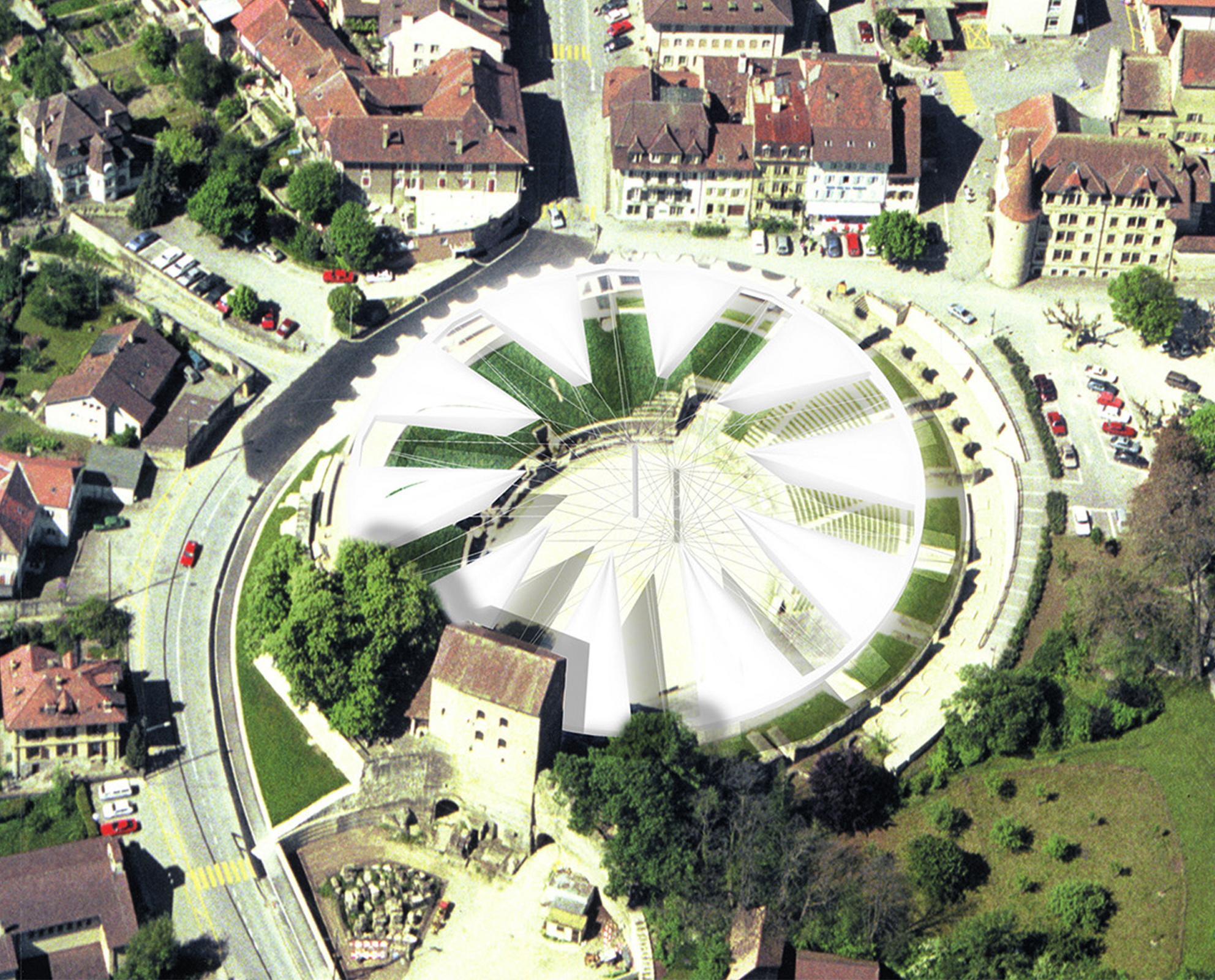