Embed of video is only possible from Mediaspace, SwitchTube, Vimeo or Youtube

The Reconfigurable Robotics Lab presents Mori, a modular origami robot. Mori is the first example of a robot that combines the concepts behind both origami robots and reconfigurable, modular robots. Origami robotics utilises folding of thin structures to produce single robots that can change their shape, while modular robotics uses large numbers of individual entities to reconfigure the overall shape and address diverse tasks. Origami robots are compact and light-weight but have functional restrictions related to the size and shape of the sheet and how many folds can be created. In contrast, modular robots are more flexible when it comes to shape and configuration, but they are generally bulky and complex. 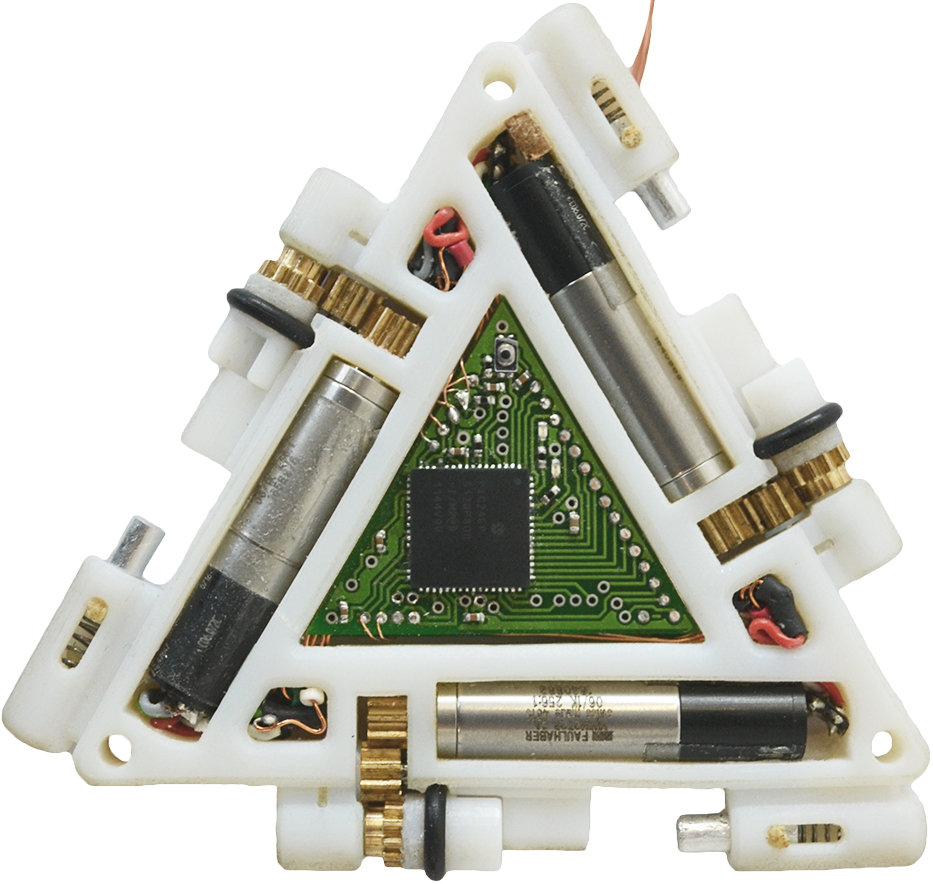 Mori, an origami robot that is modular, merges the benefits of these two approaches and eliminates some of their drawbacks. The presented prototype has the quasi-2D profile of an origami robot (meaning that it is very thin) and the flexibility of a modular robot. By developing a small and symmetrical coupling mechanism with a rotating pivot that provides actuation, each module can be attached to another in any formation. Once connected, the modules can fold up into any desirable shape.

The individual modules have a triangular structure with dimensions of just 6 mm thickness, 70 mm width and 26 g weight. Contained within this slender structure are actuators, sensors and an on-board controller. This means that the only external input required for full functionality is a power source. We have thereby managed to create a robot that has the thin structure of an origami robot as well as the functional flexibility of a modular system.

The prototype presents a highly adaptive modular robot and has been tested in three scenarios that demonstrate the system’s flexibility. Firstly, the robots are assembled into a reconfigurable surface, which changes its shape according to the user’s input. Secondly a single module is manoeuvred through a small gap, using rubber rings embedded into the rotating pivot as wheels, and assembled on the other side into a container. Thirdly the robot is coupled with feedback from an external camera, allowing the system to manipulate objects with closed-loop control.

3PAC: A Plug-and-Play System for Distributed Power Sharing and Communication in Modular Robots