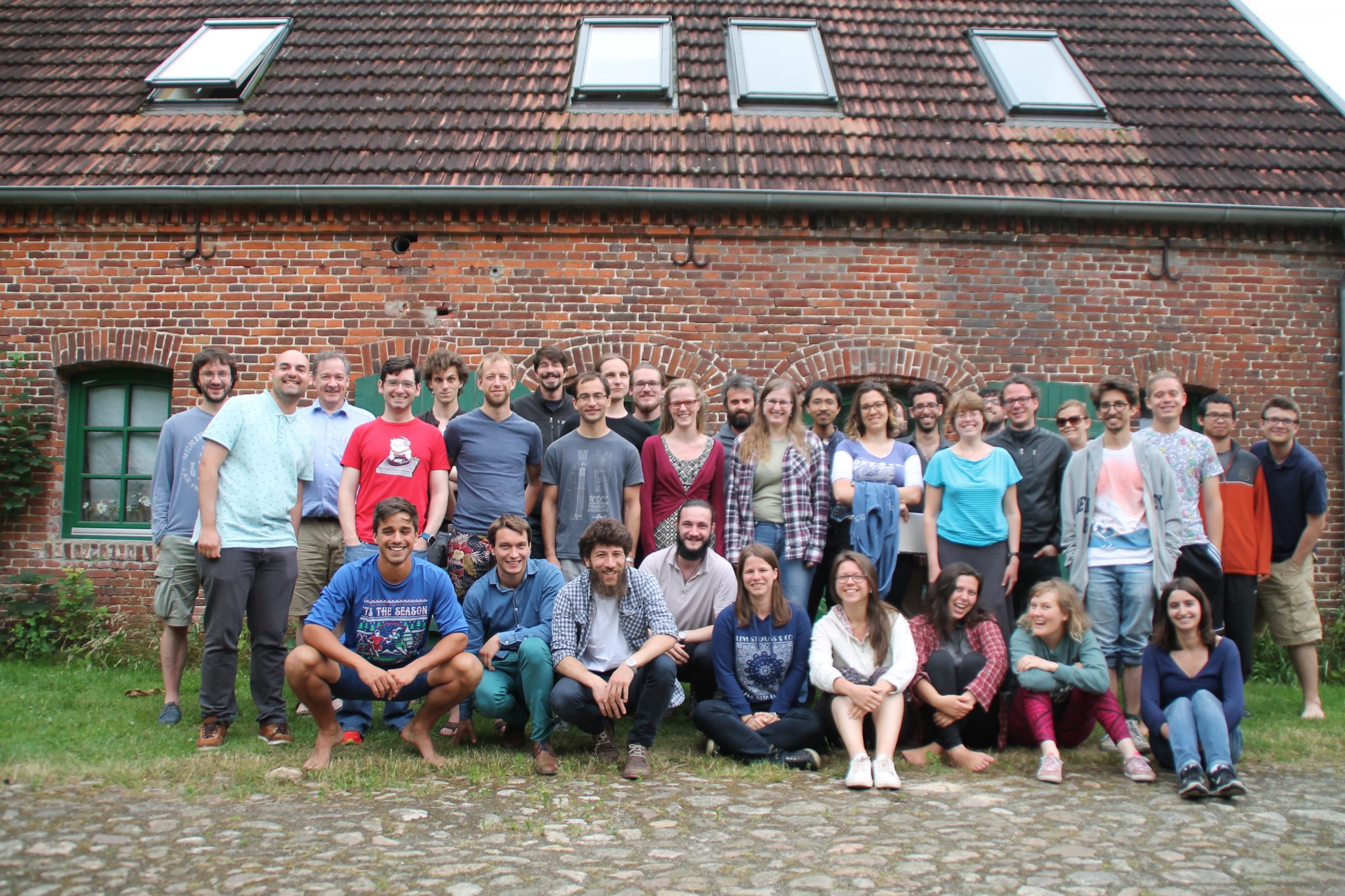 The third European Talbot workshop will take place in Germany from June 11 to June 17, 2017. The goal is to bring together a group of 30-35 graduate students and post-docs to work on a focused topic under the guidance of two senior mentors.

Most of the talks will be given by the participants, with enough free time in the afternoon and evenings for further discussions and interaction. The character of the workshop is expository in nature, starting with the basic ideas and leading to a survey of the most recent developments in the field. Since all participants will stay together at a group house, jointly responsible for cooking and cleaning, we hope to create an informal and inspiring atmosphere.

Algebraists, geometers and topologists have been fascinated by duality since the start of their subjects. As the infrastructure has developed, the congruence of these dualities has become steadily more apparent, to the extent that it is now possible to consider them all in a common formal homotopy invariant framework. The principal goal of the workshop is to understand various duality phenomena in algebra, geometry and topology from a homotopical point of view.

Perhaps the most familiar example is Poincare duality and its incarnations in all three areas. Going beyond things which are visibly finite, we see a number of deep phenomena (Benson–Carlson duality in representation theory, Gross–Hopkins duality in stable homotopy theory, …) that can be viewed as Gorenstein duality in a homotopy invariant context. Similarly Serre and Grothendieck duality in algebraic geometry lead to Gorenstein duality for connective spectra and Anderson duality for various spectral counterparts of objects with Serre duality.

The three main themes of this workshop are

(a) Gorenstein duality in algebra

(b) Serre duality in geometry and

brought together in a homotopy invariant context. Throughout the week, the general theory will be developed in parallel to the discussion of illustrating examples from algebra, chromatic homotopy theory and modular forms. We thus hope to gather people with diverse backgrounds to explore an exciting modern framework for such duality phenomena.

12. Tmf I – statements and basic properties

14. Stojanoska’s work on duality around Tmf

For questions or suggestions, please send an email to the organizers [email protected]

This workshop is organized by Bertram Arnold, Tobias Barthel, Magdalena Kedziorek, and Sean Tilson, and its concept has been inspired by the US Talbot workshop. We gratefully acknowledge funding and support from SPP 1786.