Since the dawn of time, humanity has wondered about the nature of things and the laws of the universe. Physicists observe natural phenomena from the infinitely small to the infinitely large and build models that allow us to understand, explain, and ultimately predict them.

The missions of the Physics Section at the EPFL are:

Physics: a study of the components of the universe, from the elementary particle to the galaxy

Curiosity, the main motivation of physicists, has led them to such fascinating discoveries as the structure of the atom, the theory of relativity, quantum physics, or the double helix structure of DNA.

Classical physics (before 1900) describes natural phenomena on a macroscopic scale. It includes Newtonian mechanics, thermodynamics, and electromagnetic theory. It is completed by the theory of special relativity, put forward by Einstein in 1905, which led to a new conception of space, time, and motion. For example, the detailed description of the motion of a satellite is possible within the framework of classical mechanics. This is what allowed, among other things, the human being to go to the Moon.

Modern physics, born at the beginning of the 20th century, takes into account the discrete nature of matter. Quantum mechanics takes a different approach than classical physics: the energy of a particle does not change continuously but in jumps. Quantum mechanics allows us to accurately predict the energy levels of electrons in atoms. The fundamental principle on which quantum mechanics is based is that every particle is both a wave and a particle. It applies to light (the notion of photon) as well as to elementary particles such as electrons that behave like light waves in an electron microscope. Modern physics is strongly influenced by the theory of general relativity which has changed our vision of the Universe and revolutionized astrophysics.

Mathematics is an indispensable tool for all sciences and in particular for physics. It is the universal language that allows scientists to understand each other. This is why mathematics is emphasized at the beginning of physics studies. Physics is above all an experimental science in which each new theory must be confronted with reality. In this context, the notion of measurement is essential and studies in physics cannot be conceived without practical work. 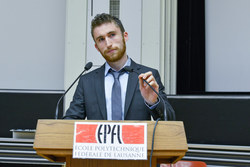