I’m at EPFL, Monday, Thursday and Friday after you have the possibility to deposit directly at laboratory MX.C.213 (resquest form and sample) and send me an e-mail if it’s not clear.

Analysis was performed using a monochromatic Al Kα X-ray source of 24.8 W power with a beam size of 100 µm. The spherical capacitor analyser was set at 45° take-off angle with respect to the sample surface. The pass energy was 46.95 eV yielding a full width at half maximum of 0.91 eV for the Ag 3d 5/2 peak. Curve fitting was performed using the PHI Multipak software. 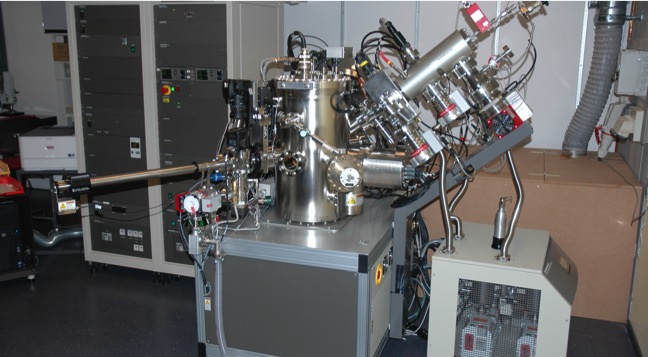 The AES is an AUGER PHI 660 spectrometer.

Auger electron spectroscopy (AES) involves analyzing a surface with an electron beam. AES is a two-step process. First a high energy electron ejects an electron from the core orbital of an atom in the investigated material. To fill this vacancy, a less energetic electron from an outer shell drops into the core orbital and the energy released can result in the emission of another electron. This outer electron is referred to as the Auger electron and its kinetic energy is different for different elements, which allows to use AES to detect different elements and analyse surface composition. AES detects all elements except hydrogen and helium usually to a sensitivity better than 1 atom percent of a monolayer.  Since the probe electrons can be focussed to diameters <1μm high spatial resolution analysis (scanning Auger microprobe, SAM) can be performed.  An important limitation of AES comes from the fact that samples have to be conductor. 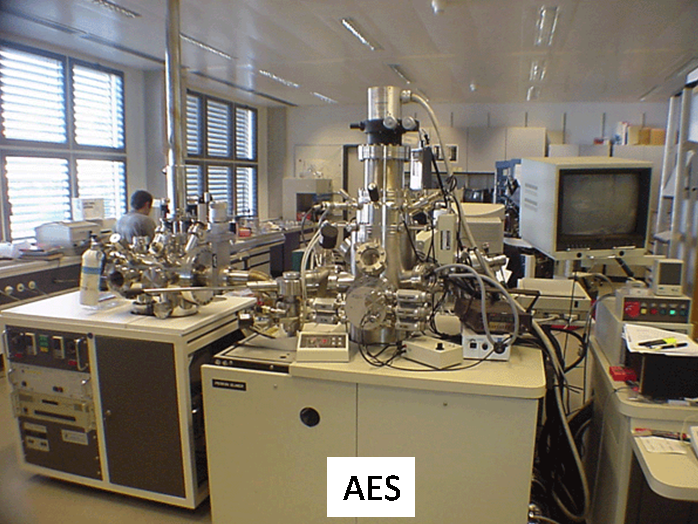