is a trans-disciplinary research platform. Its aim is to explore the urban phenomena and to produce visions, strategies and projects on this primary and crucial topic.
Allying basic research and research by design, HRC is a logical and fruitful development of EPFL mission, offering a unique aggregation of architects and urbanists, civil and environmental engineers, urban ecologists and social scientists. 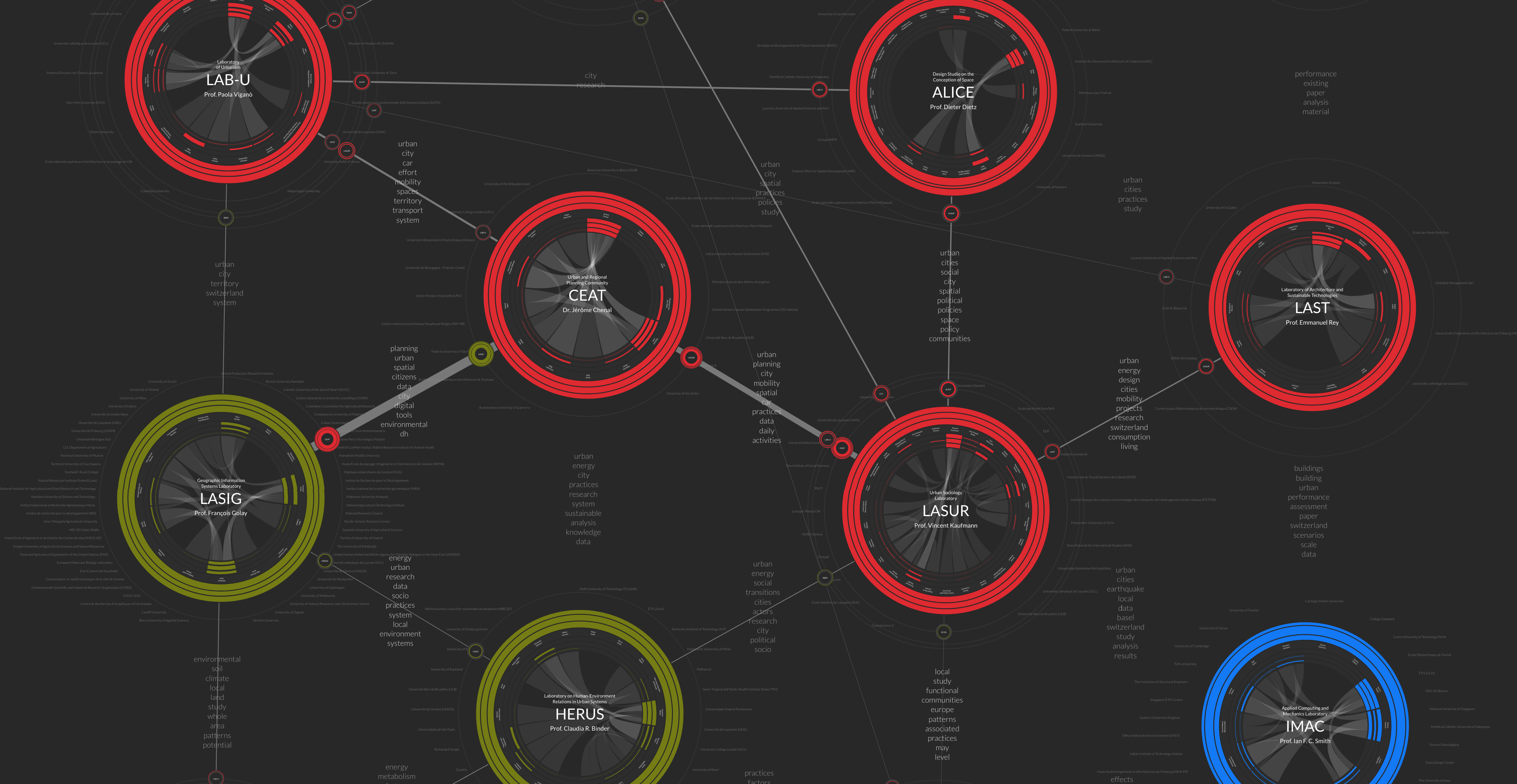 — HABITAT promotes a future oriented and interdisciplinary design approach as a crucial research tool in ENAC and EPFL culture.
— HABITAT bridges research, teaching and design
— HABITAT develops an original approach to explore the ecological, technological and social transition based on three working hypothesis:

The urban is an environment with a powerful material frame: architecture, landscapes, complex relations with natural dynamics, history, and culture. It is also a sum and an association of practices, ways of life, spacialities, imagery, desires and expectations. These two research fields often neglect each other: HABITAT is at a crossroads between them.

– The City Territory as a Renewable Resource

All over the world, extremely stratified territories have generated specific forms of urbanity. The city territory has been shaped by the slow accumulation of infrastructures, ecological and agrarian manipulations, fine settlements grains, distribution of services, fully productive landscapes, and urban life-styles. More than a problem, HABITAT looks at the city-territory as an enormous spatial and natural capital. The understanding of its different rationalization and life-cycles (water management, agriculture techniques, extended mobility, energy production, social structures, metabolisms…) is key to the future.

– How to Live Together: A New Biopolitical Project

The contemporary spatial, social and economic context asks for a redefinition of the modern biopolitical project, that is to say a project whose goals were to maintain, secure and render productive life. Today multiple questions are raised by the ecological transition, the technological and urban economic transformations, the life course changes that largely intersect with urbanization issues. If the ordering of the urban environment, the spatial organization of resources and the medicalization of space were the main fields of the modern biopolitical project, we are today in need of redefining new conditions of “living together”, enlarged to human and nonhuman agencies. HABITAT aspires to contribute and clarify the enormous conceptual, material, and value-based arising issues.

HABITAT makes use of various cognitive strategies, tools and methods to produce: