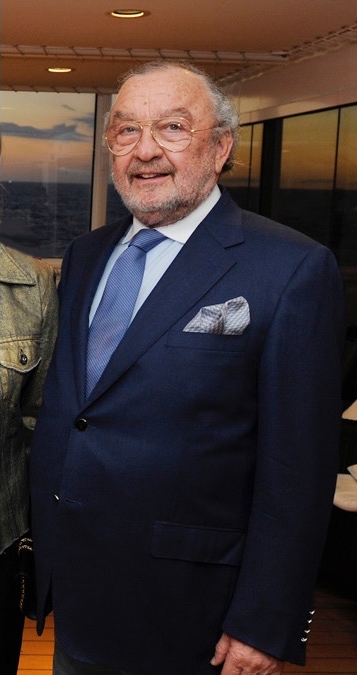 Murat Kunt is a Swiss scientist from Turkish origin. He was born in Ankara on 16 January 1945. He is known for his research and teaching in the general area of Digital Signal Processing and Image and Video Processing in particular. He is the author of more than 240 publications, 16 books and 16 patents. He played a pioneering role in digital image and video compression. Among 75 Ph.D. students he supervised, 20 are already university professors.

He graduated in 1963 from Galatasaray, a legendary high-school in Istanbul. He then moved to Switzerland and studied at the Swiss Federal Institute of Technology (EPFL) in Lausanne and obtained his Ms. Degree in high-energy physics in 1968.  He worked for his Ph.D on facsimile image compression in the same Institute. In 1974 he moved to the United States and worked as a Research Associate at the  Massachusetts Institute of Technology (MIT).  He returned to Lausanne at EPFL where he became a Professor in 1980 and directed the Signal Processing Laboratory (one of the largest laboratory) of EPFL from 1989 to his retirement in 2008.

He lectured in several universities in Europe and in the world, in particular at MIT, at the University of Southern California (USC) and at  University of California at Berkeley (sabbatical).  His first book  Traitement numérique des signaux (1980) is one the reference books of area and has been translated in several languages including english.

He served as a chairman and/or a member of the Scientific Committees of several international conferences and on the editorial boards of the Proceedings of the IEEE, Pattern Recognition Letters and Traitement du Signal. He was the co-chairman of the first European Signal Processing Conference (EUSIPCO) held in Lausanne in 1980 and the general chairman of the International Conference on Image Processing (ICIP’96) held in Lausanne in 1996. He was the President of the Swiss Association for Pattern Recognition from its creation until 1997. He consults for governmental offices including the French General Assembly.

His achievements have been world wide recognized as witnessed by the numerous awards he received. In 1986 he became a « Fellow » of the Institute of Electrical and Electronics Engineers (IEEE). This has been followed by the gold medal of EURASIP for meritorious services in 1983, the IEEE ASSP technical achievement award in 1996, the  IEEE Third millennium Medal in 2000, an honorary doctorate from the Catholic University of Leuven in 2001, the technical achievement award of EURASIP and the imaging scientist of the year award of the IS&T and SPIE in 2003.

In addition to his scientific activities, he publishes regularly his opinion in the daily newspapers and weekly journals.