In classical mechanics, motion of particles satisfies Newton’s laws, whereas in quantum mechanics, particles are described by the quantum wavefunction which satisfies the Schroedinger equation. Finally, in the semiclassical approximation to quantum mechanics, classical trajectories are used, but each trajectory is given a quantum phase so that quantum effects such as interference and tunneling can be described using only classical information. Since exact quantum calculations are extremely expensive, accurate semiclassical approximations are very useful.

One of the semiclassical methods developed in our group is the Dephasing Representation (DR) (Vanicek PhD thesis,Vanicek and Heller 2003,Vanicek 2004a,Vanicek 2004b,Vanicek 2006,Baiqing et al 2009,Zimmerman et al 2010,Wehrle et al 2011,Mollica and Vanicek 2011) of certain time-correlation functions. The original version of the method is described in the section Decoherence and quantum fidelity.  It is useful for calculating time-resolved spectra, for measuring stability of quantum dynamics to perturbation (“quantum fidelity“), for evaluating accuracy of quantum dynamics on approximate potential energy surfaces, etc. We have proven that the expected number of trajectories needed for convergence of the DR is–remarkably–independent of dimensionality (Mollica and Vanicek 2011): The figure below showing the dependence of the statistical error on the number of dimensions D confirms the analytical proof with numerical tests [besides the DR, the figure also shows four classical (CL) methods, three of which scale exponentially; the fourth one (echo-2) was also derived in our group (Mollica et al 2011)]: 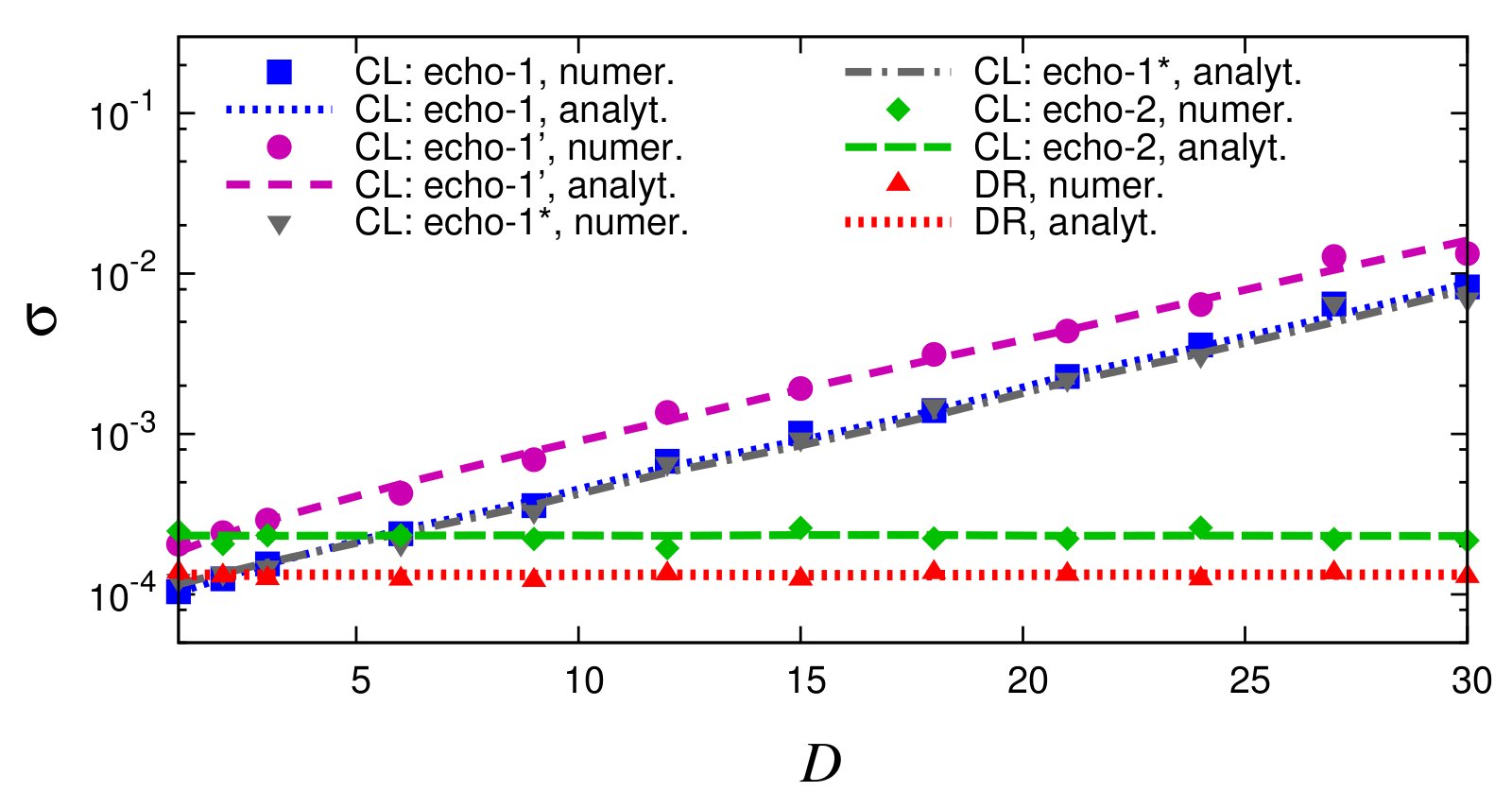 In generic systems, standard semiclassical approximations such as the WKB method have divergences near classical turning points (or more generally near caustic singularities). We have developed Replacement Manifolds (Vanicek and Heller 2001,Vanicek and Heller 2003,Vanicek PhD thesis,Vanicek and Cohen 2003), an example of a uniform semiclassical method, i.e., a method that avoids these divergences. As mentioned above, the semiclassical wavefunction is formed by the “skeleton” given by the classical trajectories – more precisely, a Lagrangian submanifold of the phase space (considered as a symplectic manifold) – and the quantum phases computed by classical actions. In generic systems with nonlinear classical dynamics, this skeleton becomes quickly convoluted and the semiclassical wavefunction develops quickly growing number of singularities. In the Replacement-Manifold approach, the convoluted Lagrangian manifold is replaced by a convergent series of smooth replacement manifolds, for which the semiclassical wavefunctions are accurate. This method was successfully applied to describe atomic scattering from a surface of a solid (Vanicek and Heller 2001), the coherent branched flow in a two-dimensional electron gas (Vanicek and Heller 2003), and sensitivity of integrable Hamiltonian systems to perturbations (Vanicek and Cohen 2003).
The left figure shows electron density in a model of coherent branched flow in a two-dimensional electron gas, computed using Replacement Manifolds. The middle and right figures show the wave function of ultracold atoms scattered from a surface of a solid. The middle figure shows the wave function computed by a standard semiclassical method; it is full of caustic singularities. The right figure shows the uniform wave function computed with Replacement Manifolds; it is almost exact.