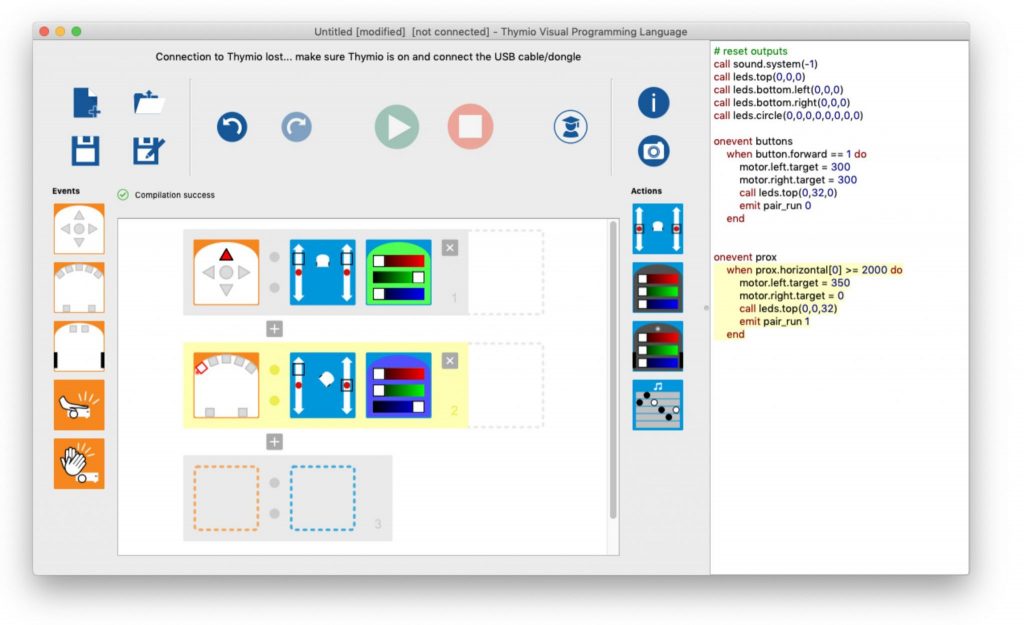 The first version of VPL was developed by Dr. Jiwon Shin and Dr. Stéphane Magnenat at ETH Zürich [1,6]. It consisted in a graphic layer on top of the ASEBA programming environment, facilitating the developement of simple behaviors. The interface offered the choice between a basic mode, with the simplest icons, and an advanced mode with more programming possibilities, including states, timers and configurable thresholds. The user could have a look at the Aseba code generated and continue programming from that code.

The latest version is included in Thymio Suite.

This second version of VPL was developed for tablets by Dr. Stéphane Magnenat and Martin Voelkle, with graphic design by Maria María Beltrán, and a version has been made available for Android. The design was made more attractive and combining multiple events was introduced. 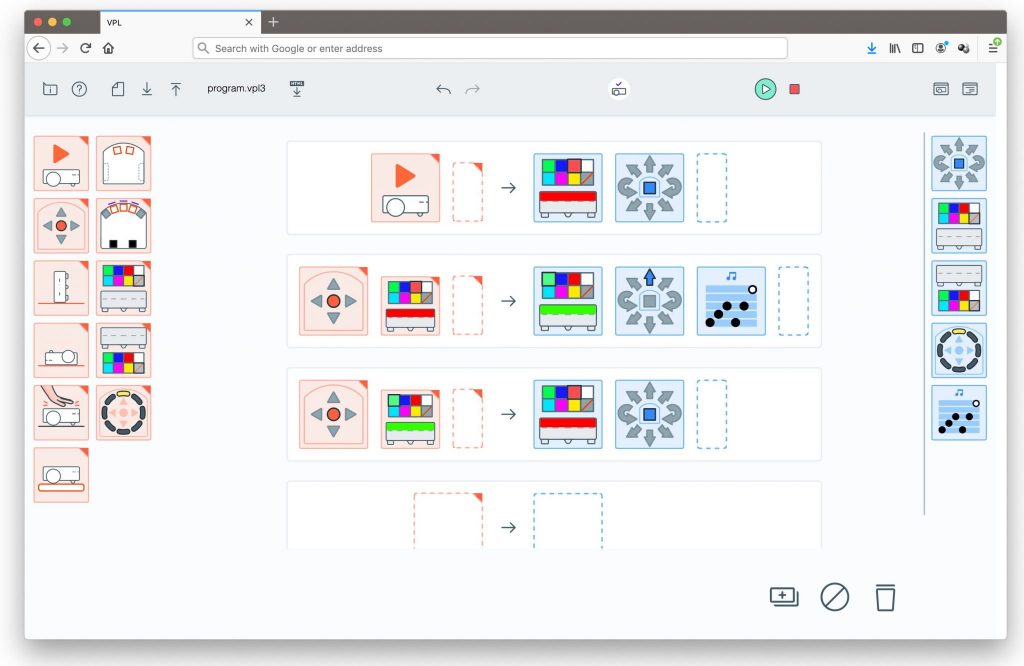 This third version of VPL has been completely rewritten by Dr. Yves Piguet, with graphic design by Maria María Beltrán. This new application is Web-based, enabling deployment on any device, including tablets. The concept has been revisited with simpler icons which can be chosen by the user or the teacher from a larger set, events complemented with conditions, and support for internal states such as LED colors and for counters.

The latest version is included in Thymio Suite.