This project aims to design robots for exploration, search-and-rescue, or surveillance applications. Within these contexts, the robots have to deal with very complex terrains, such as semi-collapsed buildings, deep caverns, or forests with a lot of vegetation. Autonomous robots are appealing for these tasks due to their ability to explore areas that are risky and inaccessible to humans. However, most of the existing mobile robots use only one locomotion strategy, such as rolling, walking, flying, hovering, climbing, swimming, crawling, or jumping. Using only one locomotion strategy limits the robots’ flexibility and adaptability to different environments. In a search-and-rescue scenario there is a need to quickly fly over extended areas, so the use of a winged robot is appropriate. However, careful exploration in confined environments or near the ground is challenging for flying robots and terrestrial locomotion is more energy-efficient over short distances. For these reasons, robots capable of both ground and flying-hovering locomotion are well suited to navigate complex environments.

In this project we propose to use a new approach which we call ”Adaptive Morphology”: parts of the structure of a robot are shared between the different modes of locomotion. This is in contrast to a more conventional approach where a second locomotion structure is added to an existing robot.

The Adaptive Morphology approach also allows the robots’ structure to self-adjust to adapt to the locomotion mode. Therefore, the efficiency of each mode of locomotion can be optimized through changes in the corresponding morphology.

We aim to make adaptive deployable wings to improve the mobility of a flying robot; wing shapes could be modified to increase the efficiency of forward flight, hover flight, and displacement on the ground. For example, wings could be fully deployed for flying outdoors and reduced for hover flight and ground modes. 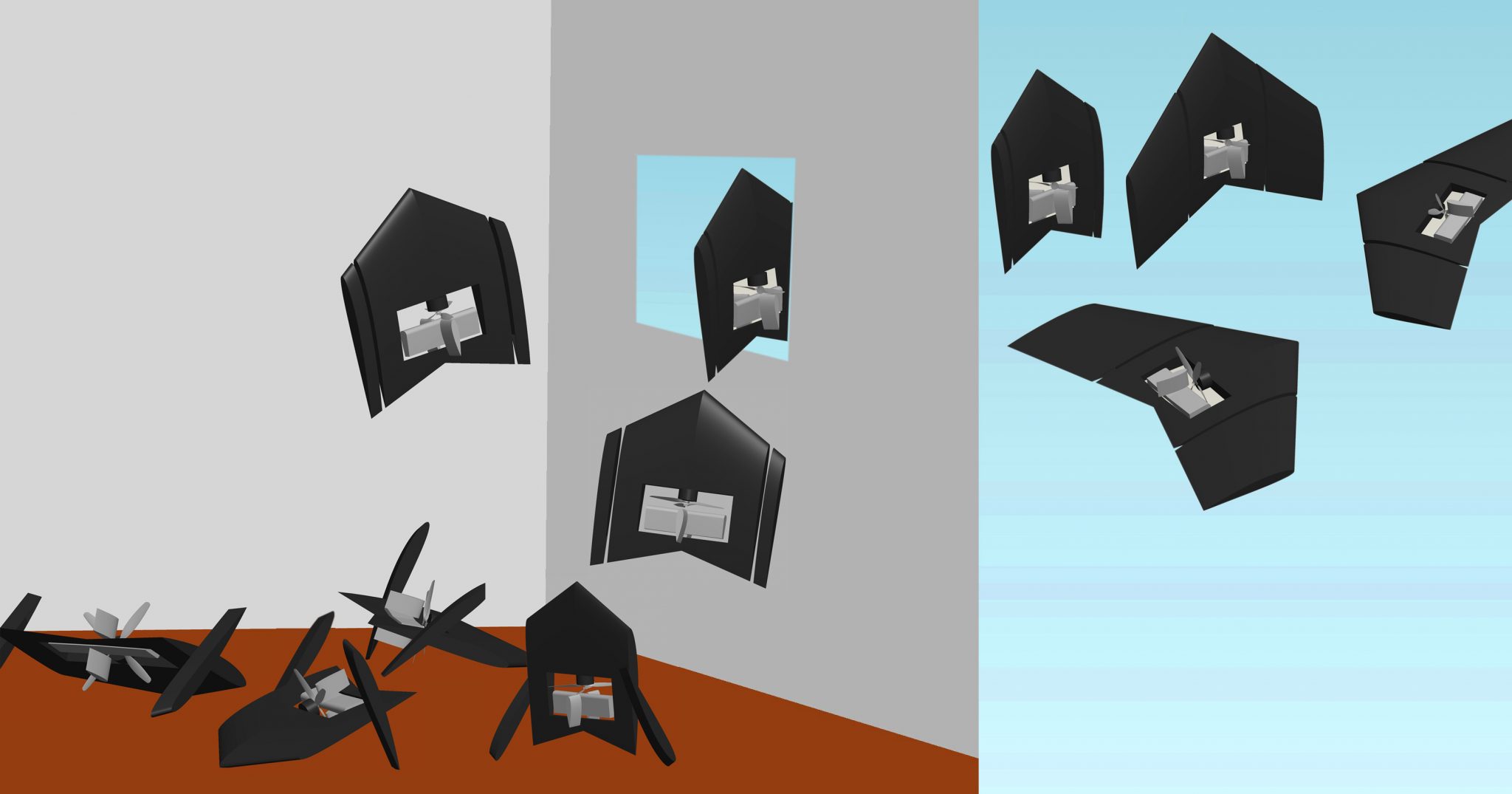 Embed of video is only possible from SwitchTube, Vimeo or Youtube 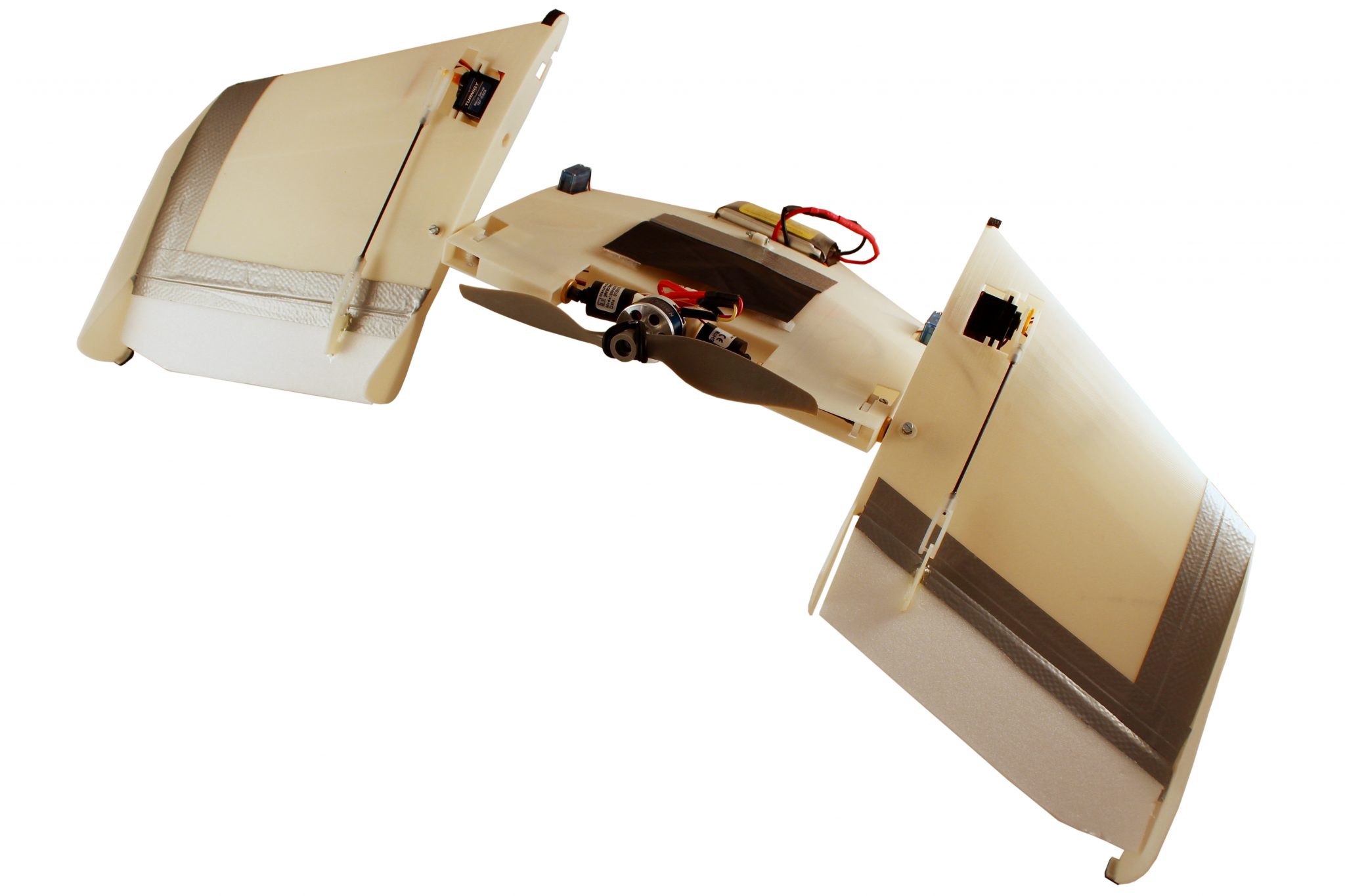 At the Laboratory of Intelligent Systems we are developing a novel flying platform which has the ability to move on the ground by using its wings only. Using the wings as whegs to move on rough terrains instead of adding an additional structure to the robot allows to minimize its structural mass. Therefore, this design minimizes the total weight of the platform, and thus minimizes the impact on the flight performance of the robot. The morphology of the robot is optimized for ground speed. It can move forward at 0.2 m/s (0.7 BL/s), and can rotate on spot at 25°/s. The robot is capable of walking with different gaits, it can move on different surfaces, it can overcome high obstacles, and can also navigate in rough terrains.

A Flying Robot with Adaptive Morphology for Multi-Modal Locomotion

A Perching Mechanism for Flying Robots Using a Fibre-Based Adhesive