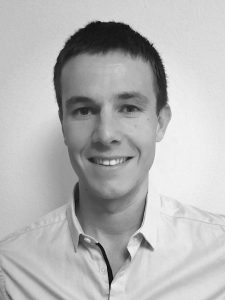 Christophe Galland was born in Valence, France, and studied Lycée Champollion (Grenoble) before joining the Ecole Polytechnique Paris (X 2003) where he specialised in Solid State Physics and Quantum Optics. After completing his Master Thesis on Optical Spin Manipulation in Individual III-V Quantum Dots within the Quantum Photonics Group of Prof. Ataç Imamoglu at ETH Zürich, under the guidance of Jan Dreiser and Mete Atatüre, Christophe Galland received his PhD in 2010 for a thesis on Quantum Optics with Individual Carbon Nanotubes, under the mentorship of Alexander Högele. His main achievements consist in the first observation of single photon emission from carbon nanotubes and pioneering experimental studies of exciton-photon interactions in one-dimensional systems, and their impact on optical properties.

As a postdoctoral researcher at Los Alamos National Lab (USA) Christophe Galland studied the photophysics of individual nanocrystal quantum dots in the groups of Victor Klimov and Han Htoon, focusing his research on the mechanisms responsible for fluorescence fluctuations through single-dot time-resolved spectro-electrochemistry — a new technique that he developed then.

In 2012 Christophe Galland moved to the University of Delaware in the group of Michael Hochberg to work in the emerging field of integrated quantum optics. He initiated several international projects including the realisation of an on-chip source of quantum correlated photons integrating optical filters and demultiplexers, developing partnership with Dirk Englund (MIT), Daniele Bajoni (Pavia) and Philippe Grangier (Institut d’Optique Paris).

From 2013 to 2016, Christophe Galland was holding an Ambizione Fellowship from the Swiss National Science Foundation (SNSF) to work at EPFL in the group of Prof. Kippenberg in the field of quantum optomechanics. His work focused on the creation of non-classical vibrational states of mesoscopic oscillators and on molecular optomechanics.

Since May 2017, Prof. Galland is leading the Laboratory of Quantum and Nano-Optics at EPFL as an SNSF-funded professor in the Institute of Physics. His team investigates light-matter interactions in the regime of extreme confinement inside plasmonic nanocavities, employing state-of-the-art spectroscopic tools such as ultrafast lasers and single-photon counters to get new insights into sub-nanometer scale dynamics and quantum effects observable at room temperature. More recently, Prof. Galland launched a new activity in quantum sensing and quantum optics with color centers in diamond.