The NanoSIMS is an ion microprobe

SIMS is the acronym for Secondary Ion Mass Spectrometry. 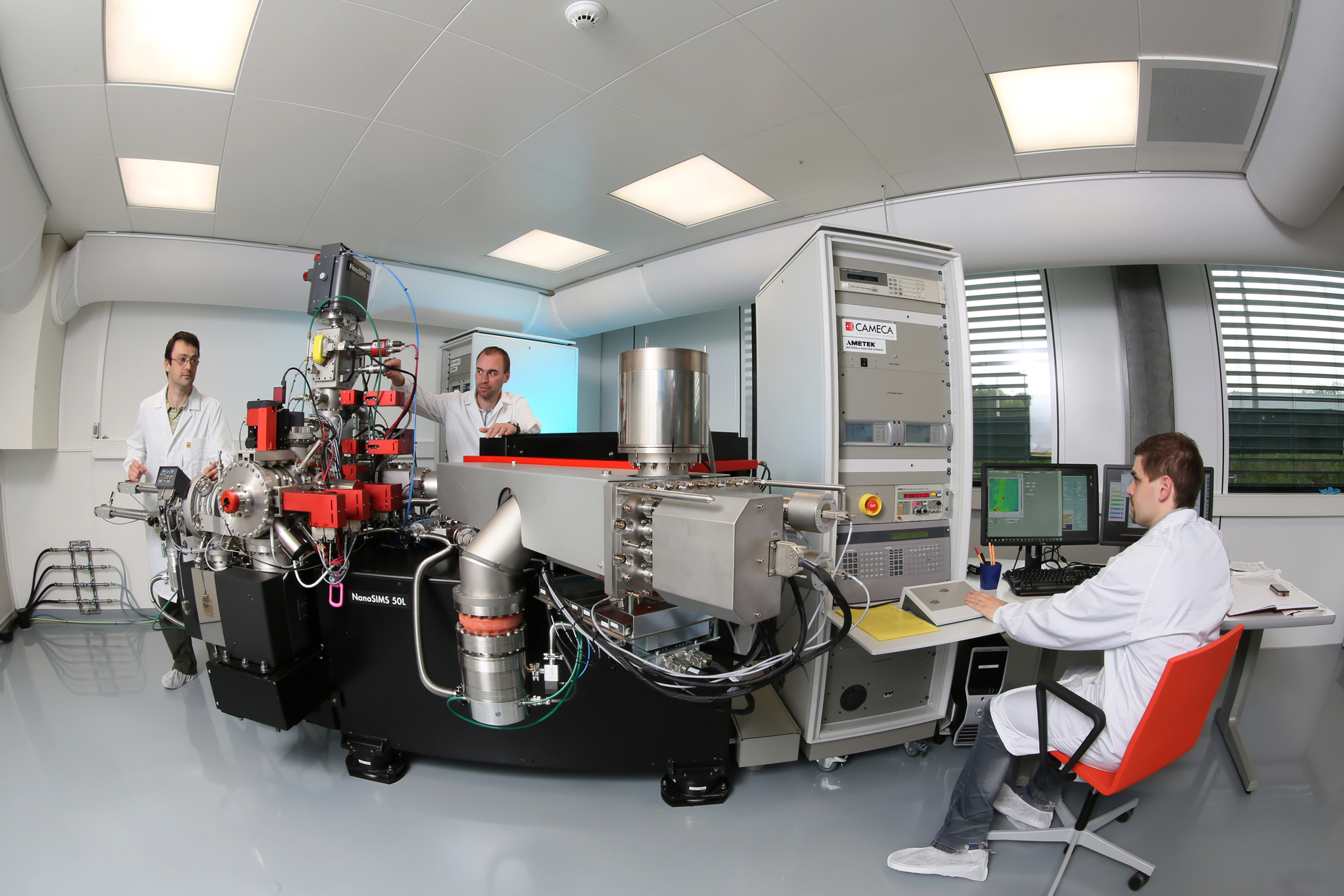 The physical basis for dynamic SIMS ion micro-probe analysis is the ability to perform mass-spectrometry on secondary ions sputtered from a solid target by the continuous impact of a beam of charged particles. This primary beam sputters ionized atoms and small molecules (as well as many neutral particles) from the upper few nanometers of the sample surface. In the NanoSIMS, these secondary ions from the sample are transferred with high transmission to a high mass-resolution, multi-collection mass-spectro­meter, where they are counted one-by-one in electron multiplier detectors, or as currents in Faraday cups.

The unique strength of the NanoSIMS ion microprobe is the ability to focus the primary beam (either Cs+ or O-) onto an extremely small spot on the sample surface, smaller than 100 nm in linear dimension.

A controlled raster of this highly focused primary beam across the sample surface therefore allows secondary ion images to be produced with a spatial resolution that can clearly resolve structures larger than a few hundred nanometers in lateral, linear dimension. Mass-resolving power sufficient to unambiguously distinguish an isotope of interest from nearby interferences is achieved even at very high transmission for most isotopic systems of relevance to biological samples. This allows relatively precise isotopic and elemental ratios to be quantitatively mapped in a wide range of solids, including biological materials, on length scales much smaller than one micrometer. 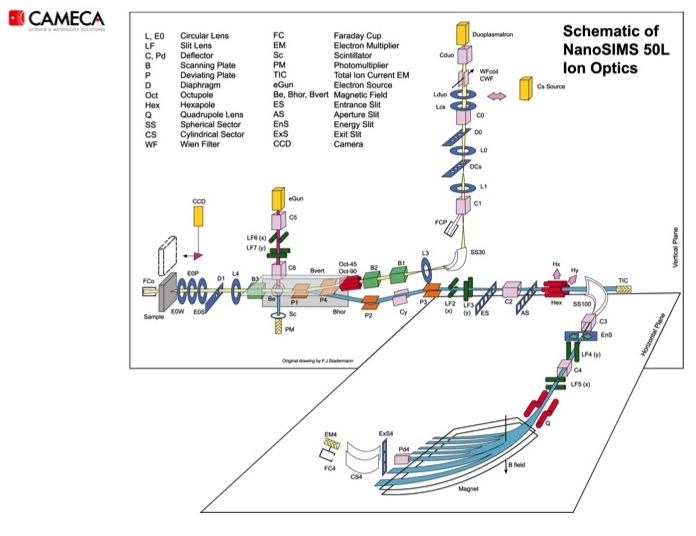 The NanoSIMS N50L is equipped with a multi-collector system that allows simultaneous collection of up to 7 different isotopes. Images or maps can be generated from the lightest elements, such as H (e.g. D/H ratios), C (13C/12C ratios), N (15N/14N ratios), O (e.g. 18O/16O ratios) to the heaviest elements like uranium.