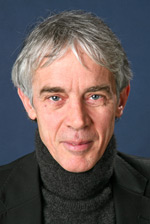 The work in our laboratory follows the Reproducible Research philosophy, thus all papers, source code and data is made
available in open access.

Martin Vetterli received the Dipl. El.-Ing. degree from Eidgenössische Technische Hochschule (ETHZ) in 1981, the Master of Science degree from Stanford University in 1982, and the Doctorat ès Sciences degree from Ecole Polytechnique Fédérale de Lausanne (EPFL) in 1986.

After his dissertation, he was an Assistant and Associate Professor in Electrical Engineering at Columbia University in New York, and in 1993, he became an Associate and then Full Professor at the Department of Electrical Engineering and Computer Sciences at the University of California at Berkeley. In 1995, he joined the EPFL as a Full Professor. He held several positions at EPFL, including Chair of Communication Systems and founding director of the National Competence Center in Research on Mobile Information and Communication systems (NCCR-MICS). From 2004 to 2011 he was Vice President of EPFL for international affairs, and from 2011 to 2012, he was the Dean of the School of Computer and Communications Sciences. From 2013 to 2016 he was President of the National Research Council of the Swiss National Science Foundation and since January 2017 he is President of EPFL.

He works in the areas of electrical engineering, computer sciences and applied mathematics. His work covers wavelet theory and applications, image and video compression, self-organized communications systems and sensor networks, as well as fast algorithms, and has led to about 170 journal papers, as well as about 50 patents or patent applications that led to technology transfer to high-tech companies and the creation of several start-ups.

He is the co-author of three textbooks, «Wavelets and Subband Coding” (with J. Kovacevic, Prentice-Hall, 1995), “Signal Processing for Communications” ( P. Prandoni, EPFL Press, 2008) and “Foundations of Signal Processing” (with J. Kovacevic and V. Goyal, Cambridge University Press, 2014). These books are available in open access, and his research group follows the reproducible research philosophy.