This project aims at mimicking natural photosynthesis exploiting sunlight to generate a valuable fuel electrochemically. Due to its high-energy density and non-carbonic content, great research efforts have been dedicated to the production of solar hydrogen; nevertheless, little attention has been devoted to the engineering of the generator. Funded by Nano-Tera, we developed a robust and stable solar-hydrogen platform as well a techno-economic analysis tool in our project SHINE (Solar Hydrogen Integrated Nano Electrolysis). 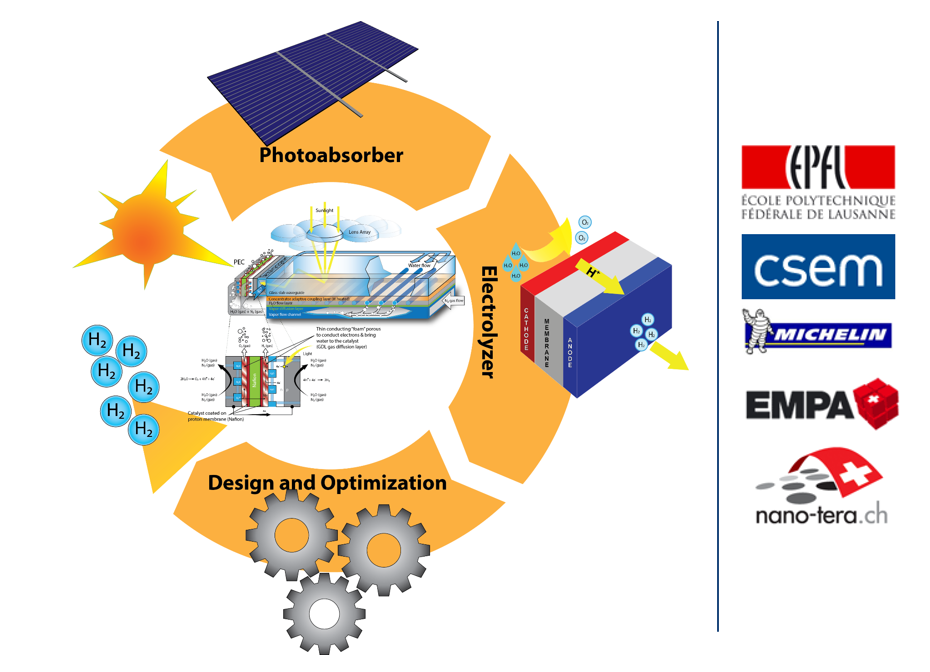 The techno-economic simulations predicted the advantage of decoupling the photovoltaic component and the electrochemical reactor. This holds the benefit of allowing the separate optimization/dimensioning of the components, with consequent lower solar-hydrogen production costs1. The approach is often called PV-E (Photovoltaic-Electrolysis) as opposed to the integrated approach of PEC (Photo-Electro-Chemistry).
We utilized a novel technology for Silicon photovoltaic cells (Silicon Hetero-Junction, SHJ) in a minimodule consisting of three cells in series; in particular, the PV technology employed allowed the utilization of only three cells in series to drive the reaction. We coupled the PV module with a 3D printed electrochemical reactor employing earth-abundant catalysts (i.e. Nickel) and demonstrated the high efficiency and stability of operation of our approach. We realized a stable and robust prototype, recording unprecedented 14.2% solar-to-hydrogen efficiencies (SHE) for prolonged and continuous operation (> 100 hours). Our study represents the highest conversion efficiency ever reported for a solar-hydrogen device entirely constituted of non-precious materials2. 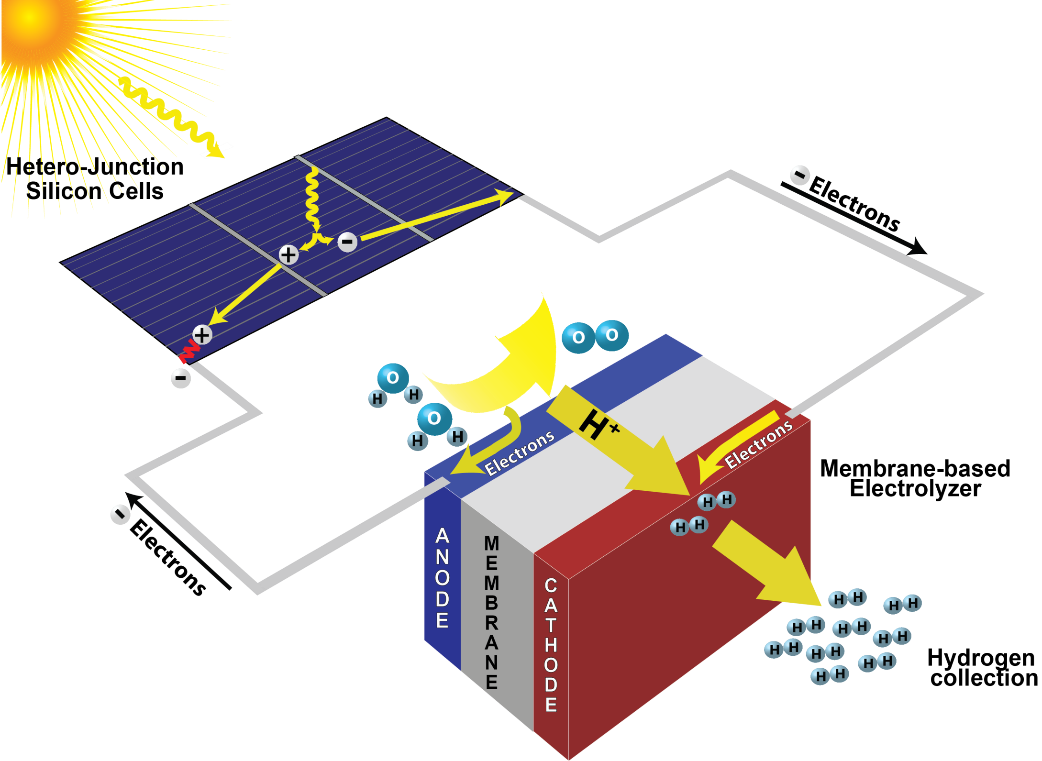