Building-In-Time: From Giotto to Alberti and Modern Oblivion

Marvin Trachtenberg, Professor of the History of Fine Arts at the Institute of Fine Arts, New York University.
Introduction by Luc Baboulet and Sébastien Marot.

In his latest book, art historian Marvin Trachtenberg sets out to recover the characteristics of a way of building that, for centuries, dominated the creation of monumental architecture. In pre-modern Europe, the architect built not only with imagination, bricks, and mortar, but also with time, according to methods that mobilized a sophisticated set of norms and practices that the author calls “Building-in-Time,” and whose careful study sheds a new light on the major works of the early Italian Renaissance. Today, not only has this practice disappeared, but the very awareness of its existence is consigned to oblivion. Indeed, even as ‘Building-in-Time’ was flourishing, the fifteenth-century Italian architect Leon Battista Alberti proposed a new temporal regime whereby time would ideally be excluded from the making of architecture (‘Building-outside-Time’). Planning and building, which had formed one fluid, imbricated process, were to be sharply divided, and change excluded. By telling this story, by distinguishing these two regimes of temporality and, more radically, by reintroducing the time factor into the heart of practices and theories, Marvin Trachtenberg allows us to apprehend in a new way not only the Italian Renaissance and the origins of our modernity but also, potentially, the present and the future of architecture: temporality is not a neutral or secondary factor in the culture of modern architecture, but an epistemic condition that silently affects all production and experience of the built environment.

As an undergraduate, Marvin Trachtenberg studied English literature at Yale with Harold Bloom. At the Institute of Fine Arts, he turned to premodern architecture under Wolfgang Lotz and Richard Krautheimer, who supervised his monograph on the Florentine Campanile (Hitchcock Prize, SAH).  After his Statue of Liberty (1976) and the survey of architectural history (Architecture, 1986, 2002), Trachtenberg returned to premodern Italy in the revisionist study of trecento urbanism, Dominion of the Eye (1997, Hitchcock Prize and Morey Prize from College Art Assoc.). Issues raised by long building histories led him to Building-in-Time from Giotto to Alberti and Modern Oblivion (2010, George Sarton Prize in History of Science, Ghent University). Recently he was awarded the Agnes Mongan Prize by Harvard’s Villa I Tatti for his work on Renaissance art. He is currently completing a book on Brunelleschi. He teaches at the Institute of Fine Arts, NYU, where he is Edith Kitzmiller Professor.  His students hold professorships at Harvard, Columbia, Stanford, MIT, UVA and elsewhere. 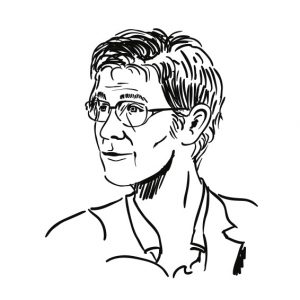 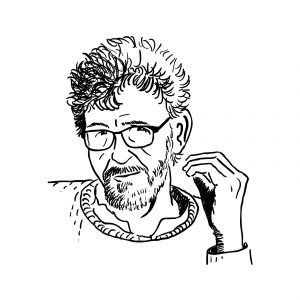 Luc Baboulet is architecte DPLG. He teaches studio and theory at l’Ecole Nationale d’Architecture de Paris-Est. He has written in various architecture reviews, and is currently member of the editorial committee of Marnes, documents d’architecture. After having worked on American architecture and on Reyner Banham, he is currently carrying out a theoretical reflection and prepares a book on the theme “architecture as experience”.

Sébastien Marot, philosopher by training, professor in architectural history and culture, Sébastien Marot teaches environmental history at the École d’Architecture de la Ville et des Territoires de Paris Est and, as a visiting professor, at the EPFL and the Graduate School of Design at Harvard. He is the author of several books, including L’Art de la Mémoire, le territoire et l’architecture (2010) and Taking the Country’s Side: Agriculture & Architecture (2020), the catalogue of the exhibition of the same name that he mounted as part of the Lisbon Architecture Triennale. As a translator, he also co-edits the magazine Marnes: documents d’architecture.