Winding is a core element of electrical machines. Its characteristics strongly affect the performances of the motor. Due to the current manufacturing process, the winding’s geometry is most of the time restricted to rounded wires that we turn in certain ways. Nevertheless, with the recent growth of additive manufacturing technologies for conductive materials, we could now 3D print winding, providing much more freedom on the possible geometries/topologies. The goal of this research is to find novel topologies for future 3D-printed winding, to improve electrical machines’ performances.

Regarding the design aspect, the conventional method relying on the designer’s experience or intuition cannot fully exploit the available freedom. In order to find the best geometries, an algorithmic design tool, also called “Computational Morphogenesis” is developed. It consists in formulating the design problem as an optimization one. The so-called “Topology Optimization” method is implemented in this research. It is a computer-aided approach that directly investigates the distribution of material inside a discretize design domain that improves a defined objective. It can achieve any kind of shapes/of topology without initial assumptions.

Initially developed for structural mechanics (maximization of the stiffness) and compliant mechanisms design (maximization of output displacement), this approach is re-formulated to be applied to the design of conductor path to realize windings. 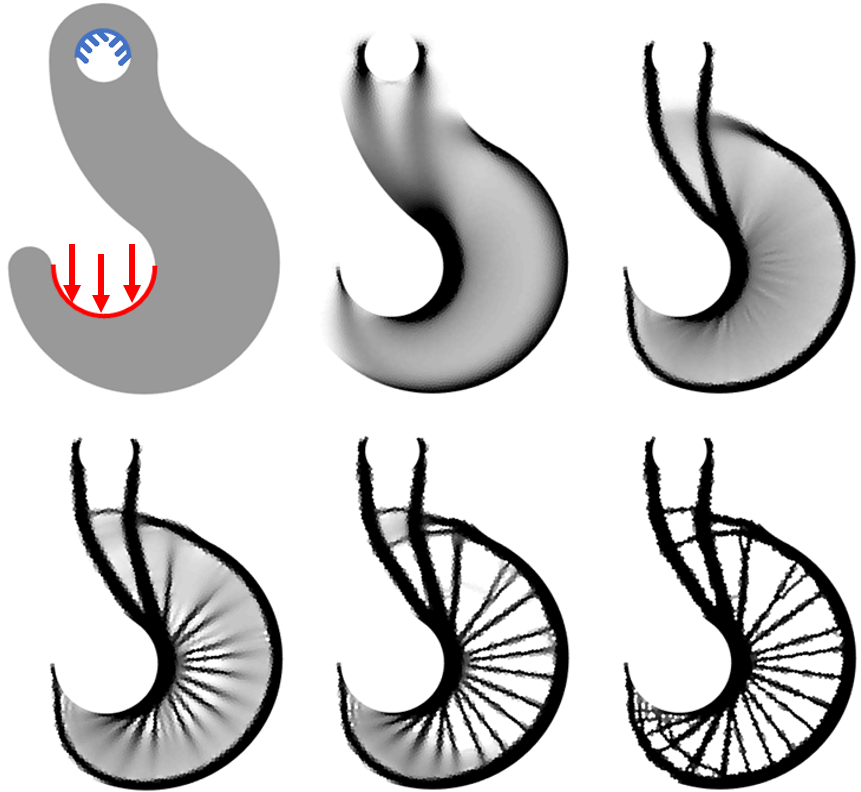 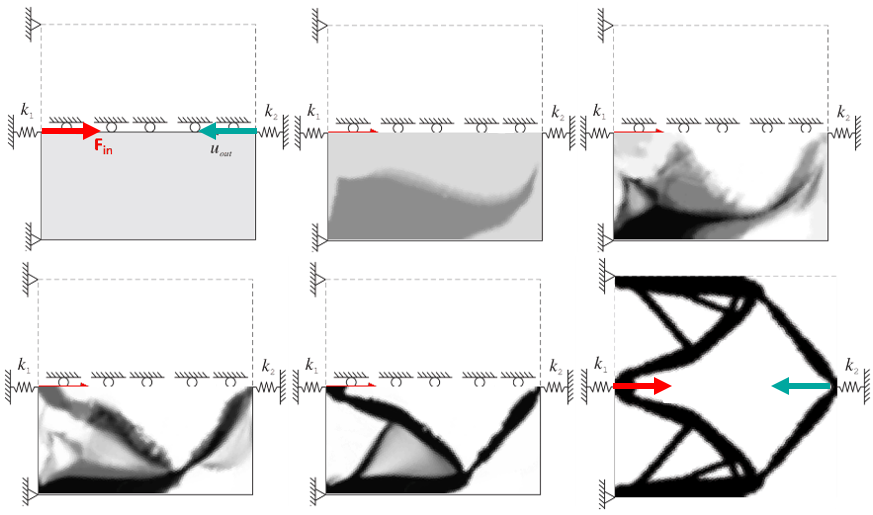 Current state of the research

Up to now, the developed framework permits the design of conductor paths inside a 2D design domain subject to a voltage difference as boundary conditions. The objective is formulated as the maximization of magnetic flux inside Regions Of Interest (ROI, grey parts on the figure) as well as the minimization of the conductor’s resistance. The flux direction can also be specified, as it can be seen on the figure below where the direction changes between the regions of interest. 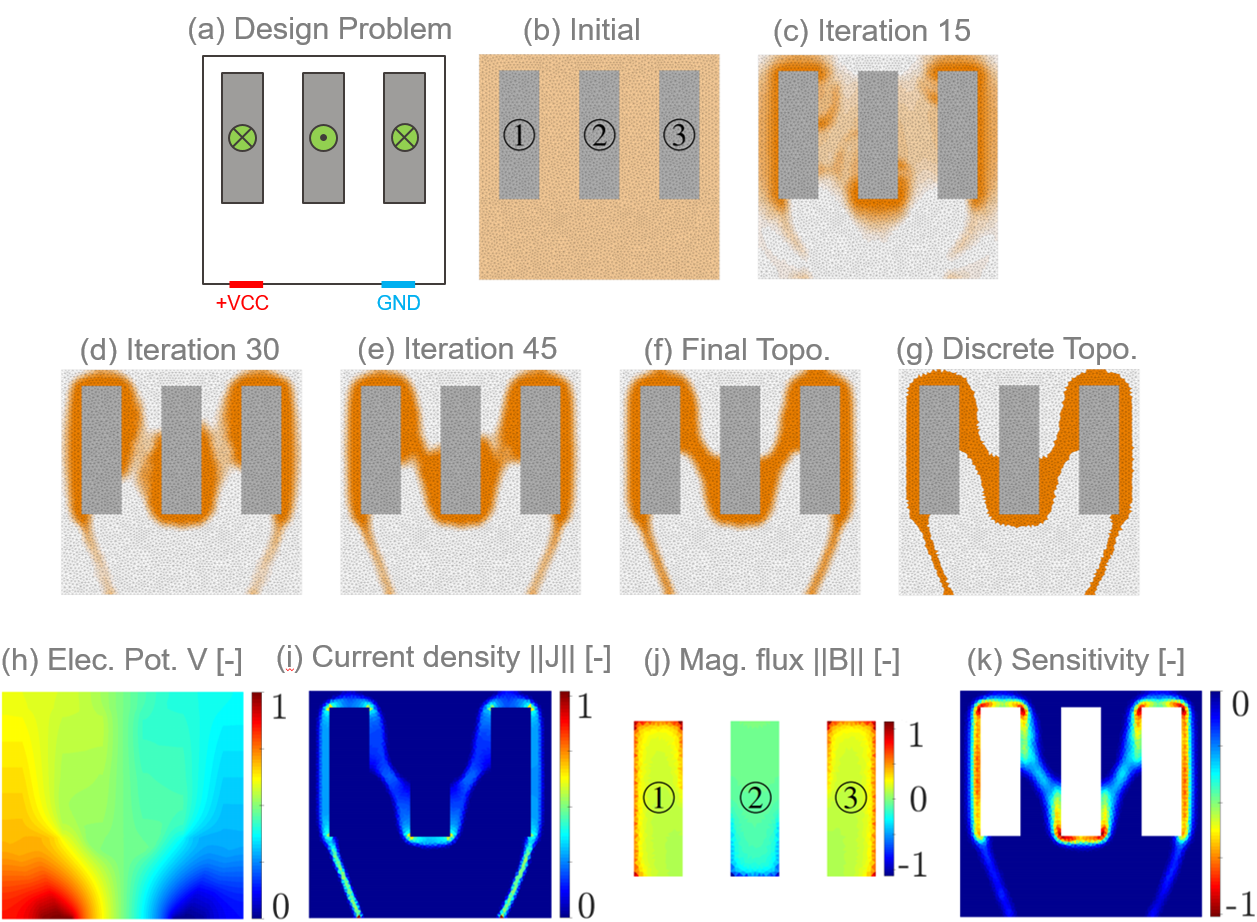 The developed framework will be extended to objective functions improving more explicitly electrical machines’ performances. The 2D topology optimization will be extended to 3D. Due to the significant increase of operations, this will require the use of parallel computing based on GPU. Prototypes will also be 3D printed in copper or aluminum to validate the simulation results.