Although mechanical oscillator are ubiquitous in our modern information technology, and used in time-keeping, MEMS accelerometers or in radio frequency filters in cell-phones, yet their quantum control had remained an outstanding challenge. The ability to achieve such quantum control has been a longstanding challenge of condensed matter Physics1 and quantum optics2 alike. In contrast to trapped ions3 no efficient manipulation techniques were available. Over the past decade, this has become a reality: Following quantum control of individual isolated quantum systems, the latter has now been extended to macroscopic, engineered mechanical oscillators,  owing to the advances in the field of cavity optomechanics4–6. 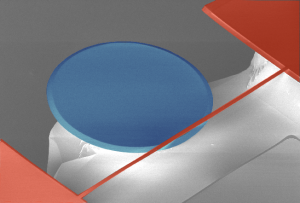 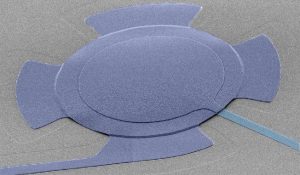 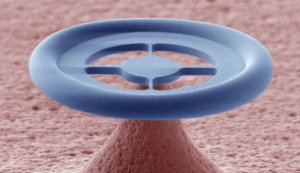 Figure 1: Mechanical systems in the quantum regime utilizing cavity opto-mechanical and electromechanical coupling for past research at EPFL.

While the coupling of optical and mechanical degrees of freedom has a long history in establishing the theoretical limits of interferometric position measurements for gravitational wave detection7,8, radiation pressure forces were too weak to be experimentally measurable on macroscopic mechanical oscillators. In 2005, working with Kerry Vahala at Caltech Kippenberg discovered that optical microcavities are natural embodiments of this coupling as the exhibit both high Q optical modes coupled to co-located mechanical modes. This allowed the observation for the first time pressure dynamical backaction9 – a delayed form of radiation pressure backaction that enables amplifying mechanical motion. The discovery of radiation pressure dynamical backaction in microresonators8 was not anticipated or predicted in this system, and broke with the conventional dogma that such forces are masked by thermal effects10 and enabled to experimentally explore the radiation pressure coupling of light and mechanical motion, which had been theoretically analyzed since 1970 by Braginsky in the context of gravitational wave detection. Radiation pressure had also been proposed to cool mechanical motion by Braginsky8. In 2006, Kippenberg’s research group at the Max Planck of Quantum Optics demonstrated for the first time (simultaneously to Zeilinger11 and Heidman12) radiation pressure cooling of a mechanical oscillator11,12, and demonstrated that the effect was purely ascribed to radiation pressure.  Although this cooling had been originally predicted by the Russian Scientist Braginsky in 196919 the quantum limit of this method had remained unexplored. An important advance in theoretical understanding, was the development of a first quantum theory or radiation pressure dynamical backaction cooling (developed by the Kippenberg and Zwerger groups, simultaneously to F. Marquardt and S. Girvin13). This work demonstrated the close analogy to sideband cooling of trapped ions14,15, and identified the resolved sideband regime. Radiation pressure resolved sideband in the optical domain was realized at the MPQ in 2008 for the first time16, thereby demonstrating a technique that is capable of cooling the oscillator to the quantum ground state, a key prerequisite to exploring the quantum regime of mechanical oscillators, that requires temperatures far below those cryogenically available. Since this first demonstration, resolved-sideband cooling has been the workhorse of virtually all experiments aimed at observing quantum effects in macroscopic mechanical resonators17.

The immense attention that the optomechanical cooling experiment garnered in the years following 2006, let numerous groups to explore this new interaction in various micro- and nanoscale optomechanical18–21. Optomechanical coupling and the effects of radiation pressure in such structures, enabled major scientific advances and breakthroughs by numerous groups, and equally important numerous theoretical advances, that continue to this day. Experimental breakthroughs include cooling close to the quantum ground state22–24, phonon lasing9, entanglement25 of mechanical motion and microwaves, observation of radiation pressure shot noise26, optomechanical squeezing27,28, quantum coherent coupling22,24, measurements of a mechanical oscillator at the thermal decoherence rate29, coherent state transfer30, backaction evading techniques3031 and preparation of mechanical squeezed states323334, among others. Indeed, these experiments signal that after quantum control of atoms, ions and superconducting circuits, quantum control of engineered mechanical oscillators has become a reality. It has also has led to new technological developments, such as interfaces that convert via mechanical systems radio waves to optical signals35, quantum limited measurements of radio waves36, optomechanical accelerometers, or amplification of microwaves37. Theoretically a myriad of advances have been made and theoretical protocols emerged, for instance new schemes for optomechanical reservoir engineering to generate optical and mechanical squeezing3839, and entirely new interactions of light and sound conceived40 to create topological phases of light and sound.

Fundamentally, these experiments use identical conceptual advances, notably optomechanical coupling in engineered micro-resonators and the use of sideband cooling or amplification. The Kippenberg laboratory contributed not only via the observation of dynamical backaction of radiation pressure, but via the development of optomechanical techniques and nano-optomechanical systems used in the field. The Kippenberg group reported the novel phenomenon of optomechanically induced transparency25, that is widely used in optomechanical experiments as it is a required protocol in storage of phonons41, wavelength conversion35,42,43. The team developed calibration techniques for the vacuum coupling rate, that are widely employed in the field44, in addition to identifying first limits of classical phase noise to cooling16 and extending optomechanics to near fields45, proposing schemes for Fock state generation46 and analyzing multi-mode optomechanical interactions47. In addition his group developed a cooling theory for describing the oscillator in the strong coupling regime48, which was key to understand the regime of ground state cooling22 in the presence of quantum coherent coupling. Moreover his team advanced the most precise measurements of mechanical motion to date, and demonstrated the first measurement26 (simultaneously with a group in the US at JILA27) of a mechanical oscillator with a sensitivity sufficient to resolve the zero point motion, i.e. a measurement at the standard quantum limit (SQL)4950, culminating in real time quantum feedback29. In addition the Kippenberg laboratory reported quantum coherent coupling of light and mechanical motion, work in which the mechanical oscillator spends more than 1/3 of its time in the quantum ground state13.

The discovery of optomechanical coupling along with the successful laser cooling of mechanical oscillators demonstrated by his research group, along with other advances on optomechancial systems, has led to the development of a new research field of “cavity optomechanics”4,5, that has led to methods and techniques by which quantum control of mechanical systems can be achieved and by which mechanical oscillators can be measured with unprecedented sensitivity. Moreover, optomechanical coupling has been extended to other forms of mechanical systems such as superfluid modes, trapped particles51, plasmonic systems, or even molecules. It moreover has led to entirely new ways in which electromagnetic or optical fields can be manipulated, measured or interconverted, with evident application potential.

“Since this first demonstration, resolved-sideband cooling has been the workhorse of most experiments aimed at observing quantum effects in macroscopic mechanical resonators”17

Key publications of the Kippenberg lab on:  Cavity Quantum optomechanics