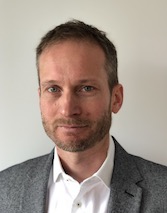 Pascal Frossard is Full Professor in the Electrical Engineering Institute of EPFL, where he heads the Signal Processing Laboratory (LTS4). Since 2018, he serves as Associate Dean for Research in the EPFL School of Engineering. His research interests include image and video processing and coding, visual information analysis, multi-view imaging, interactive image communication systems, error control algorithms and information theory, as well as graph-based signal processing.

He got his M.Sc. and Ph.D., both in Electrical Engineering, from the Swiss Federal Institute of Technology (EPFL), Lausanne, Switzerland, in 1997 and 2000 respectively. In 1998, he graduated from the Doctoral School of the Communications Systems Division of EPFL. Then he started his PhD with the Signal Processing Laboratory of the Swiss Federal Institute of Technology  in Lausanne, where he was involved in a joint partnership between Hewlett-Packard and EPFL. The topic of his PhD research was on error-resilient and multi-resolution video communications. Between 2001 and 2003, he has been with the Media Delivery Architectures Department of the IBM TJ Watson Research Center (Yorktown Heights, NY, USA), where he mainly worked on media compression, streaming technologies and delivery architectures (iSee, SENDS and ARMS projects). In 2003, he joined the Signal Processing Institute of EPFL as head of the LTS4 laboratory, under a professorship grant from the Swiss National Science Foundation (FNS). In 2006, he has been appointed as Tenure Track Assistant Professor in the Electrical Engineering Institute of EPFL. He has been appointed as Associate Professor in the same institute in 2013, and as Full Professor in 2020.