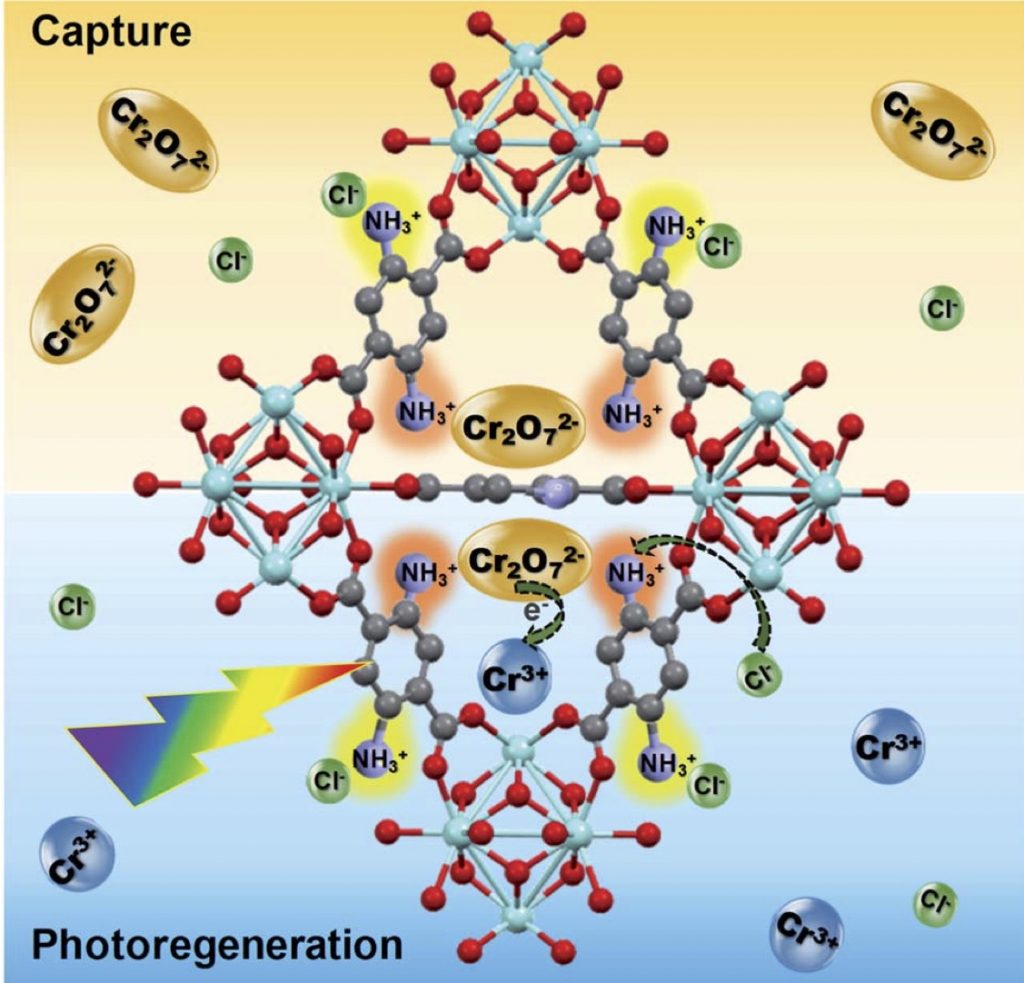 Herein, a novel integrated adsorption–photoreduction system, which captures highly mobile and toxic hexavalent chromium (Cr(VI)) from real-world water samples and reduces it to less mobile and benign Cr(III) species, was designed. To do this, a known Zr-MOF, UiO-66, was functionalized with double amino groups. This modification permits the new material, Zr-BDC-(NH2)2, to play a dual-purpose as both adsorbent and photocatalyst. Next, Zr-BDC-(NH2)2 was incorporated into [email protected] beads ([email protected]) using polyethersulfone (PES) that was chemically modified with carboxylic acid groups to improve hydrophilicity. The modification enhances the Cr(VI) extraction rate of the beads by a factor of ∼3 when compared to the unmodified counterpart. In addition, Zr-BDC-(NH2)2@PB offers one of the highest Cr(VI) uptake capacities reported to date, rapid extraction rates, high selectivity for Cr(VI) in real-world water samples, and full recyclability. The adsorption and subsequent regeneration cycles are carried out in a glass column equipped with a visible light source, demonstrating that the Cr(VI) concentration is brought below drinkable levels, and the Cr(VI) subsequently photoreduced to Cr(III) species using light irradiation during adsorbent regeneration. To the best of our knowledge, this is the first demonstration of MOF-based adsorption–photoreduction of Cr(VI) in a single process.