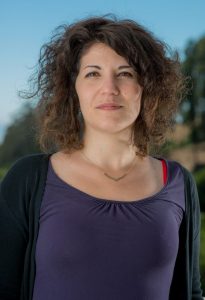 Dr. Raffaella Buonsanti has started her position as Tenure Track Assistant Professor at at the Institute of Chemical Sciences and Engineering (ISIC) of the École Polytechnique Fédérale de Lausanne (EPFL) in November 2015. She received her Master Degree in Chemistry from the University of Bari in 2006. In 2010, she graduated in Chemistry from the University of Salento working at the National Nanotechnology Laboratory (NNL, in Lecce-Italy). She continued her research as a postdoc at the Molecular Foundry, the Nanoscience Research Center at Lawrence Berkeley National Laboratory (LBNL). After two years as a postdoctoral researcher, she was promoted to Project Scientist in the Molecular Foundry. Then, from 2013 to 2015, she was a tenure-track staff scientist at LBNL where she started her own research program. At EPFL, Professor Buonsanti implements a highly interdisciplinary approach, spanning from Chemistry to Materials Science and Chemical Engineering, to address fundamental challenges in energy technologies. Through the core expertise in colloidal synthesis, her team develops novel approaches to complex materials to drive chemical transformations.