Besides the below-offered topics for master and semester projects, we welcome you to bring your ideas and elaborate on a project with us.

Whether you are interested in one listed topic or bring some ideas, we strongly encourage you to meet with lab members to learn about the research in LCSB.

Reconstruction and Exploration of the Bee Gut Microbial Community 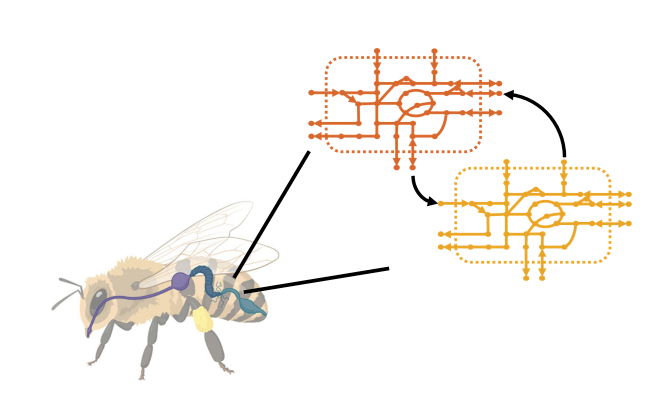 Bees are at the epicentre of our complex ecosystem. Consequently, the significant increase in fatalities of this vital pollinator raises great concerns about the reproduction of plants and the agricultural production on which humans depend. Numerous studies have shown that bacterial communities (called microbiota) composition and interactions in animals’ guts are critical for their hosts’ general health. Therefore, understanding the bees’ microbiota interactions would allow us to apprehend the issues behind bees decline.

Our group, Laboratory of Computational System Biotechnology (LCSB), is part of a Federal competence centre on microbiomes (https://nccr-microbiomes.ch/) working on experimental and computational approaches to model, analyze, and engineer natural and synthetic microbiota in animals, plants and environment. This master project will be part of one of these collaborations with Prof Philipp Engel at the University of Lausanne (https://engelbeelab.com/).

Within this project, we offer two master projects. One is the exploration of the metabolic capabilities of two organisms for which the genome-scale models have already been reconstructed. The second one is the reconstruction of the other organisms populating the bee gut microbiome. Both projects will start with the students familiarising themselves with the in-house methods and models. Then, the students will perform a literature search on relevant scientific achievements around the bee gut microbiota and identify the open questions about the microbiota’s complex interactions, such as the effects of pesticide or secondary bacteria, foreign bacteria, and variation of the nutrition or others. Finally, the students will use the available tools and the information collected to answer open questions and others that might arise during the project. 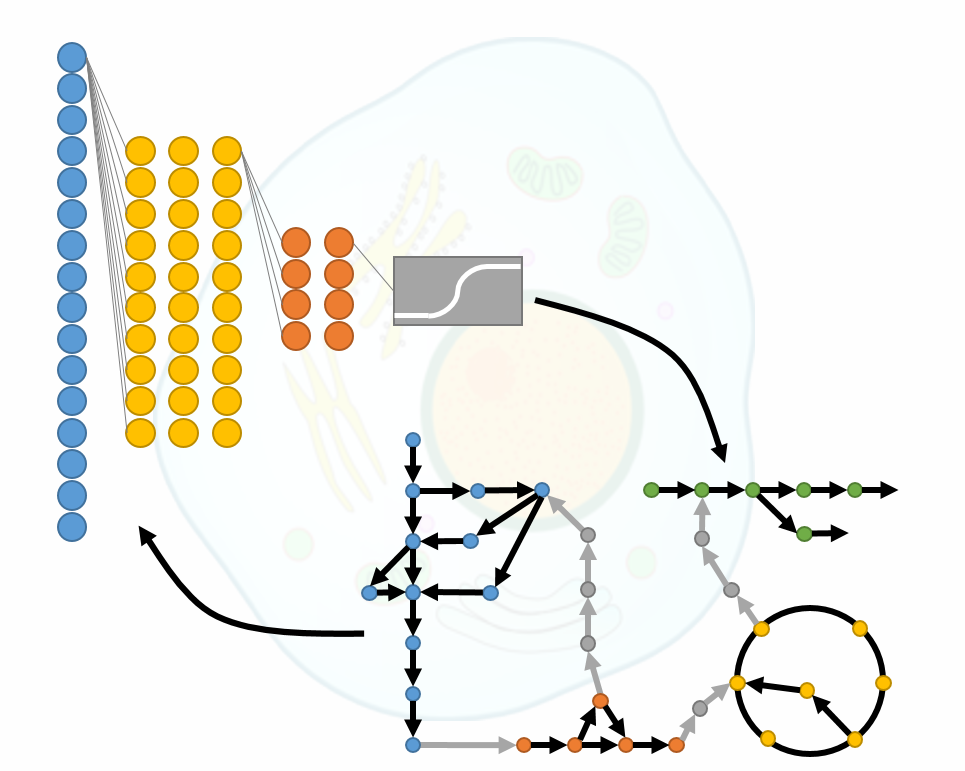 Kinetic models are indispensable in systems and synthetic biology studies of metabolism as they allow us to capture the dynamic behavior of metabolism and predict dynamic responses of living organisms to genetic and environmental changes. The scientific community has recognized the utility and potential of kinetic models, and efforts toward building large-scale and genome-scale kinetic models are recently intensified. Nevertheless, the development of these models is still facing the challenges, such as the characterization of the parameter space. Despite the abundantly available data, it is difficult to determine the parameters accurately describing the observed physiology. The reason for this is intrinsic nonlinearities and complex dynamic behavior of living organisms.

In this Master’s project, we propose to address this problem by studying generative neural networks to construct a population of large-/genome- scale kinetic models consistent with the experiments. The project will be conducted in several phases: training the neural network, validation of results, sensitivity analysis/hyperparameter tuning, and application to a broader class of problems. The obtained models will then be validated against the experimental data. Then, the student will improve the neural network’s performance by analyzing its structure. Finally, we will explore the application of such fine-tuned neural networks to a set of experimental data that describes alternative physiologies. Biopharmaceuticals are medical drugs produced through genetic manipulation of living cells. They are mainly produced using mammalian cell lines given their similitude with human cells. The Chinese hamster ovary (CHO) are the most used cell lines to produce therapeutic proteins.
The reconstruction of high-quality curated genome scale metabolic models (GEMs) for CHO cells, enables the application of modern Systems Biology for the analysis and understanding of culture behavior under different bioprocessing conditions. The consideration of constraint-based mathematical models facilitates the integration of available experimental data to analyze and understand the relationships between the different elements of the system and predict the response to perturbations.
The objective of this project is to study CHO cells metabolism under different environmental and bioprocessing conditions (media composition, feeding schedule). We will use the CHO GEM and constraint-based methods such as flux balance analysis or thermodynamic-base balance analysis to examine the alternative culture media, to study the effect of the medium composition on intracellular reactions, and to reveal metabolic differences among cell lines.

Comparison of the metabolism between various malaria parasites 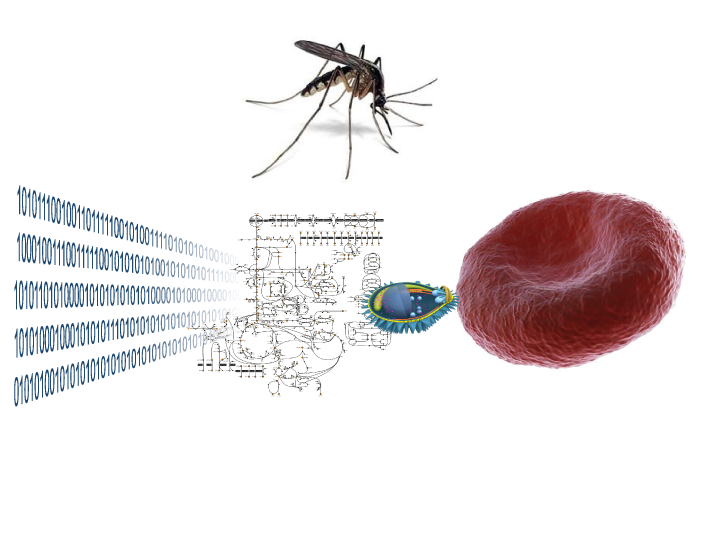 Malaria is a major global health care concern, and kills half a million people each year. It is caused by protozoan parasites of the genus Plasmodium. There are five parasites capable of infecting humans and their metabolism is slightly different. The eradication of malaria requires the identification of drug targets in all of the malaria parasites.

In this project, we aim to perform comparative analysis of the malaria parasites’ metabolism for the identification of common drug targets. We will use genome-scale metabolic models (GEMs) of the malaria parasites and apply constrained-based approaches like Flux Balance Analysis (FBA) and Thermodynamics-based Flux Analysis (TFA). These tools serve to perform mass and energy balances on the GEMs of the parasites. We will investigate in-depth the metabolic networks and identify the metabolic differences that define the characteristic behavior of each Plasmodium species. 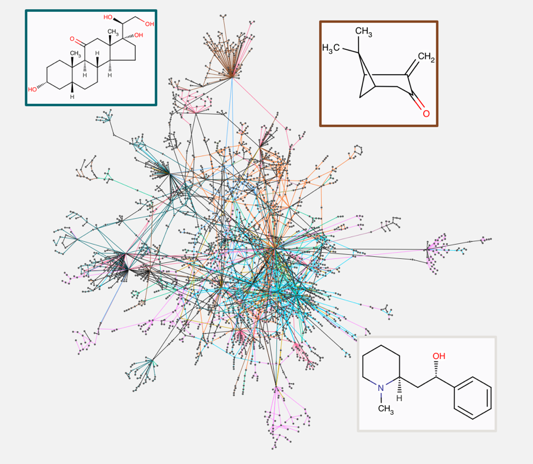 Today’s knowledge of biochemistry is far from being complete, especially when it comes to the more exotic biosynthesis routes of secondary metabolites. The pathways of peripheral metabolism produce highly complex molecules, some of which have valuable pharmaceutical or industrial properties. Many of these highly interesting metabolites have been extracted from plants and characterized, but their complex biosynthesis pathways remain unknown.

Using the computational tool BNICE.ch we can predict novel biotransformations and novel metabolites, which helps us to complement existing knowledge and to expand metabolic networks towards novel, hypothetical biosynthesis routes. We further use network analysis tools in combination with biological and chemical databases to explore and analyze, and evaluate possible biosynthesis routes that produce interesting pharmaceutical compounds. The output of our analysis will shed light on the metabolic processes and, at the same time, help metabolic engineers to modify organisms for the controlled production of these chemicals. 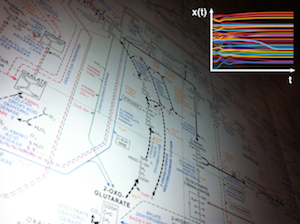 Stoichiometric models of large-scale metabolic networks are widely used to perform flux balance analysis, and explore different steady state characteristics of complex biochemical systems. However, these models cannot be used the study the dynamic properties of these systems, such as transitions between steady states. For this purpose it is required to take into account the information about the kinetic properties of these reaction networks. Incorporating this information for the generation of kinetic models requires the formulation of the reaction rate expressions for each and every individual biochemical reaction in the system. To build the rate expressions we need to consider the properties of each reaction regarding its molecularity, its thermodynamic and kinetic properties. Although the kinetic mechanism of many reactions is well studied, in most cases the exact kinetic mechanism is not known. Therefore, under different assumptions, distinct generalized approximations are often used.