The central research focus of the Laboratory of Systems Biology and Genetics (LSBG) is to understand genome organization, regulation, and variation and is broadly partitioned according to three major research pillars:

In the “Adipo” pillar, we are characterizing the regulatory mechanisms driving mesenchymal stromal cell heterogeneity and function in adipose biology and other metabolically relevant processes.

In the “Geno” pillar, we are examining how variation in the regulatory code affects molecular and organismal diversity.

In the “Techo” pillar, we are developing novel microfluidic, high-throughput sequencing, single cell omic, and computational approaches, which are used to address biological questions in the other two pillars. 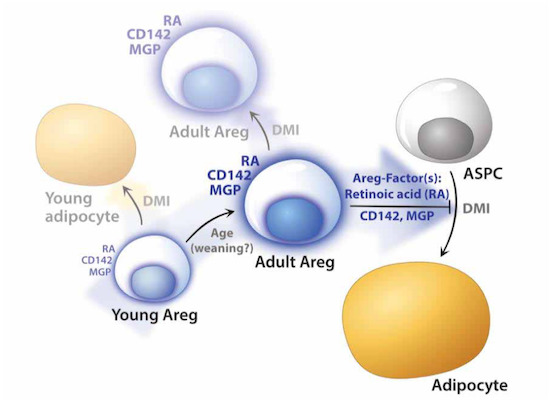 A new technique keeps cells alive during extraction to track the activity of thousands of genes across time. The breakthrough method is called Live-seq and was jointly developed by scientists from the groups of professors Bart Deplancke at EPFL and Julia Vorholt at ETH Zurich.

The work published in Nature is also highlighted by over 30 news outlets such as preLights (Preprints selected by the Biology Community);  Le Monde (French), German National Radio (German), and Genetic Engineering & Biotechnology. Its Altmetric score has already exceeded 900. The ability to identify which genes are expressed in a single cell, called single cell transcriptomics (scRNA-seq), is revolutionizing biology by allowing us to address fundamental problems with unprecedented resolution, such as how cells develop into a plastic tissue or how they trigger disease. However, several major technological limitations of scRNA-seq remain.

Bioengineers in Deplancke’s group have found a way to radically increase the efficiency of single-cell RNA-sequencing, a powerful tool that can “read” the genetic profile of an individual cell. Published in Nature Methods, the method is dubbed “DisCo” for “deterministic, mRNA-capture bead and cell co-encapsulation dropleting system”. Presentation of Prof. Bart Deplancke with laudation by Prof. Didier Trono at the Cloëtta Prize Ceremony in Zurich.

The JEDIs are early career scientists working on Drosophila melanogaster in Europe.